Fireball Whisky is known for spicing it up, and their new premixed cans are packing some serious heat. Launching in two flavours – Fireball with Apple and Fireball with Cola – cinnamon lovers can expect a tantilising treat with an unexpected twist: the cans glow in the dark. Thanks to this incredible innovation, late-night drinkers can finally stay lit while they get lit. 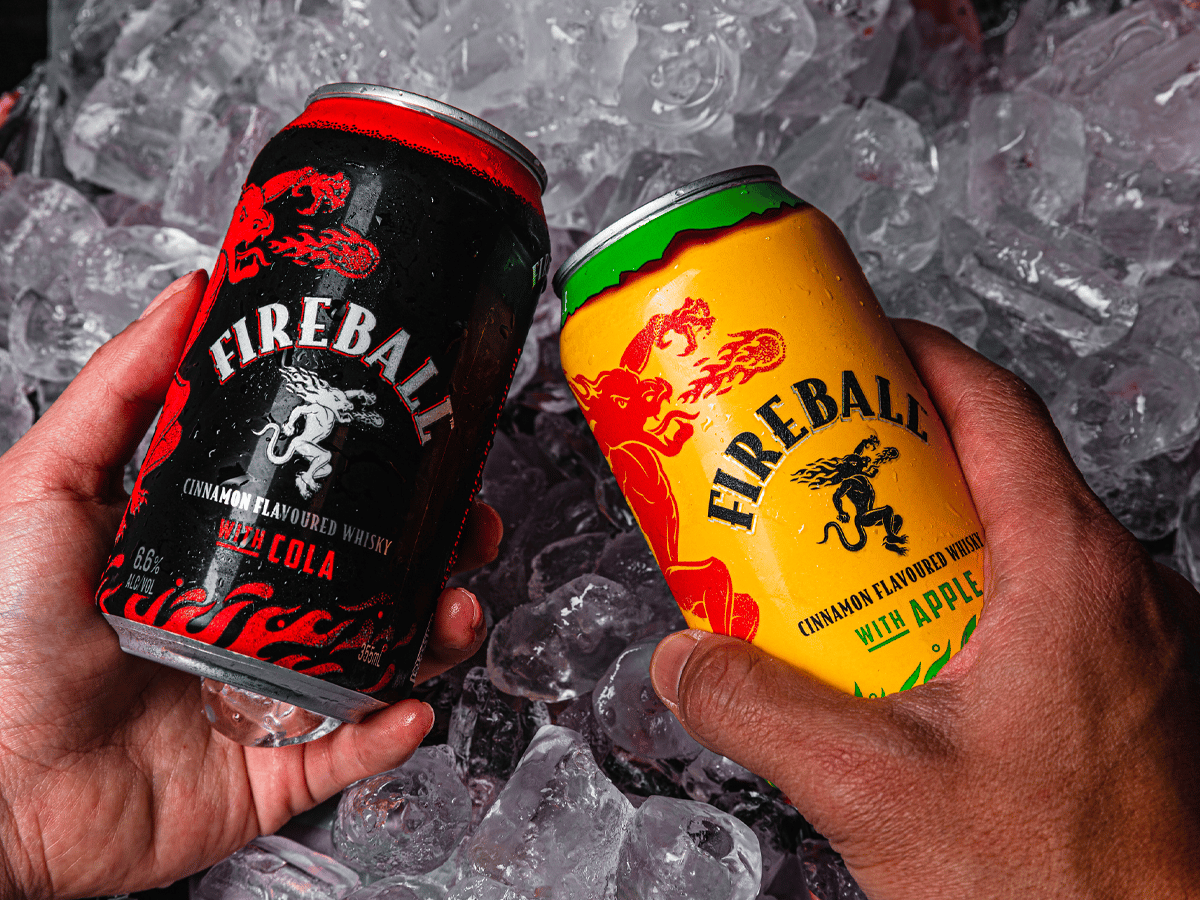 Offering convenience and a smooth transition into late-night shots, the 355mL cans are mixed at 6.6% ABV, including 1.8 standard drinks in each serving. Fireball frothers can get their hands on the neon green dragon just before Halloween, with cans set to hit shelves from October 21 priced at AU$29.99 for a 4 pack.

For apple and cinnamon whisky lovers, Fireball with Apple fuses sparkling apple with a generous serving of Fireball for a refreshing yet spicy sip. Bourbon and cola fiends can score a spicy twist on the classic combo with a Fireball Whisky with Cola premix – similar to the much-loved classic bourbon and coke but with a cheeky cinnamon twist only Fireball can bring.

If the concept of Fireball in a glow-in-the-dark can is blowing your mind, prepare yourself for another bombshell. In addition to the above, Fireball is coming up big for the boozehounds with its glow-in-the-dark Fireball “Dragon Serve” with Cola. At 10% ABV this spicy number is intensely heated with more Fireball Whisky, less mixer. At two standard drinks per can, this 10% ABV mix will have you reaching for the lasers in no time.

For those ready to go full throttle, all three cans will be hitting the shelves with a RRP of $29.99 from Friday 21st of October.