Whether it be gin, whisky, vodka or rum, a great drop is in the mouth of the beholder. The purely subjective experience of identifying the big, bold flavours that tickle your tastebuds is a hard thing to quantify with any real authority, however, the London Spirits Competition (LSC) comes pretty close. Each year, the world’s best spirits producers descend onto the cobblestone streets of Old London Town to see how their finest releases measure up and this year was no exception. The revered event saw over 900 entries from across the globe, with 447 representatives from the UK and 323 of our homegrown heroes offering up drops. However, for all the intrigue, prestige and pomp, it was a little-known maker from Norway that went home with the chocolates. Oss Craft Distillery, producer of Bareksten Gin was named Spirit of the Year, while also collecting gongs for Gin of the Year, Best Spirit by Package and Best Spirit by Quality.

You’ll also like:
We Made Our Own Whiskey. Here’s How to Get Your Greasy Mitts On It
Johnnie Walker’s $35,500 48-Year-Old Scotch Unveiled
The Best Whisky in Australia for 2021 Has Been Named 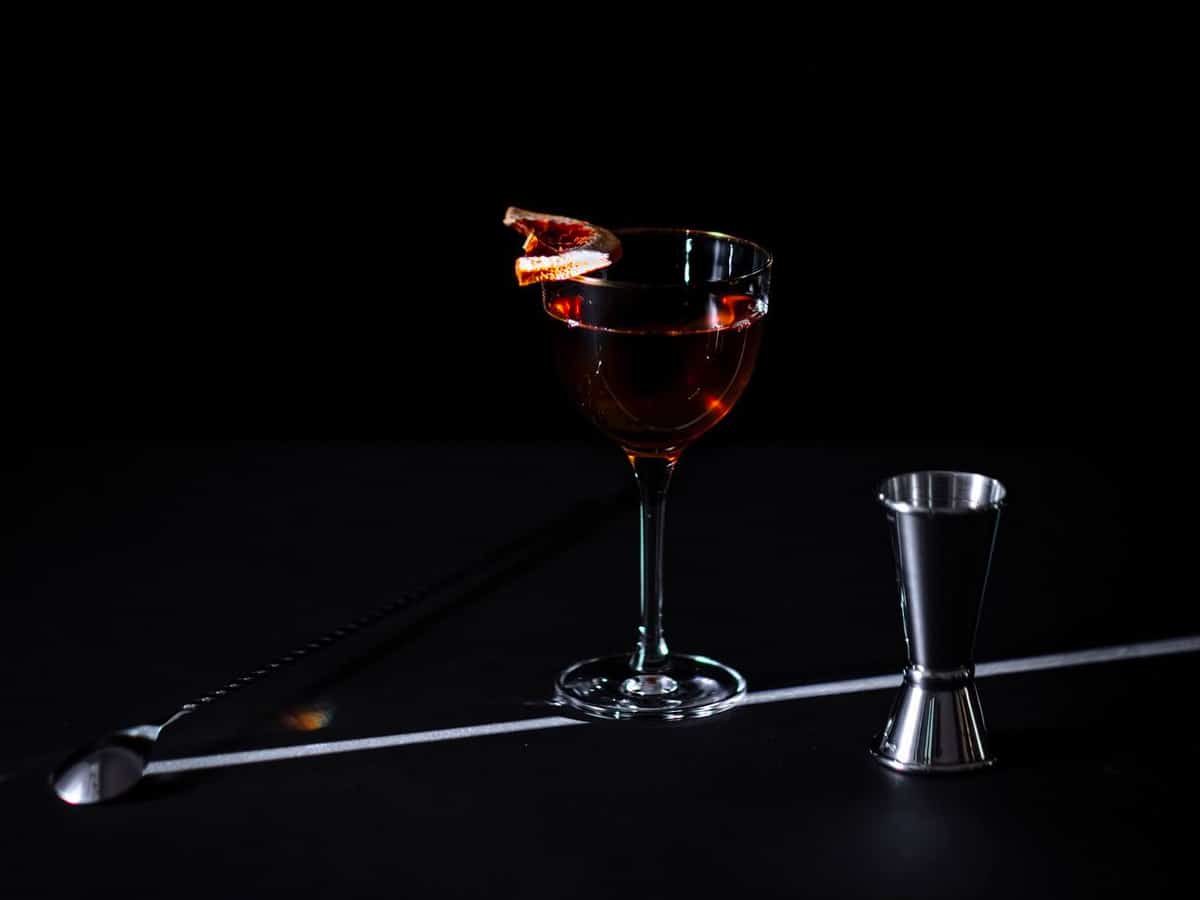 How the Awards are Calculated

Held from March 23-25 in St. Marys, the London Spirits Competition sees entrants engage in a points-based system, with spirits judged on three key criteria: quality, value and packaging. The judging panel then pulls those metrics together and awards each release a score on a 100-point scale, which helps to categorise the entrants into placings. Those spirits that score in the 90-plus point range receive a Gold medal, those spirits that score 76-89 points receive a Silver medal, and Bronze medals are awarded to spirits that rate between 65-75 points. The unique grading system means that entrants are subject to stringent requirements across all facets of the sensory experience, something Fabio Spinetti, head of bars at Carlton Tower Jumeirah, believes to be vitally important.

“The quality of the liquid in the bottle is essential – if that doesn’t measure up, then the spirit certainly doesn’t stand up to closer scrutiny,” Spinetti told Forbes. “I like the fact that the spirits are not only judged on their flavour profile, but also on the packaging, which is a crucial factor, as well as the all-important saleability. Considering the brand as a whole, rather than simply the taste, is a really good way to assess a brand.”

For spirits producers, the 2022 ceremony marked a welcomed return to physical events, particularly for Australian distillers who had been unable to attend international events over lockdown. One such producer is Ambleside Distillers, which walked away from this year’s competition with the Australian Best in Show Award for its Big Dry Gin. Scoring a whopping 93 points, the South Australian producer’s 45% ABV gin was lauded for its generous juniper notes and dry aromatic structure. Savoury on the palate, Big Dry Gin comes loaded with rich botanicals like rosemary thyme, kaffir lime and sage, with jalapeno providing a bit of kick.

On the whisky side of things, Melbourne distillery Starward managed to snag two gold medals and six silver medals. The brand’s iconic Solera Cask managed to rake in a solid 91 points, while the unique Octave Barrels came in at a wildly impressive 93 Points. The top-ranking whisky, however, went to US distillery Spirit Hound for its Straight Malt release, a 90 proof whiskey brewed with locally-produced malt. Locally, Australia performed well on the international stage, with 18 releases securing Gold Medals. The best of the lost was Ambleside, however, there were strong performances from Young Henrys, Earp Distilling and Starward. Here are the top 10 Australian producers from the 2022 London Spirits Competition.

Looking to the big categories for the night, there were some standout results. Bareksten managed to snag a series of accolades for its Navy Strength Gin, while Vestal Vodka performed strongly and US-based Spirit Hound Distillers picked up Whisky of the Year. Here are the major award winners for the 2022 London Spirits Competition. 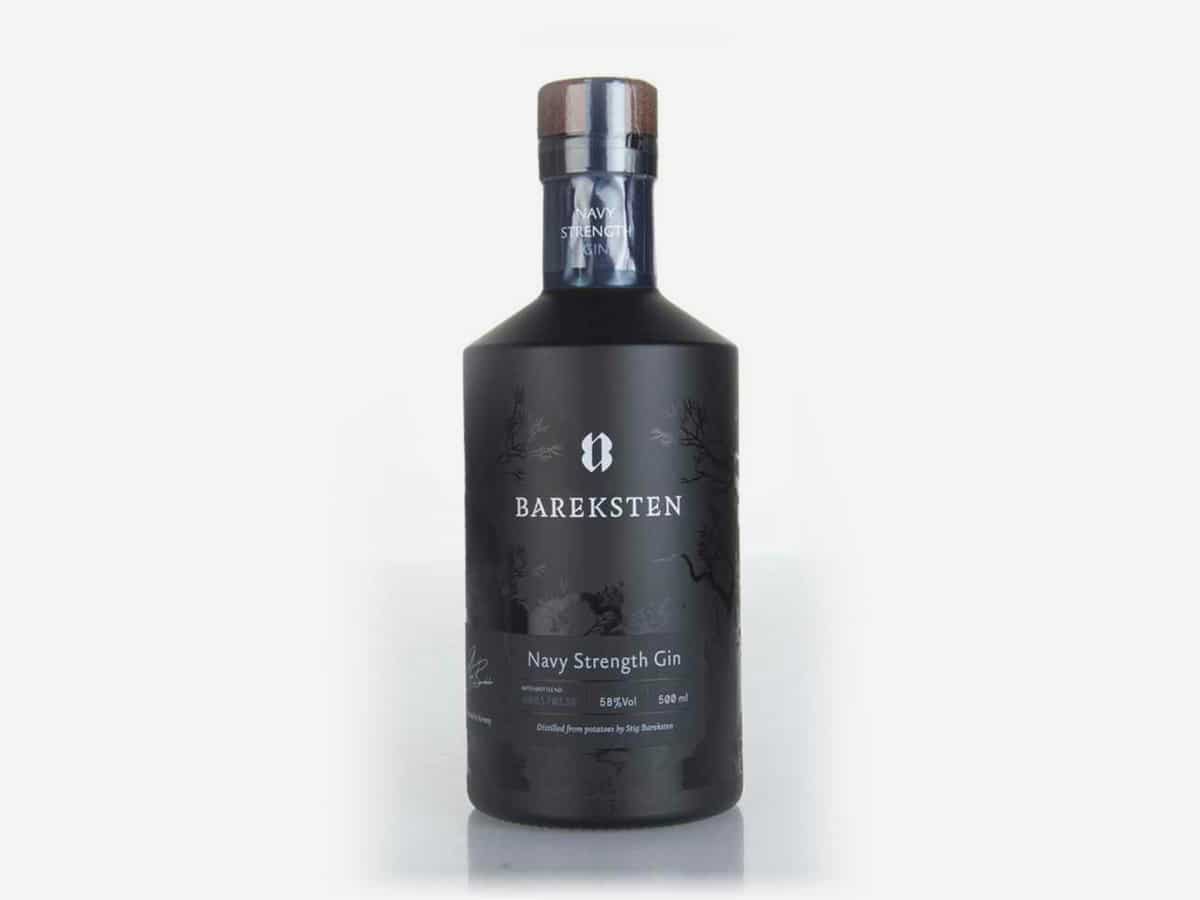 The Navy-strength edition of Bareksten’s award-winning Botanical Gin, this iteration hit the big time in 2022, taking out awards for Gin of the Year, Best Spirit by Quality, Best Spirit by Package and Spirit of the Year. Produced with botanicals including juniper, coriander, blueberries and elderberry flower, the aromatic tipple comes in at a hefty 58%ABV, meaning it more than packs a punch. The latest award comes after Bareksten Navy Strength Gin was named Country Winner in the Navy Gin category and the 2020 World Gin Awards. 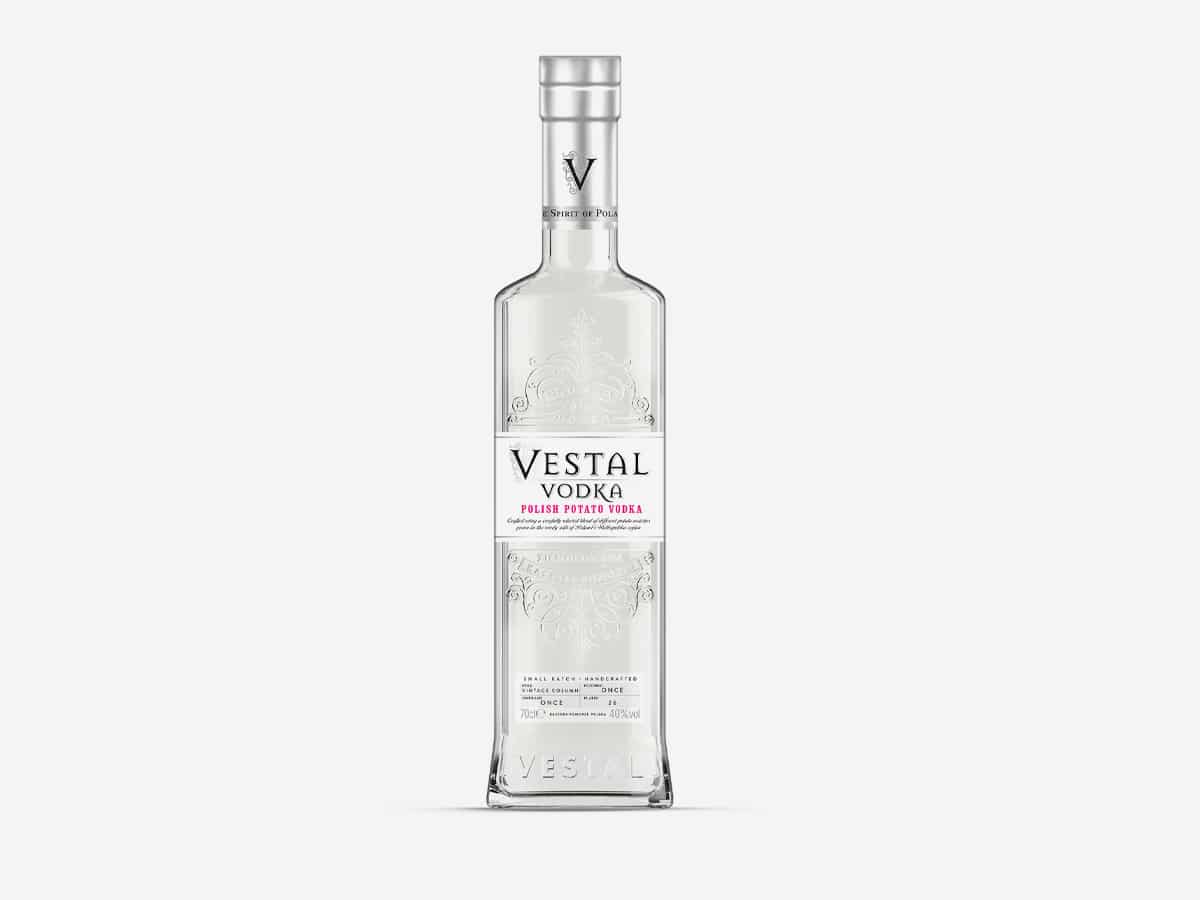 Vodka of the Year – Vestal Vodka

On the vodka side of this, it was a Polish specialty that claimed top honours. Crafted from a unique blend of Asterix, Innovator and Russett Burbank potato varieties grown locally and pure Polish water, Vestel Vodka is a rich spirit loaded with aromatic notes. The vodka is distilled once in a vintage 26-plate column still and filtered once through charcoal, which leaves a long-lasting vanilla note on the palate. 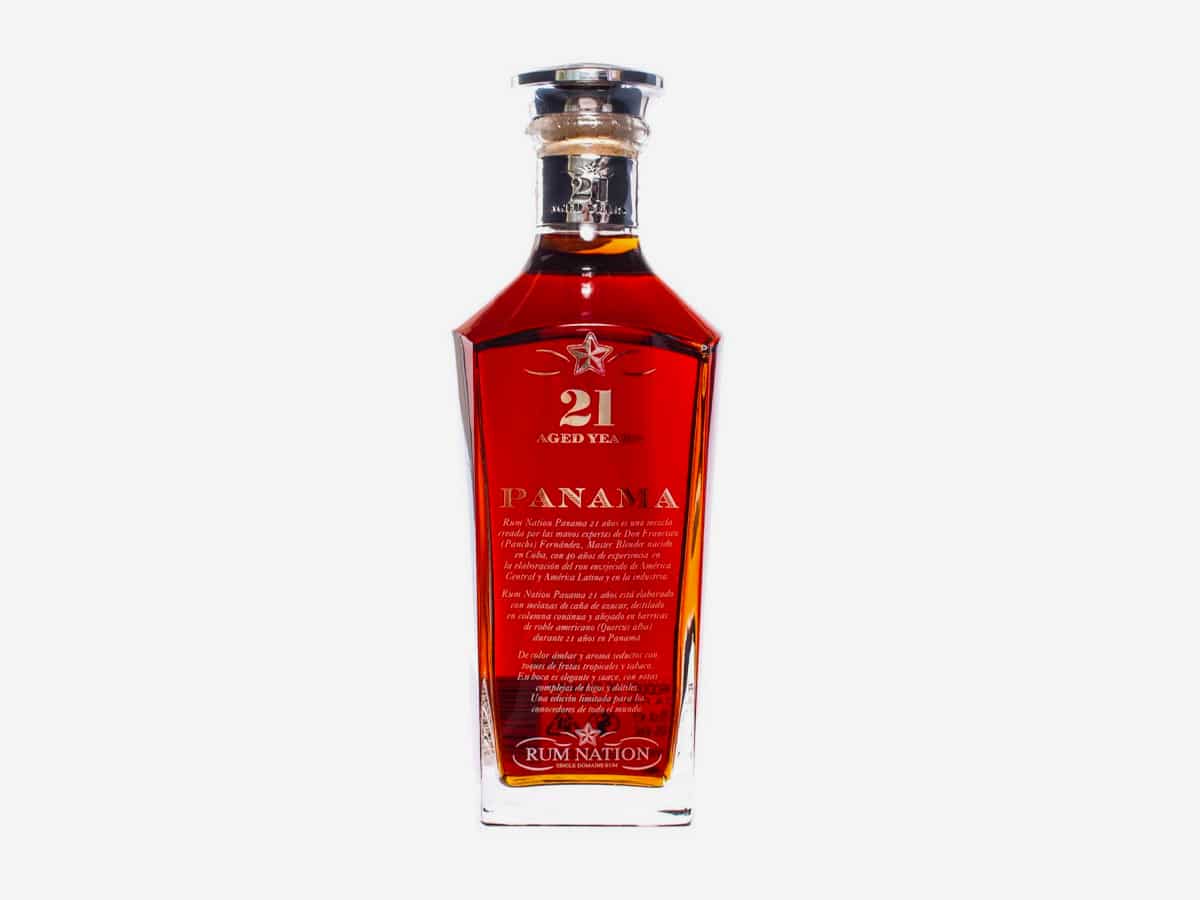 As far as rum goes, Rum Nation’s Panama 21 Aged Years is hard to ignore. For a touch over USD$100, the rich small-batch release oozes with sugarcane influence, arriving at a unique crossroads of wine and brandy. The deep red colour of the spirit is also a major drawcard, however, it doesn’t hit as hard as you may think. At 40%ABV, the Rum Nation release features an intense sweetness highlighted by dates, raisins, honey and chocolate, that then becomes more aromatic through the finish. 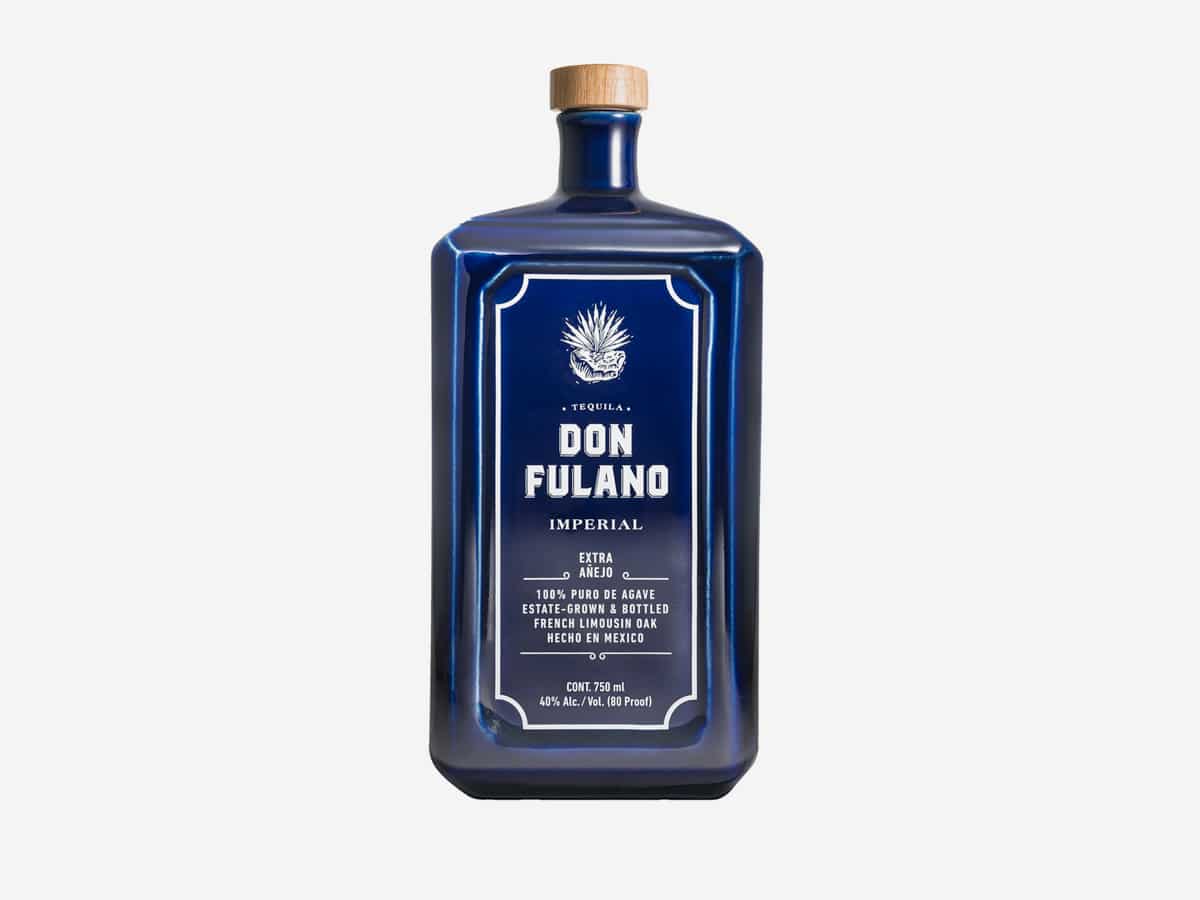 Winner of Tequila of the Year at the 2022 LSC, the Don Fulano Imperial is built on some strong foundations. As the label’s oldest tequila, Imperial arrives finished in an Oloroso sherry cask, delivering a seriously smooth and complex drinking experience. According to the tasting notes, the tequila is abundant in fruit notes and spices like clove and macadamia, and “deeper layers of maple, tobacco and a lavish aroma of black cherry”. 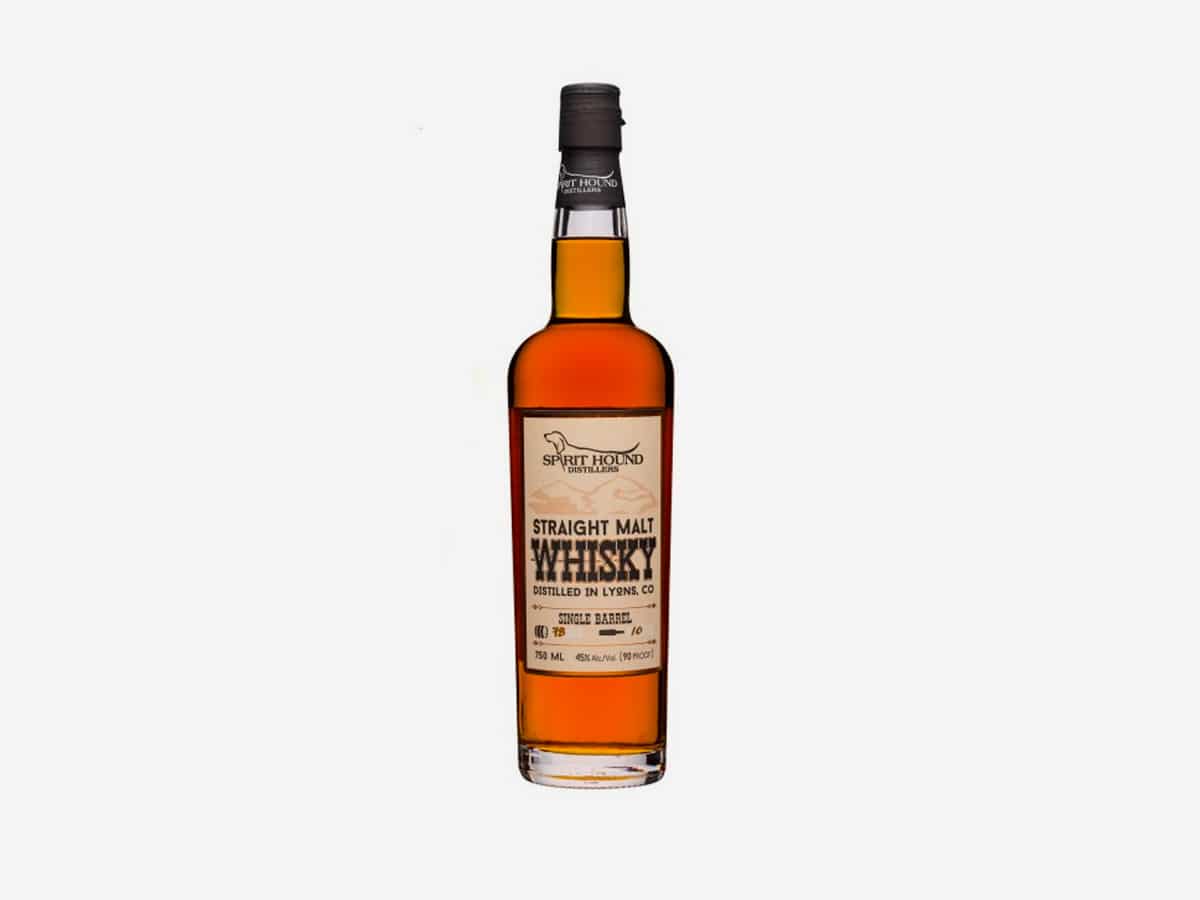 Colorado-based Spirit Hound Distillers took home the title of Whisky of the Year at the 2022 LSC, receiving the highest quality rating of any US-based spirit. It’s an incredible result for a brand with just on 10 years under its belt, however, co-founder, co-owner, and head distiller Craig Engelhorn believes that hard work pays off.

“We’re just about 10 years old, in a state with no distillery much over 20 years old, so in distillery years, we’re still infants,” he told The OnTrade. “This is proof that our commitment to using Colorado grain, mashing and distilling on our own handmade equipment, with unconditional love for the craft is paying off.”

The 100 per cent malt whisky gains its “straight” label by abiding by the US rules that dictate all whisky age for a minimum of two years, which Spirit Hound does exclusively in fully charred American oak barrels. Bottled in an unblended, single-barrel manner, Spirit Hound’s Straight Malt Whisky is choc-full of oak, toffee, caramel and turbinado sugar aromas with light smoke and a silky body. Landing somewhere between traditional Grappa and Tennessee whiskey, the Grappa Riserva Invecchiata in Botti da Whiskey is unlike anything you’ve had before. Aged for over two years in oak barrels and then passed into American barrels, the release has a bold new-age flavour that is reminiscent of the Southern spirits icon. Bottle at 44%ABV, it’s not exactly heavy, however, it does give a nice kick, which is exactly what you’re after in a brandy. 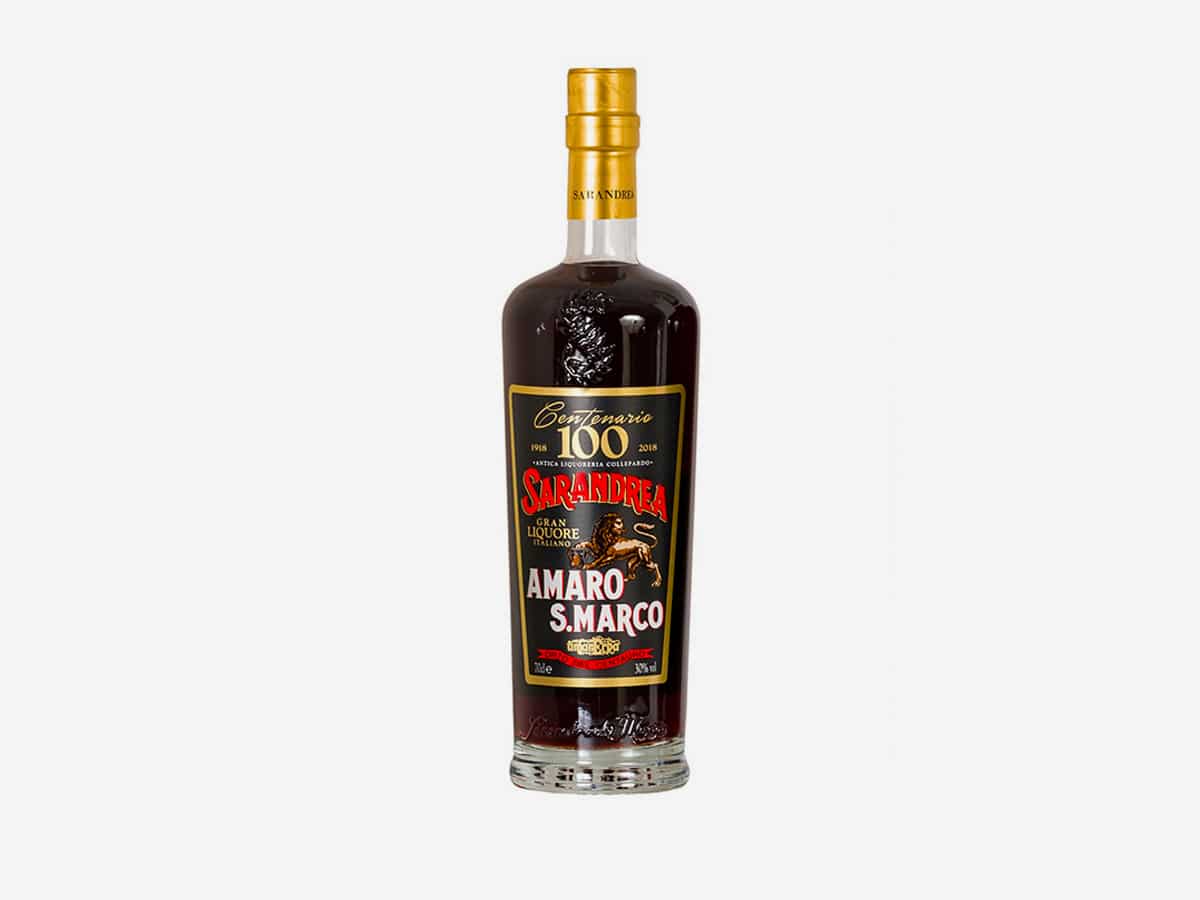 Made from an infusion of herbs grown in the Ernici Mountains of central Italy, Amaro San Marco is a liqueur that delicately walks the line between fragrant and bold. What started as a medicinal tonic has undertaken a complete change of pace, being named Liqueur of the Year at the 2022 London Spirits Competition. 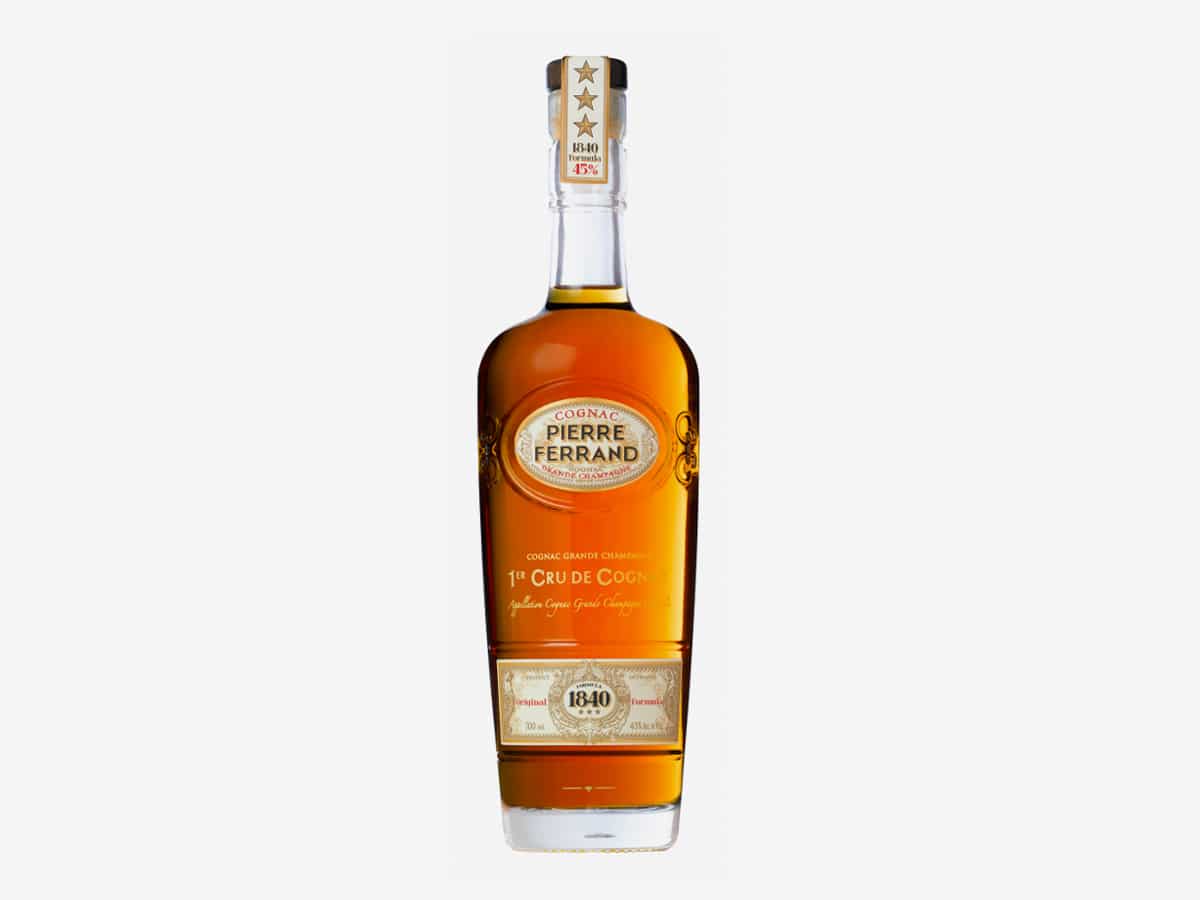 Ferrand 1840 Original Formula is a revival of the Ferrand Classic 3 Star Cognac, and this year, it made a serious splash, taking out the title of Cognac of the Year. Comprised of eaux-de-vie produced from vines located at Angeac, Grande Champagne, Ferrand’s premier release is distilled in Alambic Charentais and aged in Limousin oak barrels, delivering a rich harmony of floral fragrances, fruity flavours and delicate spice. 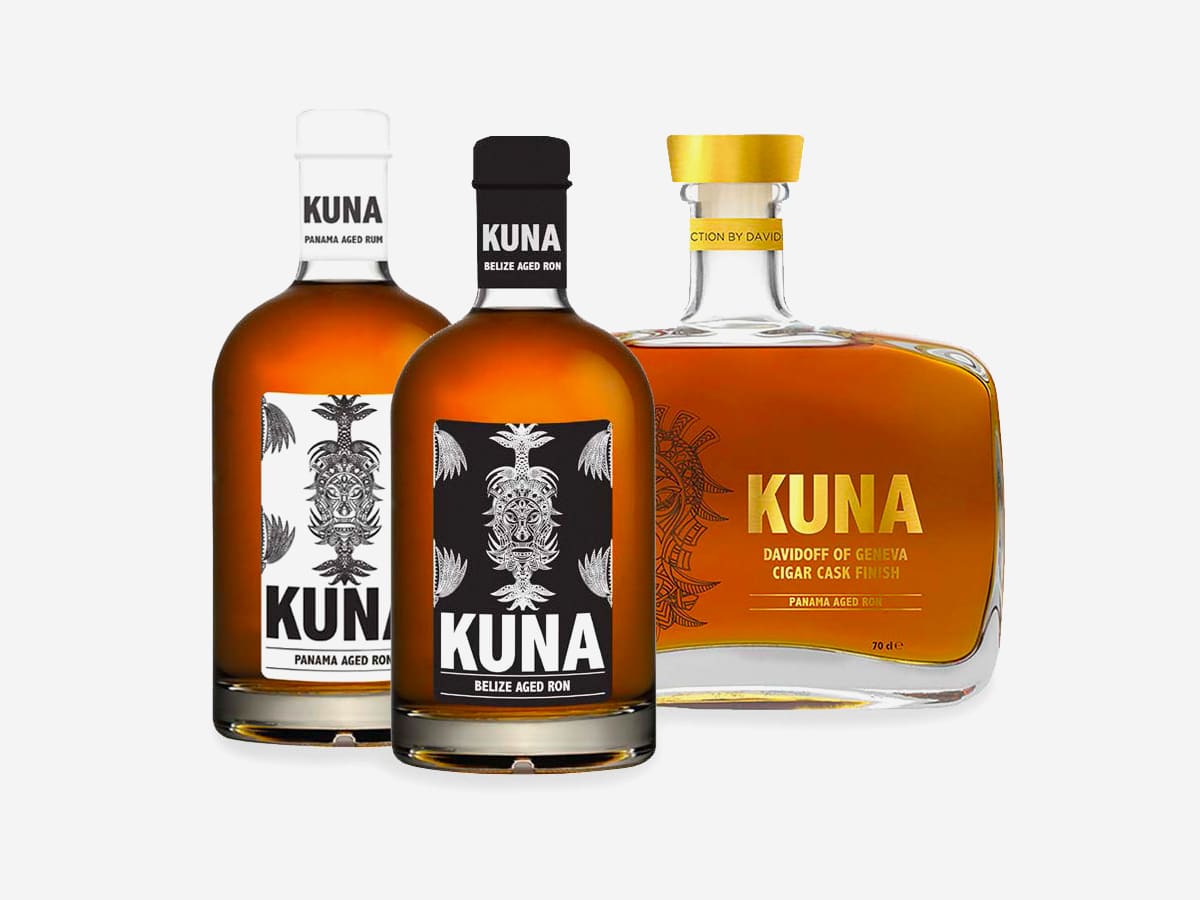 Premium rum producer Lookout Beverages Group managed to secure Distillery of the Year at the 2022 London Spirits Competition, courtesy of a blockbuster 12 months in the space. The company responsible for labels Emperor, Kuna and Canaoak has made serious inroads in sustainable practices, while also unveiling a host of new releases. The latest accolade comes after the company secured Gold Medals for its Emperor Rum Sherry Finish, Silver Medals for the Emperor Private Collection and Emperor Rum Lily White and Bronze for the Kuna Panama at the 2021 LSC. 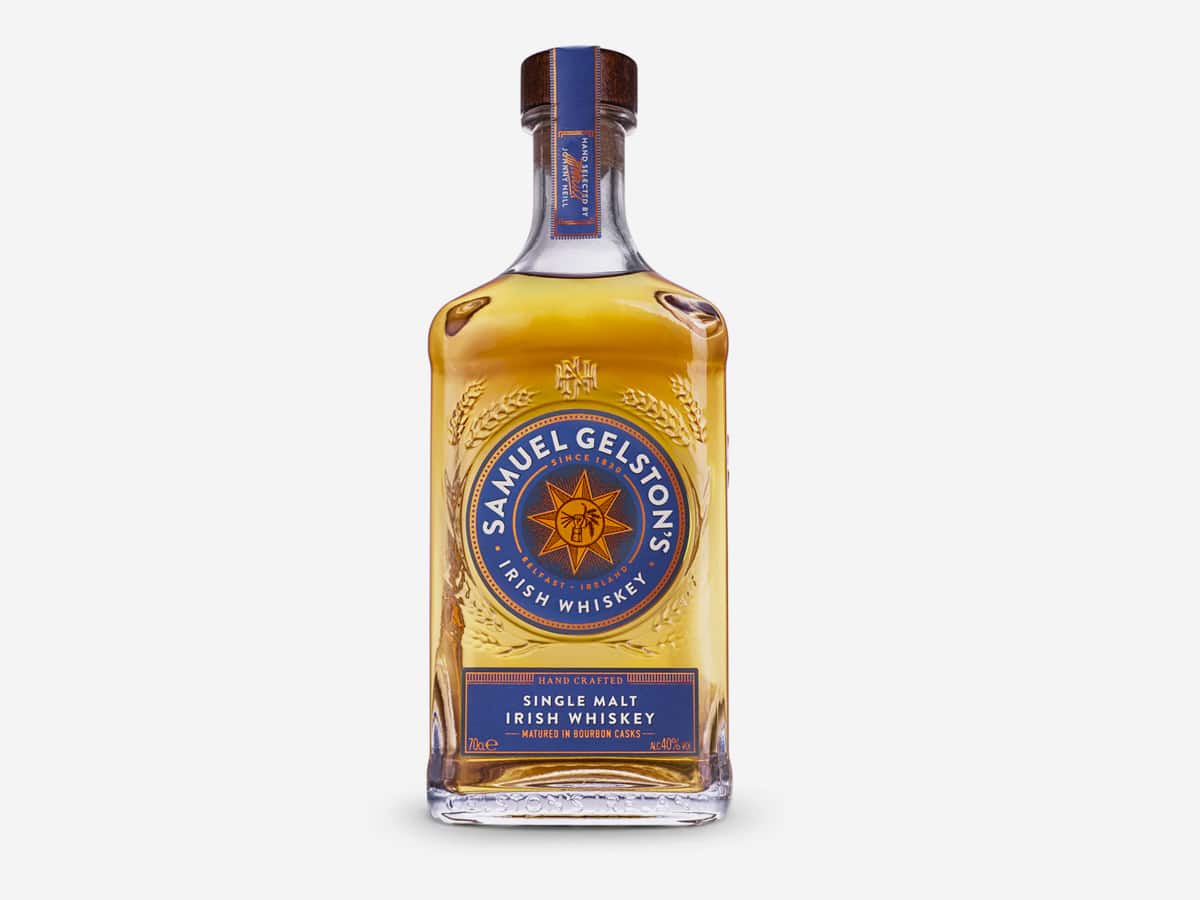 Non-age statement Single Malts aren’t always the favoured choice, however, for this year’s competition, the judges took a liking to Samuel Gelston’s Single Malt Irish Whiskey. Matured in ex-bourbon casks, the premium release features a savoury spice note on the nose, bolstered with a hint of malt and nutty chocolate. In 2021, the drop scored a Silver Medal at the San Francisco World Spirits Competition, however, went way further this time around, securing the Best Spirit by Value award for the London equivalent.

What is the best spirit in the world?

What is the best rum in the world?