If you’re having a bad day, let us warm your heart with some incredible news: Hasbulla is coming to Australia. Management company, The One Hour Group, has announced on social media that the 19-year-old sensation from Dagestan is heading Down Under – assuming customs clear those weapon fists of his. 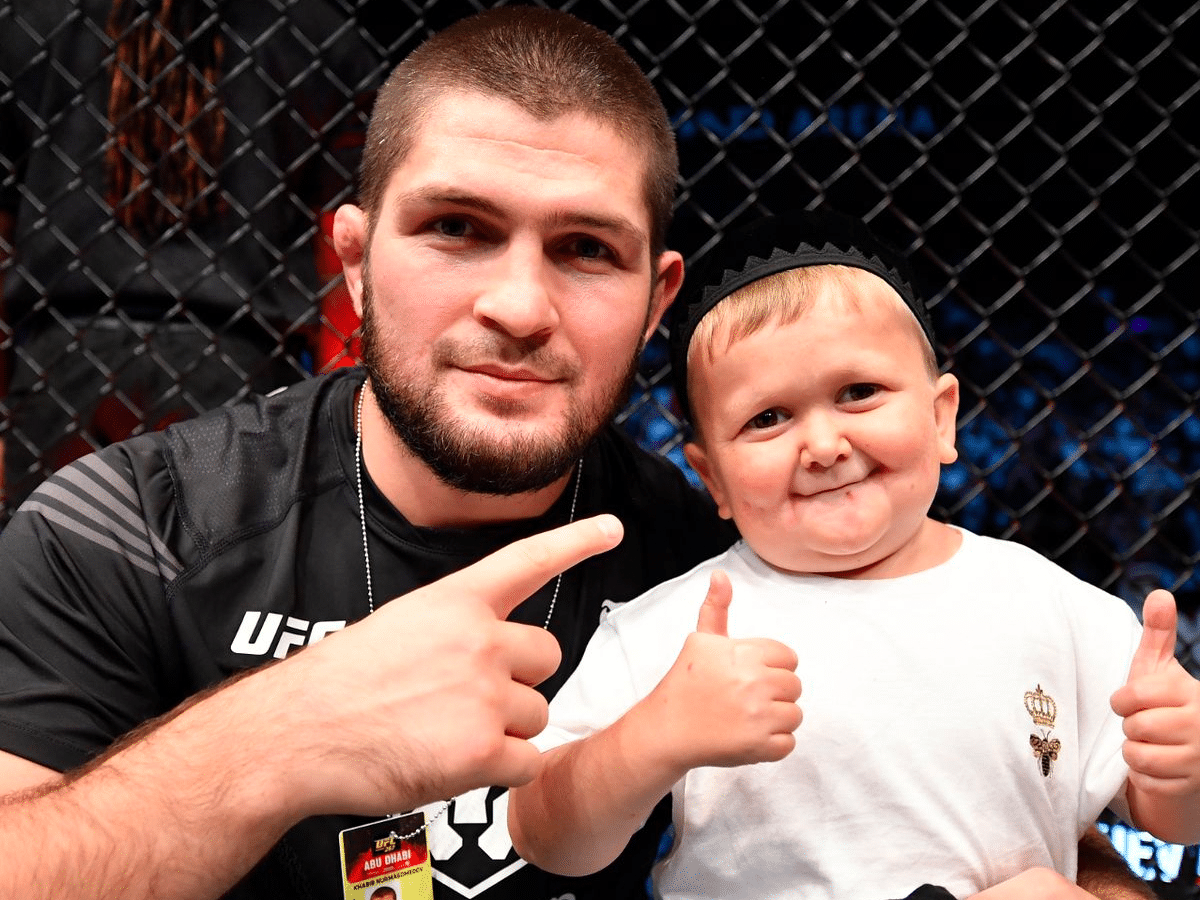 Unfortunately, The Hour Group simply stated “details incoming” on Instagram, offering little to quench our thirst for more information. While they are yet to reveal specifics, previous tours such as An Evening With Khabib Nurmagomedov, An Evening With Kobe Bryant, and An Evening With Shaq lead us to believe Aussies may be in for another killer speaking event. And based on how the company has promoted the drop of two signed Khabib Nurmagomedov x Hasbulla x Tyson Beck Limited Edition Trading cards, we can assume the young CEO will be setting up shop with some collectibles for the fans.

As you’d expect, locals were ecstatic to learn “Mini Khabib” was making the trip, sending the comment section into a frenzy. One commenter wrote: “MY LIFE IS COMPLETE. The [email protected]&ing King!”, while another said it will be the “biggest arrival since The Beatles”.

“I could not care less about Ronaldo. I am more famous than him,” He stated proudly. “The only thing he does in a match is pass around the ball.”

Hasbulla was also asked about his archenemy Abdu Rozik, who lives with the same growth hormone deficiency as he does, using the opportunity to address their rumoured upcoming fight. “When I’m in Dubai, his home, he is nowhere to be found”, he said. “But when I go back to Dagestan he starts talking that talk. And when we actually square up in person, he freezes. He literally can’t move. But next time I see him, it’s on sight.”

Later in the interview, the social media icon shared his political ambitions, entertaining the idea of one day working inside the government. He said: “I want to become Minister of Internal Affairs for Dagestan… First I’ll find my haters and make them panic. I’ll slow down the speed limit within the city, but increase it on the highway. All the speed cameras are coming down.”

You have our vote, Hasbulla.