For the sixth time, Australians‘ shit has revealed their collective drug use, and in figures released by the Australian Criminal Intelligence Commission, the results are pretty clear: Sydney loves its cocaine.

These reports, now in their second year, test the wastewater from treatment plants all over Australia, in an effort to monitor what illicit substances are being used by the inhabitants of each region and city. Produced in partnership with the University of South Australia, and the University of Queensland, ACIC is able to pinpoint with a high degree of accuracy an illicit substance’s prevalence based on region: a very handy crime-fighting tool with regards to finding where supply is at the highest.

Covering over 50 per cent of Australia’s population, the tests reveal both expected and unexpected trends. As some parts of the country grapple with an ice epidemic, it’s no surprise that of the estimated AUD$9.3 billion spent on illegal drugs between mid-2017 and mid-2018, 80 per cent went towards the purchase of methylamphetamine.

Though popular in other parts of Australia, Sydney’s cocaine use near-tripled that of Brisbane and Melbourne, on a per-capita basis, with 1.2 grams of cocaine per day used per one in 1,000 Sydneysiders. Brisbane and Melbourne showed just .4 of a gram of the devil’s dandruff per the same figure.

Interestingly, the Northern Territory also showed a healthy (or rather, unhealthy) appetite for Californian Cornflakes with a gram per day for every thousand residents.

SMH reported ACIC chief executive officer Michael Phelan as saying: “It is astounding that Australians waste over $9.3 billion a year on drugs, this is money people could be spending on legitimate goods for themselves and their families.”

We’ll leave the interpretation of the word “waste” open here, especially considering that the focal point of this story is fecal, but the important report does show an alarming level of dangerous drug use, including high levels of heroin use in Victoria, as well as high levels of methylamphetamine use in Western Australia, though usage has been declining in the capital, Perth.

Sydney’s effluence revealing, to little surprise, affluence, with its adoration of the expensive party drug of the rich, the famous, and the employed-by-banks–showing up at such high (heh) levels is hardly surprising to anybody who’s ever queued for a bathroom cubicle in a busy Sydney bar, but given that the rates are so alarming, it will be interesting to see if this affects any efforts by police to stymie the distribution of the shout louder powder, or whether the denizens of the Emerald City will continue to imbibe the booger sugar at the extreme end of the scale.

Watches
For Him & Her: A Closer Look at the Longines Master Collection Moonphase Watches

Entertainment
This Remote-Controlled Batmobile is an Adult Collector's Wet Dream

Appliances
REVIEW: Smeg A Modo Mio Elevates Your Capsule Coffee Game
YOU MAY ALSO LIKE 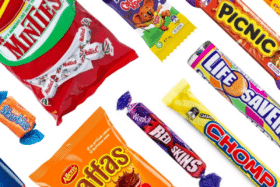