James Bond is making its modern video game return with the release of the classic Nintendo 64 title GoldenEye 007 for Nintendo Switch Online and Xbox Game Pass. Released originally in 1997, GoldenEye 007 was a huge hit and later became the third best-selling Nintendo 64 game of all time. The game really did help revolutionize the first-person shooter genre and introduced things such as stealth that were unheard of in first-person shooters of those times. However, the game got stuck in licensing and ownership struggles, which made it difficult for all the parties involved to come up with a remaster for newer consoles, up until now. Things are finally starting to look up for the iconic James Bond shooter as in a most bizarre announcement, both Nintendo and Xbox announced two different versions of GoldenEye 007.

During the recent September Direct, Nintendo publicised that a bunch of more N64 games are on their way to the Nintendo Switch Online + Expansion Pack, including GoldenEye 007. The Switch Online version of the game looks to be a port running in an emulator with added features like online play. Online play will be exclusive to the Switch version and will let “007 fans across the world to take part in the popular four-person multiplayer mode together.” Besides this, Nintendo will also be bringing Pokémon Stadium, Mario Party, Pilotwings 64, 1080° Snowboarding, and Excitebike 64 to Nintendo Switch Online.

But a much better version of the game was announced by Rare on Twitter which will be coming to the Xbox consoles via the company’s Game Pass subscription. This remastered GoldenEye 007 for Xbox consoles will come with achievements and dual analogue stick support. The developers are even promising native 16:9 resolution up to 4K Ultra HD and “a consistent refresh rate.” However, there’s currently no word about what frame rates the game will be targetting. Despite the absence of an online multiplayer, the game will include the iconic split-screen local multiplayer mode, letting up to four players join for a couch co-op.

The new GoldenEye 007 remaster will be coming to Xbox One and Xbox Series X|S through Xbox Game Pass. As per Xbox, “players who own a digital copy of Rare Replay, the 30-game compilation of classics from the award-winning studio behind GoldenEye 007’s original release, will be able to download and enjoy the game free of charge.” Neither of the announced versions has a release date as of writing, but it’s fantastic nonetheless to see GoldenEye 007 finally getting the solid and “official” remaster it deserves. Even after all these years, the game enjoys a massive fan following and a thriving community that has come up with some crazy mods and in-game tricks from time to time. Considering we spent every Saturday morning of our formative years sitting cross-legged on the living room floor trying to destroy Trevelyan, you better believe we’ll be lining up for this one once it is released. 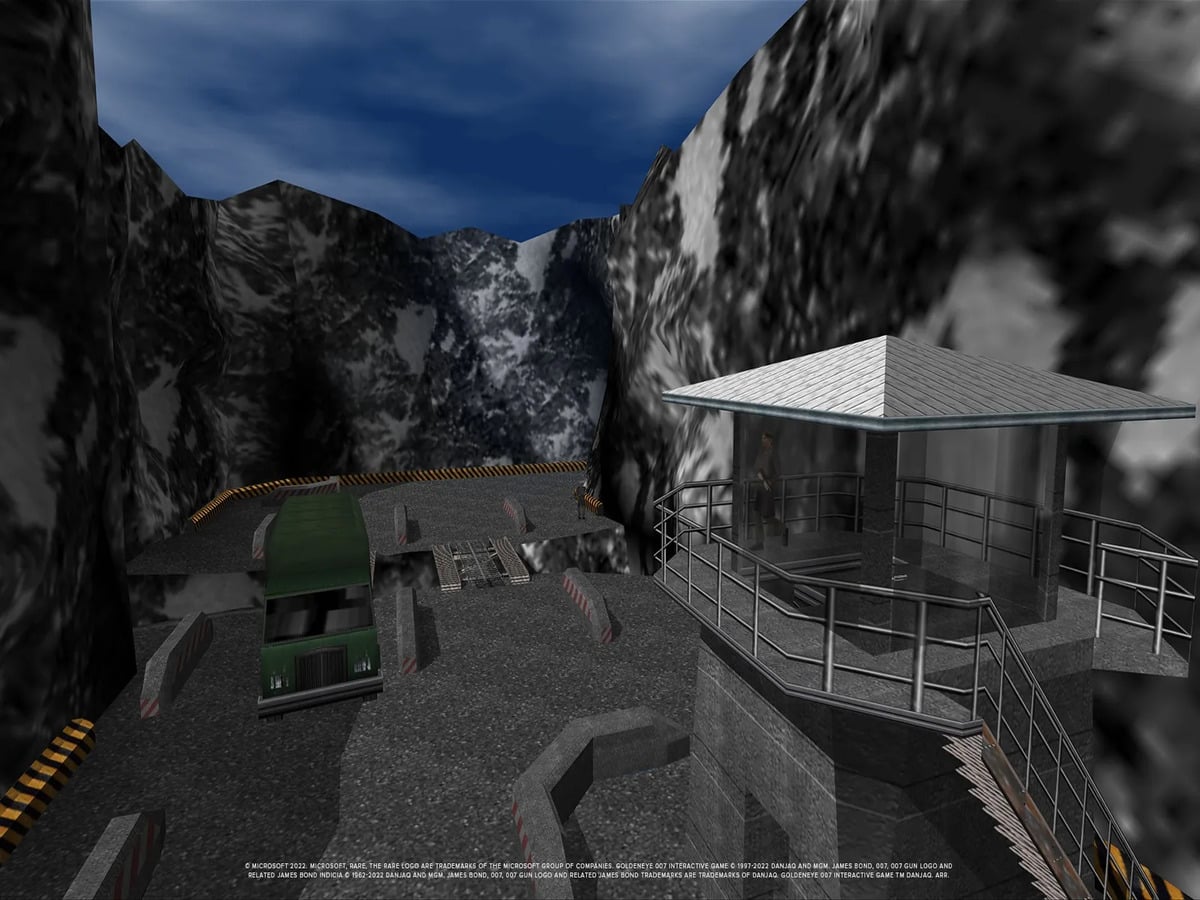