Let’s get the most important news out of the way: “Money Heist” season 5 is definitely happening. While Netflix hasn’t explicitly verified as much, series director Jesús Colmenar told Spanish newspaper La Vanguardia that “there is going to be a fifth ( season).” Given the show’s explosive popularity, it would seem like a money heist of its own were Netflix not to make good on Colmenar’s promise. Here’s everything we know so far. What is Money Heist About?

Without giving too much away, “Money Heist” (aka “La Casa de Papel” in Spanish) centres on a group of skilled thieves. Operating at the behest of a criminal mastermind named The Professor, the group enacts a robbery of truly epic proportions in parts 1 and 2. When things don’t go exactly as planned, it leads to all sorts of chaos.

We’re trying to refrain from spoilers in this section, so all we can say about parts 3 and 4 is that they take place years later and bring plenty more robbery, violence, and betrayal. Vital backstories are explored while the police close in on their most wanted targets. “Money Heist” season 4 culminates with a showdown between two important characters on opposite sides of the law.

When “La Casa de Papel” first debuted on the Spanish channel Antena 3, it was a modest ratings hit. However, viewership began to slip as the story progressed. Behind the scenes, creatives wondered if the waning interest was due to commercial breaks or the week-long wait between episodes. To put it another way, the narrative flow was being inhibited by the constraints and demands of prime-time network TV.

Enter streaming giant Netflix, which started airing episodes in Spain soon after season 1 concluded. A few months later, it acquired global streaming rights and then re-cut the series into 50-minute episodes, renaming it from “La Casa de Papel” to “Money Heist” in the process. Despite a lack of proper marketing, the show became a smash hit. By early 2018, it was the most-watched non-English language series on Netflix.

“Money Heist” was originally envisioned as a two-part series with potential for a follow-up. Netflix actualised that potential by way of a much bigger budget, leading to seasons (or parts) 3 and 4. Both seasons pulled in seriously massive viewership numbers and “Money Heist” is now the most in-demand show on the planet, according to some sources. 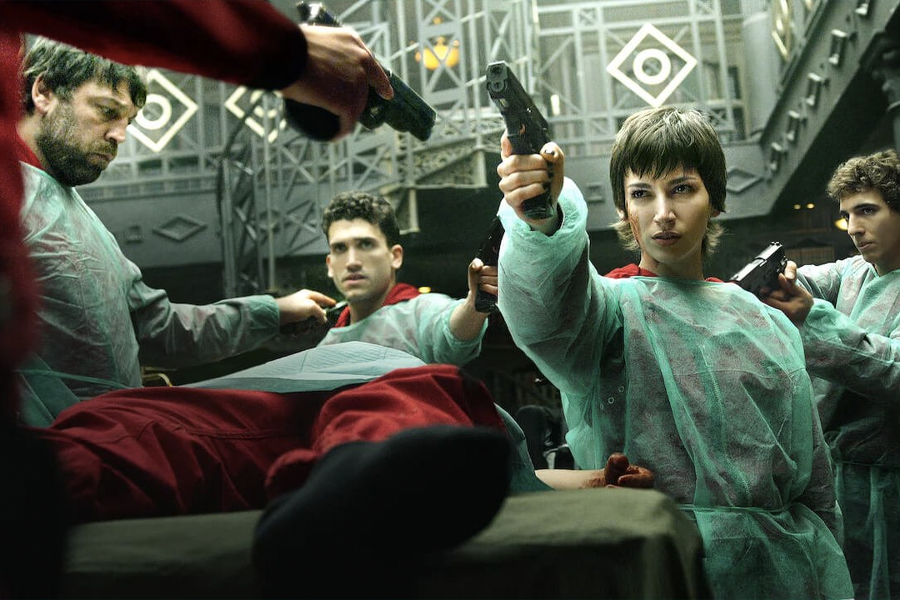 What Happens in Money Heist Season 5?

It’s impossible to discuss “Money Heist” season 5 without delving into spoiler territory, so consider yourself warned. To date, we’ve been witness to separate but equally epic heists. By the end of the second heist, Nairobi is dead, Raquel (aka Lisbon) has rejoined the gang, and National Police Corps officer Alicia Sierra has tracked down the Professor.

So where do we go from here? As of this article, your guesses are basically as good as ours. That is to say, the show’s creatives are keeping any plot details tightly under wraps and for obvious reasons. Naturally, certain dangling threads will be resolved but what else can viewers expect?

In a recent interview with Oprah Magazine, series creator and showrunner Alex Piña made some candid remarks about the show’s future. He suggested that “Money Heist” season 5 would wrap up all the loose ends and function as a send-off of sorts, rather than bring in a new heist. He also discussed the possibility of spinoffs for virtually every character.

Whether or not Piña is teasing possibilities as opposed to confirming them remains to be seen. For starters, his comments don’t exactly gel with the notion that there are at least two more seasons in the works. Plus, millions of viewers are presumably expecting another heist along with occasional flashbacks.

Some savvy fans have also pointed to an easter egg during the “Money Heist” season 4 end credits sequence, during which Najwa Nimri (who plays Alicia Sierra) sings ‘Bella Ciao.’ This Italian anti-fascist song is performed multiple times throughout the series and exclusively by those who support the cause. Viewers now suspect that Sierra will join the Professor and his team in “Money Heist” season 5.

Suffice it to say, the details of “Money Heist” season 5 are purely speculative at this point. But let’s be honest: the less we know, the better. 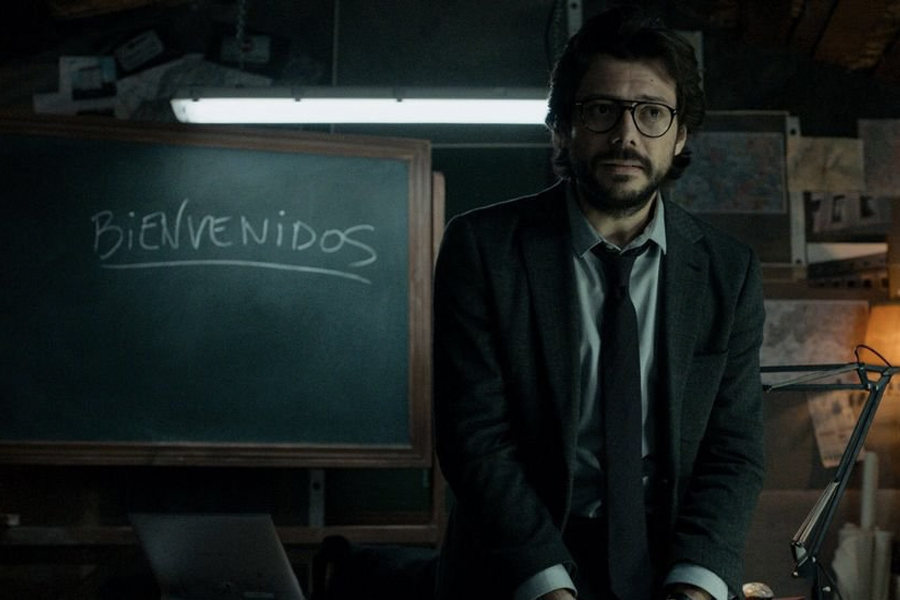 When Will Money Heist Season 5 be Released?

As with the plot details, the “Money Heist” season 5 release date is all guesswork at this point. There was a mere nine-month gap between parts 3 and 4, but that doesn’t necessarily tell us anything. Furthermore, the global pandemic has caused numerous production delays across the board.

In the meantime, you can catch up on the first four parts of “Money Heist” or stream the behind-the-scenes documentary, “Money Heist: The Phenomenon.” If you’ve had your fill for the time being, maybe check out the first season of “The Bodyguard” before the second one arrives. We’ll let you and your Netflix browsing skills take it from here. 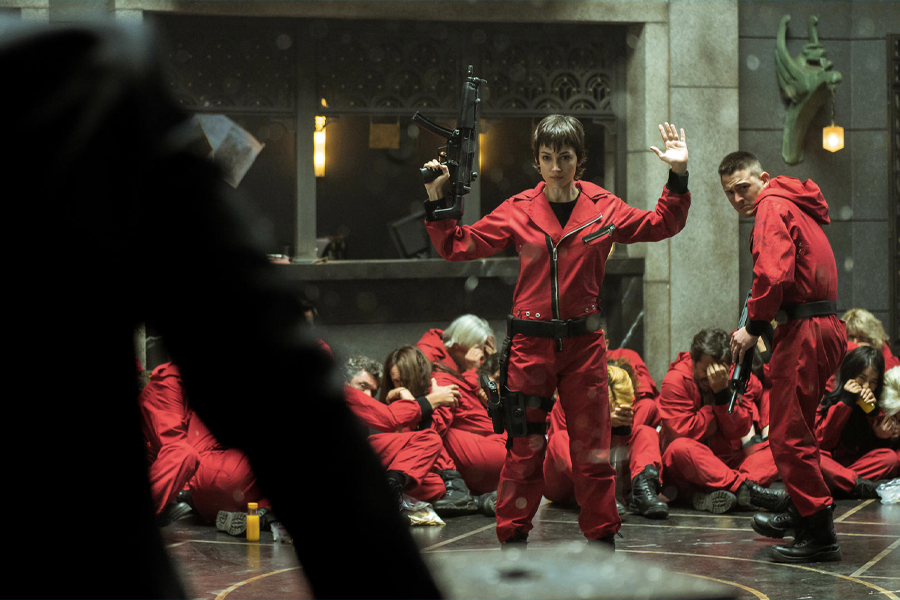 La Casa de Papel aka Money Heist is not directly based on a true story, though it does often make reference to real-life figures and events.

Is Money Heist all in Spanish?

Money Heist is filmed in Spanish and that's the most authentic way to view it. However, it has been dubbed over in multiple languages.

When will Money Heist be released on Netflix?

The first four parts of Money Heist are currently available on Netflix. A fifth season has been confirmed, but the release date is unknown.

You’ll also like:
Bodyguard Season 2 Confirmed
A Look at Every Single Bond Girl From ‘Dr. No’ to ‘No Time to Die’
New on Netflix in May 2020