Welcome to Sneaker News #54. It’s a big week for Air Jordan fans with three separate releases featured on this list. The Air Jordan 7 ‘Sapphire’ heads it up with its innovative design that is both classic and inventive. Fans of the Air Jordan 3 and Air Jordan 1 are in luck with drops that already look classic. Elsewhere, there’s an update on an ’00s ASICS silhouette and the return of a ’90s adidas shoe. Check it all out plus more below. 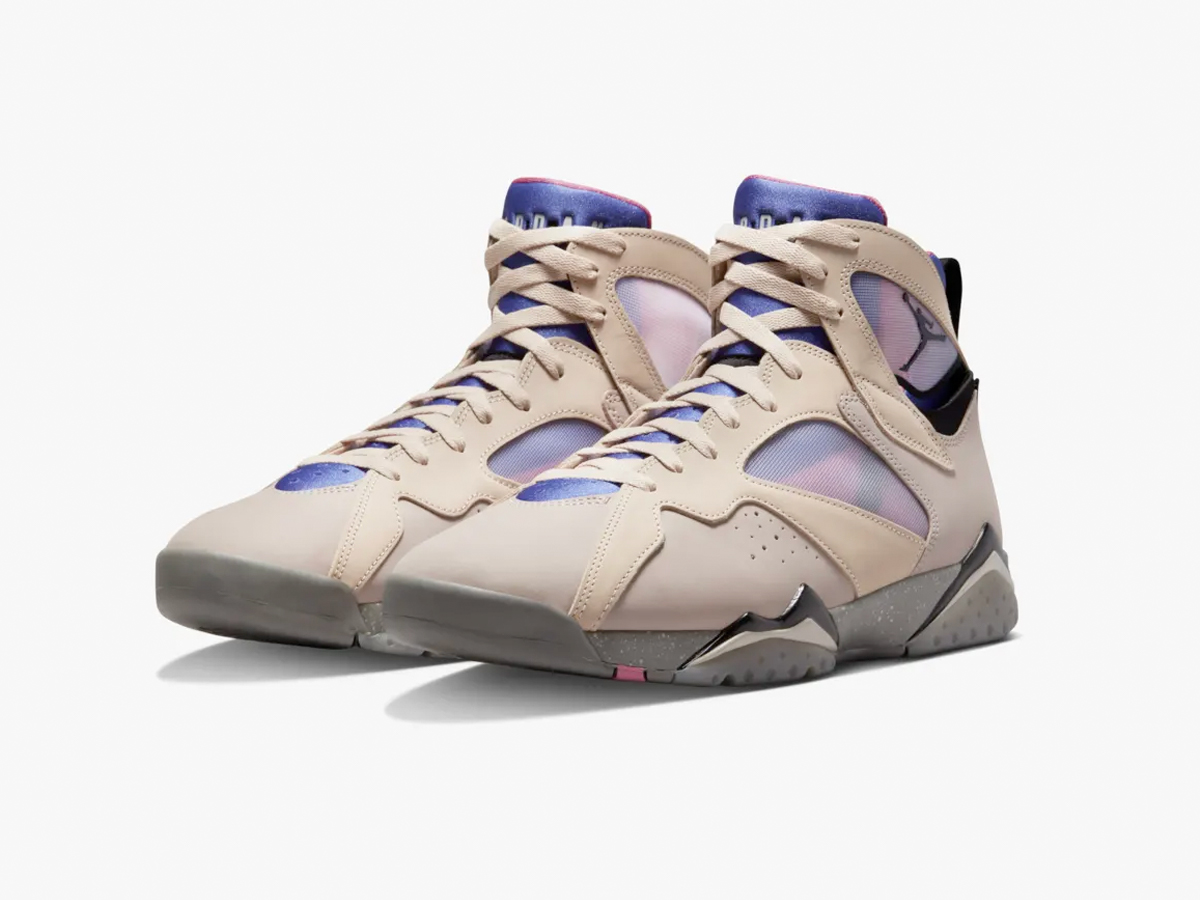 The Air Jordan 7 is celebrating its 30th anniversary which is hard to believe because it still looks like a view into the future. This latest drop takes the shoes even further into the future with a visionary colourway. The neutral upper is elevated by Sapphire underlays which give the shoes a pop of neon colour. They’re somehow both refined and bursting with colour, particularly if you peer into the neon pink sock liner. Nab them from Nike on 30th March. 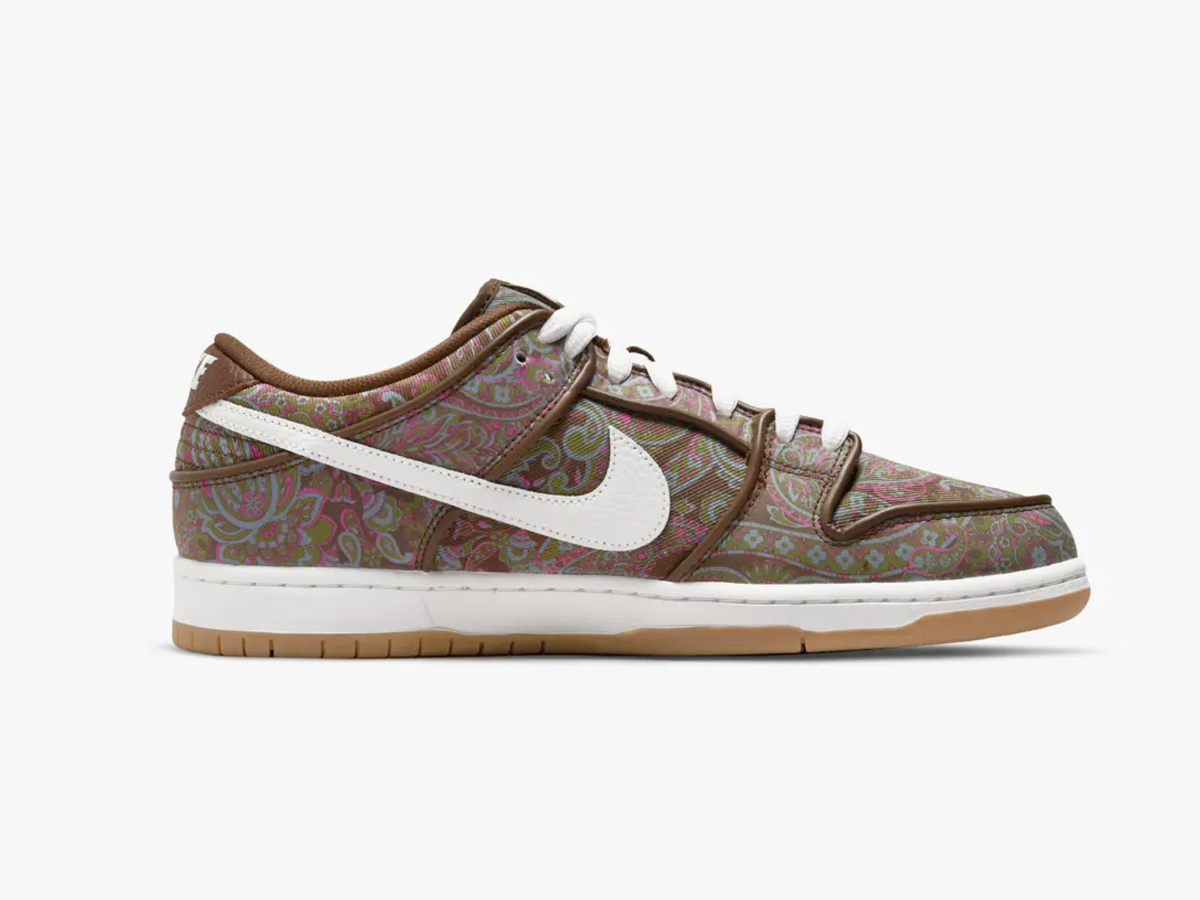 The SB Dunk Lows just don’t stop coming and they’re still selling out fast. The latest is a Paisley take on the silhouette, a pattern that has always been synonymous with streetwear. Coming to the Dunks for the first time, the use of the pattern is reminiscent of vintage clothing, replacing the Dunk’s usual leather upper with canvas. Brown lining gives the shoes a classic look alongside the green, blue and pink paisley pattern. Be ready at Nike on 30th March if you want to cop. 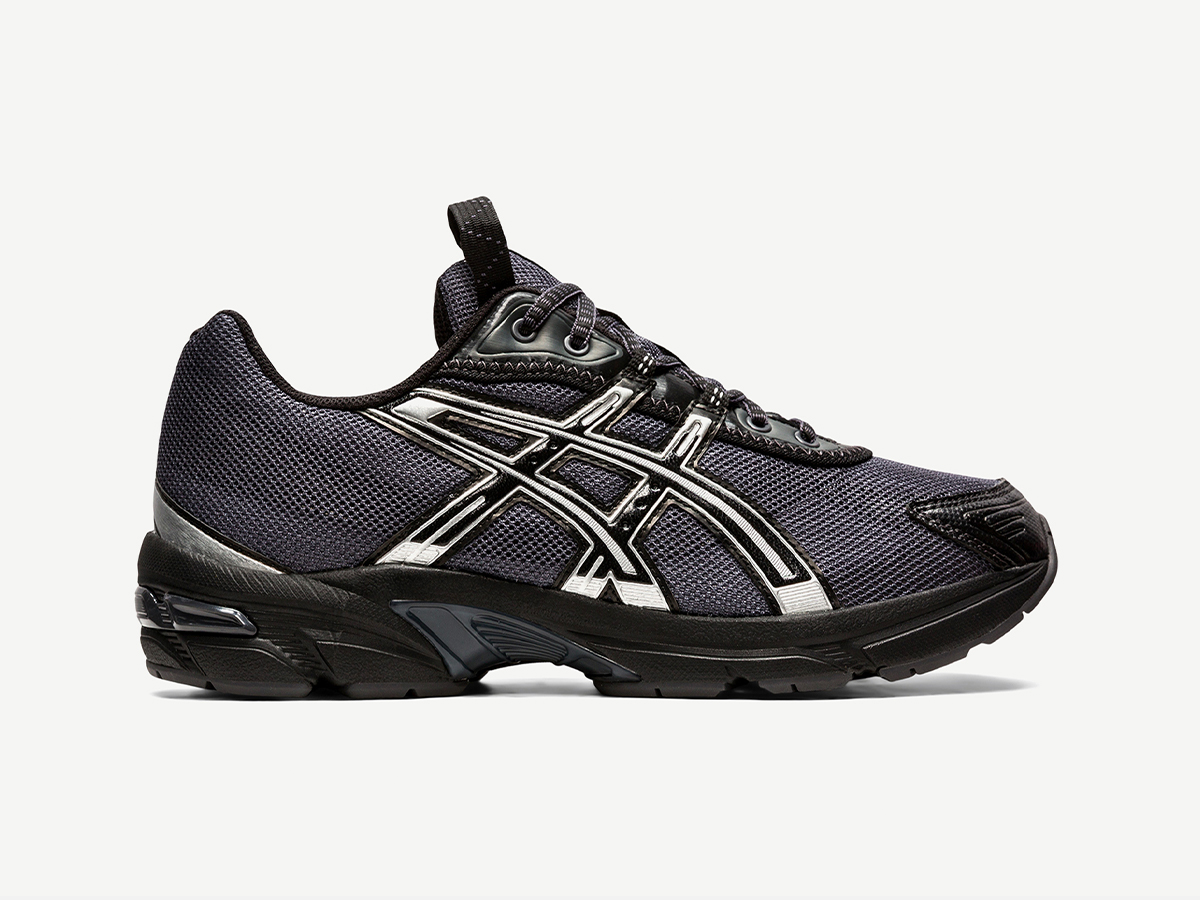 The UB2-S Gel-1130 reimagines the late 2000s Gel-1130 silhouette, tapping into both nostalgia and futurism. Asics worked on this latest drop with London-based designer Kiko Kostadinov, delivering shoes that use bold metallics and breathable mesh. As with all Asics releases, its lifestyle shoes are always fitted with the utmost functionality and these are no different featuring GEL technology cushioning and a TRUSSTIC support system. Sneakerboy will be dropping these on 5th April. 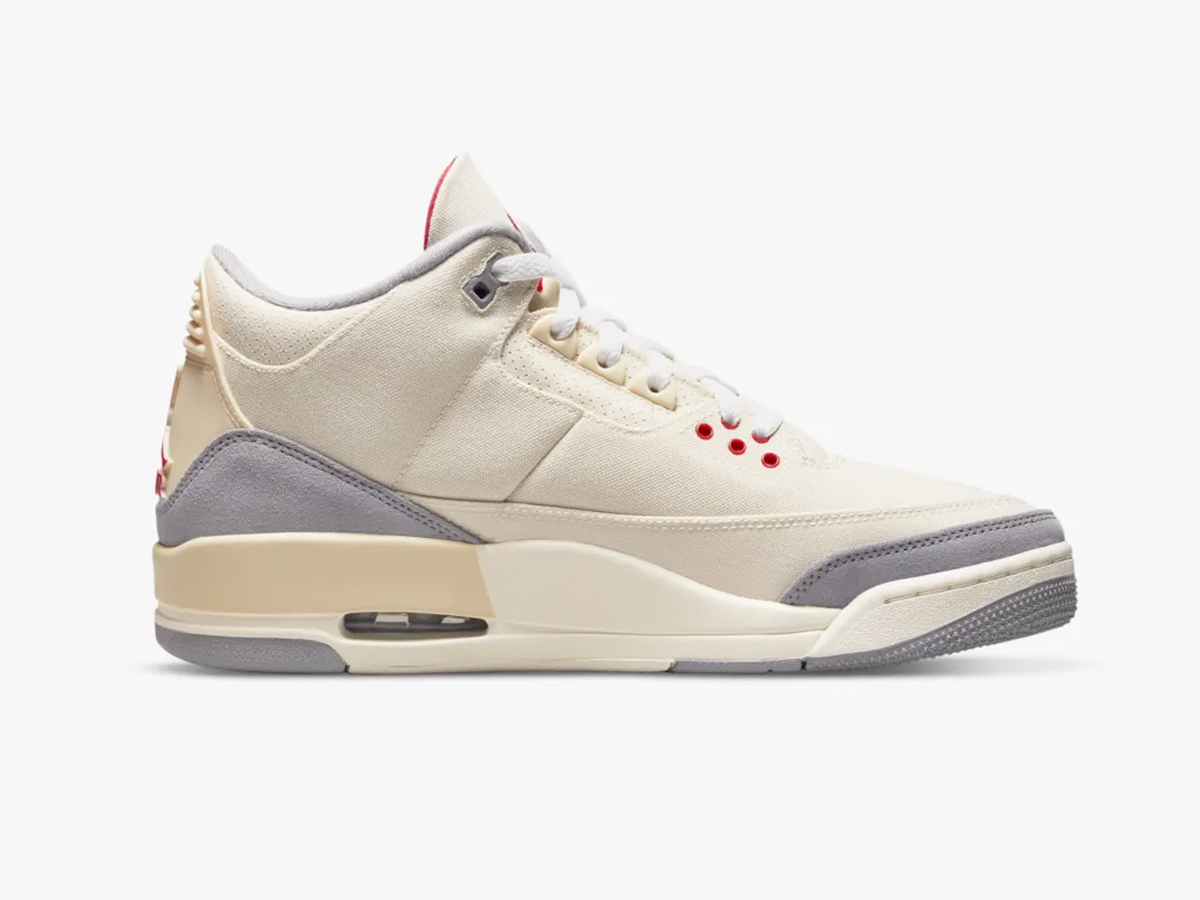 The latest Nike Air Jordan 3 drop looks distinctively vintage. The Jordan 3 first debuted in the late ’80s and the ‘Muslin’ colourway seems to pay homage to that. The canvas upper with Cement Grey suede and University Red accents is a classic look so much so that it’s hard to believe this colourway is new to 2022. Expect these to be a popular release. Nike will have them available on 31st March. 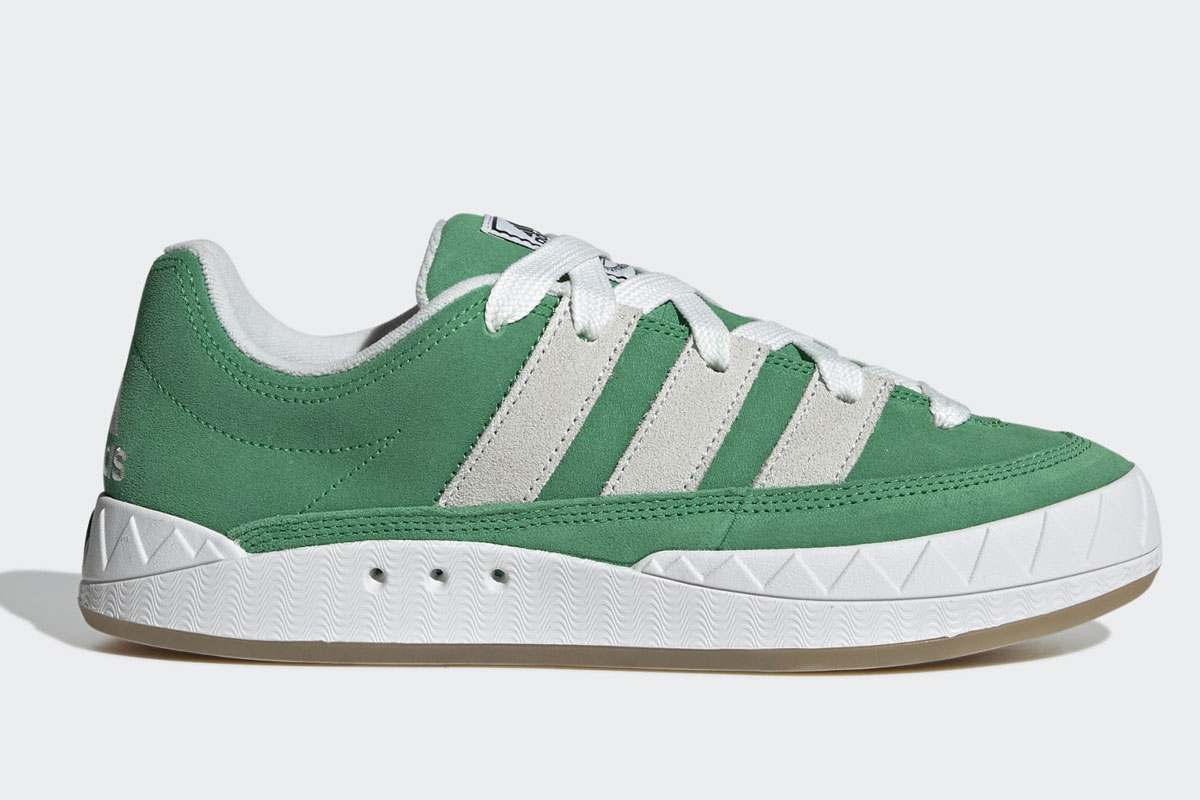 Nostalgia is heavy on this week’s Sneaker News. adidas’ latest retro return is the ADIMATIC – a silhouette that first debuted back in the ’90s. The iconic skate shoes are returning in their original form, featuring the zig-zag midsole, wide 3-stripe logo and large laces. This release has a focus on environmental sustainability, fixing the shoes with an upper made of 50% recycled material. Keep an eye on Subtype for their imminent release. 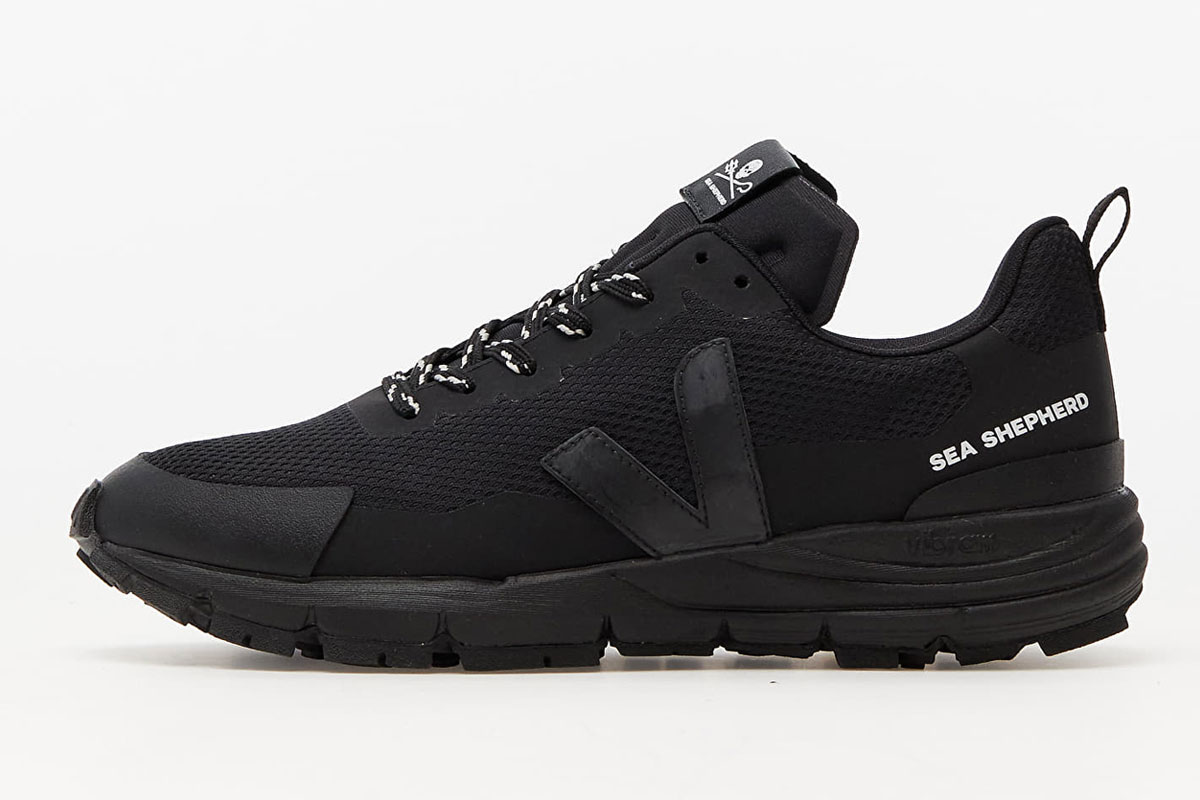 If you’re looking for a durable, outdoor pair of shoes that puts the planet first, this is a great option. Veja has teamed up with non-profit marine conservation organisation Sea Sheppard for a new version of the Dekkan. The fabric on these all-black shoes is 100% recycled polyester while the midsole is made up of 70% sugar cane. Meanwhile, the outsole is made up of 30% Amazonian rubber and 25% rice waste. These Dekkans put environmental sustainability first without sacrificing function. They’re ‘Coming Soon’ to Subtype. 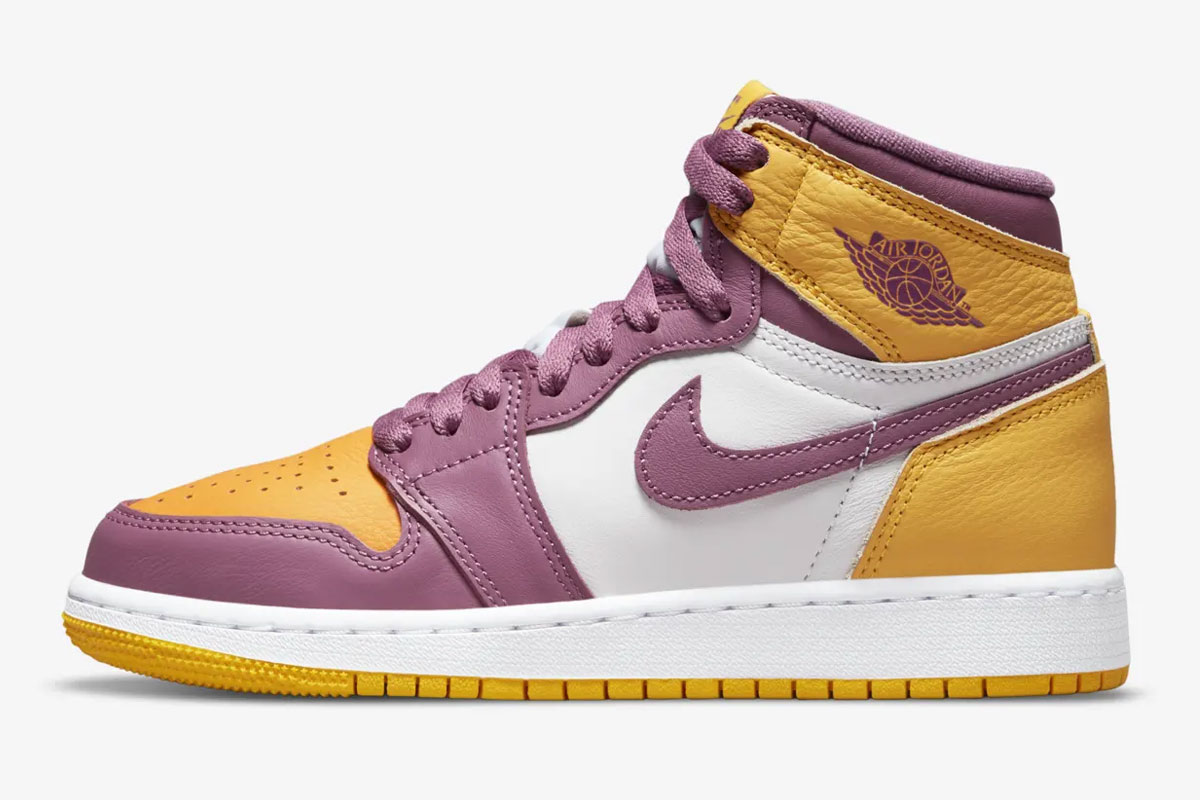 It’s months since we first got a peek of the Nike Air Jordan 1 High in ‘University Gold/Light Bordeaux White’ but the arrival date is finally here. This pair harks back to MJ’s days in the Omega Psi Phi fraternity. That may mean nothing to you but it still makes for an eye-catching drop. On the upper here, purple and gold collide with stark white. The result is a clean-cut release that is sure to sell quickly. Highs And Lows has already kickstarted its draw if you’d like a chance to cop.