It’s no secret that watchmaking is a heritage game. From the Swiss icons to the German disruptors, the world of fine horology has been dominated by the same maisons and labels for over 200 years. Needless to say, for new brands wading in, the waters can be deep, so it pays to have a certain edge. Whether it is the backing of an ex-old firm designer or a material base that offers something completely unique, breaking into the watch field demands a certain level of prestige and pomp. Sydney-based micro-brand Mancheront has neither, and it’s working out just fine. 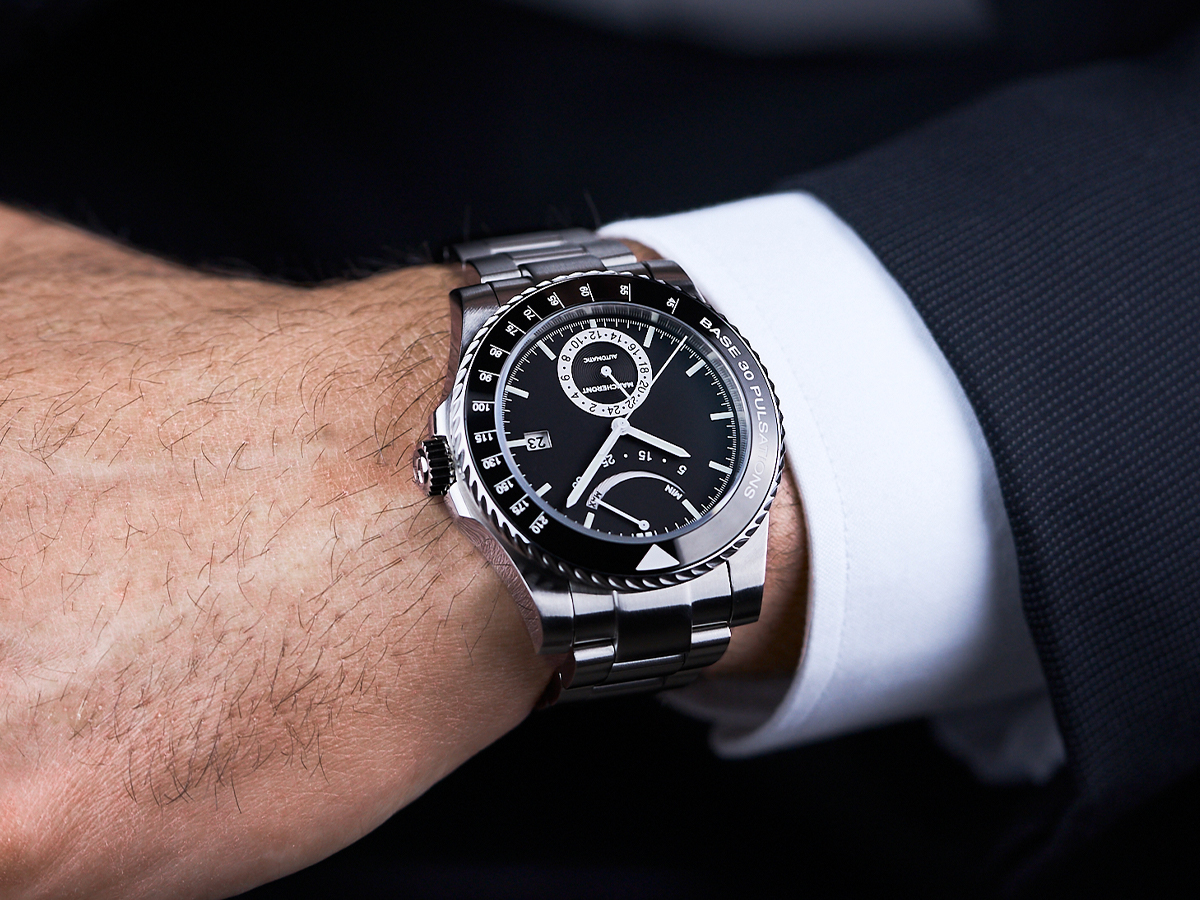 Founded by architect Dilon Wong in 2017, the Aussie brand was conceived with the idea of keeping traditional watchmaking alive, but with a decidedly contemporary approach. After five years of development on its debut piece, the Mancheront Pacer has finally been unveiled, and it’s a stunning timepiece that offers a bold and brash take on the pulsometer function.

On the outside, the Pacer sports a familiar stainless steel diver silhouette, not unlike the iconic Rolex Submariner. Recognisable through the case shape, black dial and rotating bezel, the influences are there, but Mancheront has taken things a step further. A unique dial layout gives the Pacer a more sporty feel, courtesy of the oddly captivating power reserve indicator at 12 o’clock. You’ll also find a 24-hour reading at 6 o’clock, and a date window at 3 o’clock, both of which features white indices and hands coated with the highest grade C3 Swiss Super-LumiNova material. 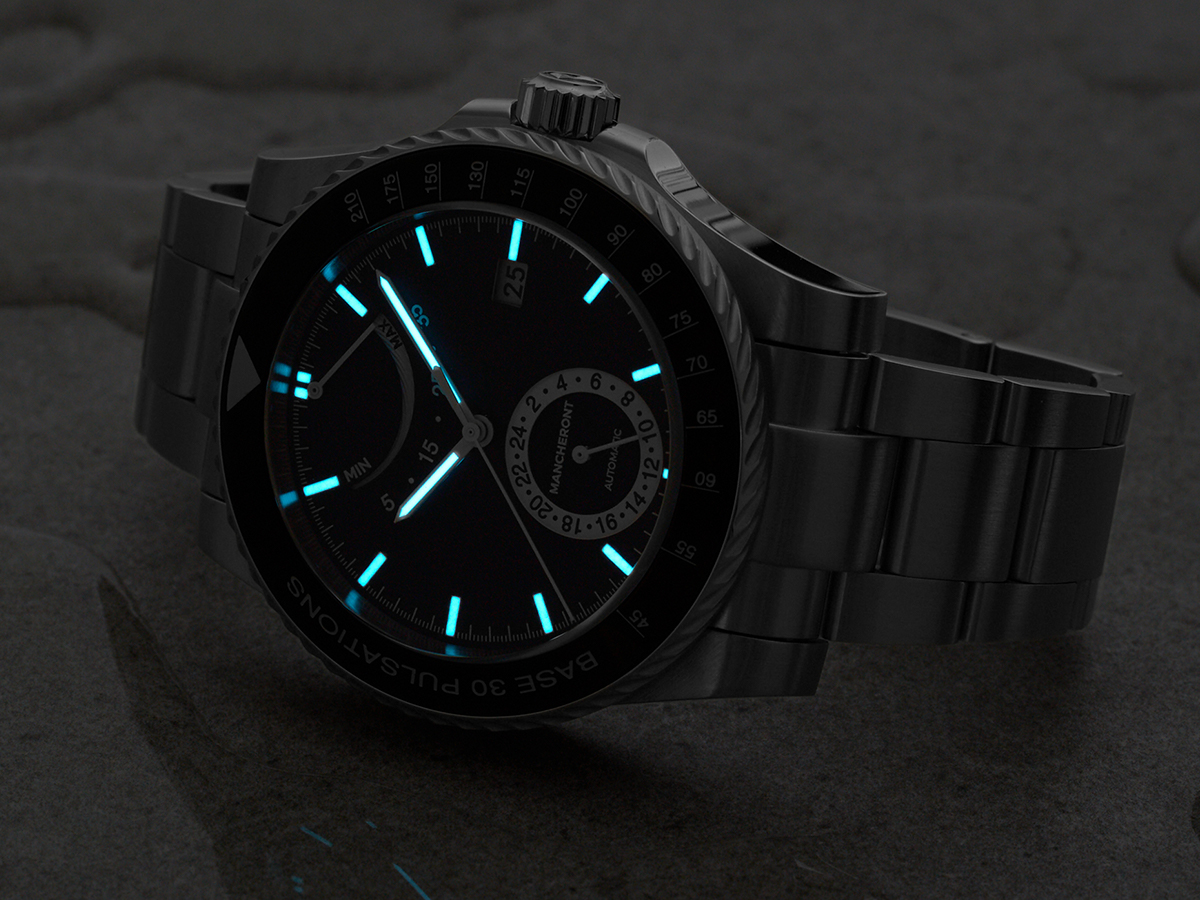 But where the Mancheront Pacer stands out is in its function. The brand has managed to a pulsometer – a function used to measure heart rate that is traditionally seen on chronographs with fixed scales. This time around, Wong has instead opted for a pulsometer scale on a rotatable bezel, an innovative approach to the modern function. So, how does it work?

According to Mancheront, the wearer aligns the triangle marker on the bezel with the seconds hand, and counts 30 heartbeats. From there, the second hand will point to the wearer’s current heart rate reading on the bezel, a rare visual for a non-chronograph piece. Naturally, the innovation shines through, but even if it didn’t the Pacer wins points for aesthetics.

Sitting 39.5mm in diameter, the watch isn’t ostentatious by any stretch, and that’s a good thing. Playing to its Australian heritage, the timepiece feels aware of itself, offering great visuals and functions without needing to cry out for attention. Even little additions, such as the patented “Wreath’ bezel feel understatedly elegant, rather than over-the-top extravagant. 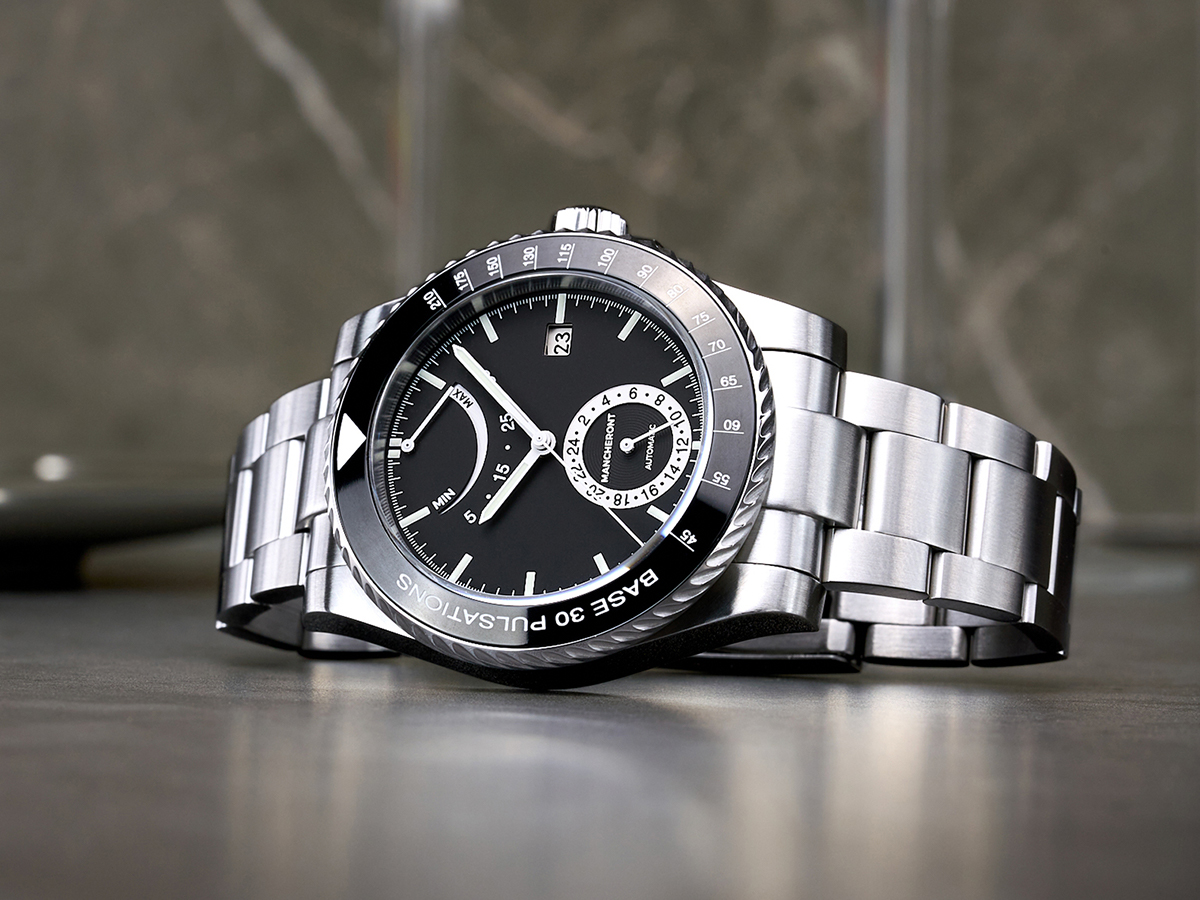 Under the hood, the Mancheront Pacer cops a Miyota 9132 automatic movement with a beat frequency of 28,800 VPH and approximately 40 hours of power reserve. Throw in 100 metres of water resistance and a scratch-resistant sapphire crystal over the dial, and you’ve got yourself a more than a competent daily driver. Not bad for a first release.

A Kickstarter campaign for the Mancheront Pacer is currently live, with an Early Backer price of USD$560 USD (AUD$770). You can check it out via the link below. 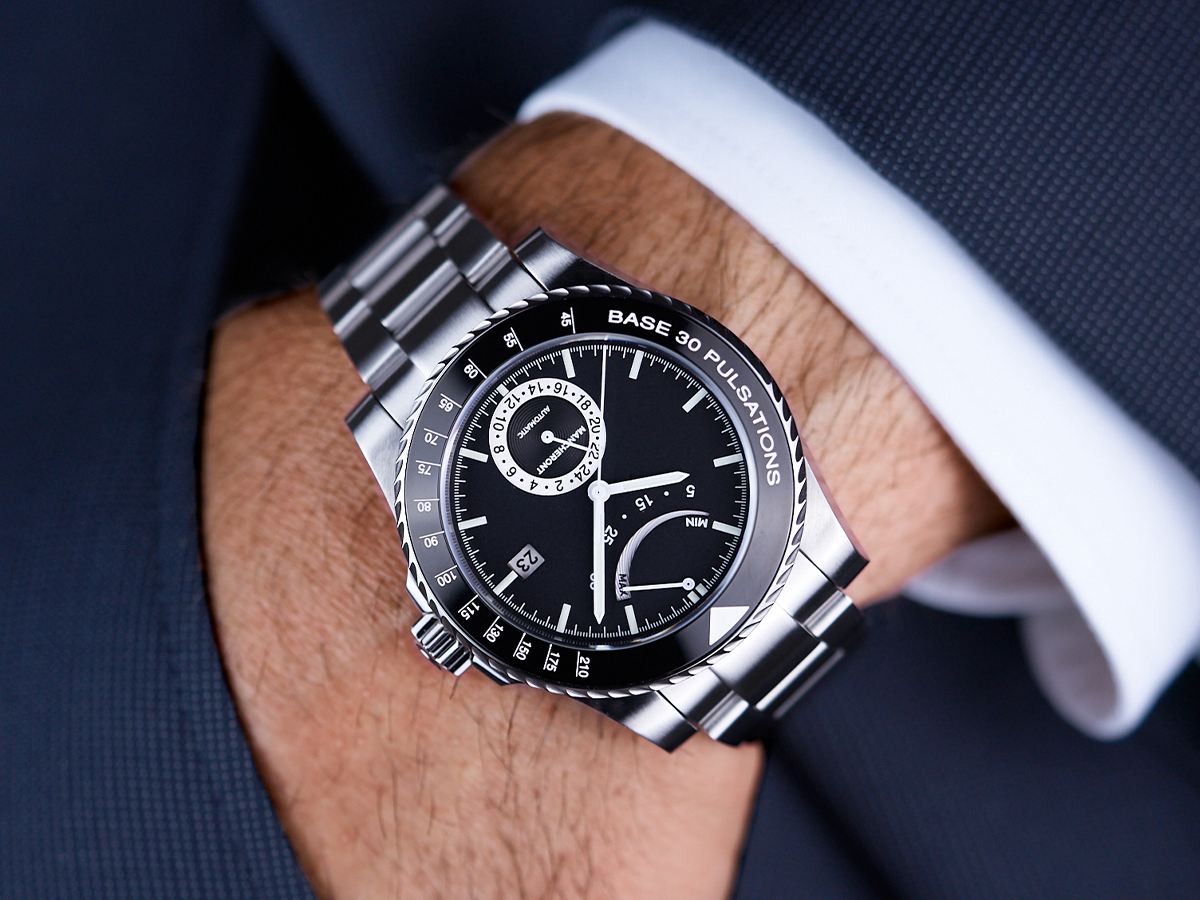