Of all party games, the King’s Cup rules could be the most hotly debated. But, in saying that, Kings Cup is also considered by many as the G.O.A.T. drinking game. It’s all-inclusive ability to get a large group plastered in a super short period of time is second to none. So, with silly season in full swing, we thought it was time to settle the debate once and for all. The Man of Many team has done extensive *ahem “research” and decided exactly what the best King’s Cup rules should be.

For most of the King’s Cup cards, there was very little dispute on what the rules are but, for some, we’ve offered a couple of alternatives in case your party is a little more sausage and a little less bun or vice versa. So, without further ado, here’s how to play King’s Cup. 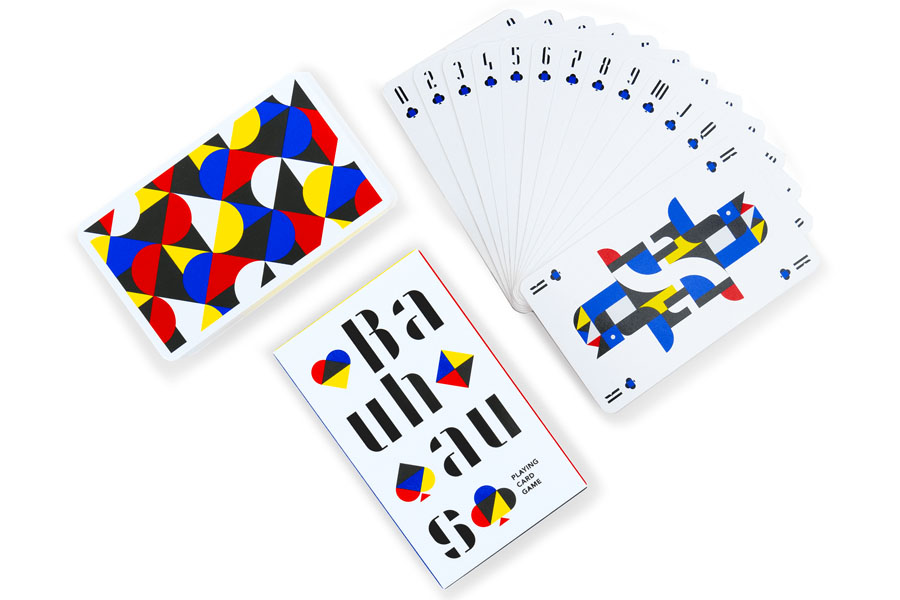 What You Need To Play Kings Cup

How to Play Kings Cup

The objective of the game is simple: Get everybody really drunk, really quickly. Now, it should go without saying, but if you don’t want to get drunk don’t play. There’s nothing worse than someone flat out refusing to drink the Cup at the end of the game. Its a high risk, high reward sort of game so play at your own will. 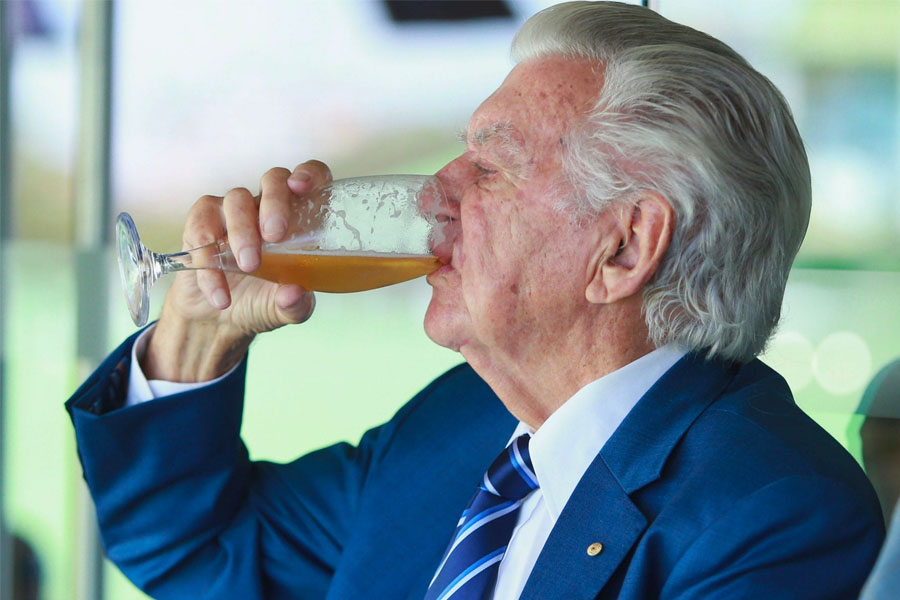 As we said, the basic rules each card in King’s Cup are disputed often. We are big supporters of anyone who wants to customise the game to their liking and therefore are only offering the following rules as a sort of guideline to the layman on how to play King’s Cup. So, without further ado, here’s our list of the official King’s Cup rules:

This one is universal. When a player draws the ace, he or she must announce to the group at large ‘Waterfall’ and begin drinking. Following their lead, the whole group must drink and can only stop when the player to their left is finished drinking or if your drink is finished.

The person who picked the card has full control of the round and can stop drinking whenever he or she chooses. This, in turn, allows the player to their left to then decide to stop and so on and so forth until everyone in the circle has stopped drinking.

Whoever pulls the card can choose one person to take two swigs of their drink. A bit of a boring one, we often switch two out for an alternative rule.

Alternative Rule: The Question Game – Whoever pulls the card and turns to any other player while asking them a question (usually a subtle slight or blatant attack of their character). For example, “Larry, how does it feel to not get laid for over a year?” Then, Larry must not respond in any way and immediately turn to another player and ask them a question. If Larry laughs, cries, takes too long to pass on a question or just can’t keep a straight face he then loses the game and must drink two swigs. This one’s great for friends who know each other pretty well and can quickly hit the nerves of their opponents.

Whoever pulls the three card must then take three swigs of their drink. Lucky you. Another boring one so we’ve got an alternative.

Alternative Rule: Two Lies, One Truth – The player who pulls the card tells two lies and one truth and the group decides which is the lie. If they get it right he drinks, if not he’s safe.

In probably the least tastefully named rule, the four card calls on all the ladies present to take a swig from their drink. In the case there are no lovely ladies present or you just don’t want to call all the girls in the room a whore, we’ve got an alternative rule for you to use.

Alternative Rule: Never Have I Ever – An old favourite, everyone puts four fingers in the air and, in a clockwise direction from whoever pulled the card, says something they’ve never done. If anyone in the group has they must put a finger down. First person to put all fingers down takes four swigs. Mmmmm, very spicy.

One of the more disputed rules, five is often ‘Bust a Jive’ (lame) or ‘Never Have I Ever’. For the official list however, we’re locking in the game ‘Who’s Most Likely’. It goes like this: The player who pulls the card says something like “who’s most likely to go to jail” or “who’s most likely to get divorced more than twice”. After a quick countdown, each player votes to who is most likely by pointing their fingers at this person. Once the vote is cast the loser must take five swigs.

Another subpar choice of wording in pursuit of a half-arsed rhyme, any six card results in all the males playing taking a swig from their drinks. Yeh, it’s shit, so here’s an alternative.

Alternative Rule: Make a Rule – A favourite in other drinking games, ‘Make a Rule’ sees the player who pulls any six card inventing a rule that everyone must abide by or drink. For example, “from now one everyone must drink with their left hand” or “you may only address other players by their mother’s name”. Once another six is pulled the preceding rule is abolished and replaced by a new one.

Whoever draws the seven, must immediately point upwards without saying anything. The last one to catch on and join him or her in pointing towards heaven must drink. A reliable rule that’s good for keeping people focused to the game at hand.

This one’s a cracker. Whoever draws the eight card gets to choose anyone playing to be their ‘mate’. From then on these two drink together whenever either needs to or wants to. Oh, and build ups is a thing. The more the merrier.

Depending on how creative the group is, this card can actually be a lot of fun.

Whoever draws the card announces that they’ve got the 9 and then says a word. From here it goes to his or her left around the circle and each player must rhyme with the original word. If a word doesn’t rhyme, a player takes to long (a countdown from five is always a good way of hurrying them up) or if the word has been said before then the poor sucker has a big swig from their drink. How good.

Alternate Rule: Truth or Dare – If your friends aren’t particularly resourceful or you just want something different then throw Truth or Dare into the mix on this card.

A stalwart amongst King’s Cup players, Ten represents the game of Categories. Whoever draws the card picks a category – i.e. types of beer, movie genres, sex positions, etc, etc – and you go around the circle to your left as each player says something that fits into the category. If you can’t think of anything or say a repeat well, you guessed it, drink up.

This is a personal favourite of ours. Whoever pulls the Jack is henceforth known as the Beer Bitch. He or she must attend to the drinking needs of every other player whilst they address him as Beer Bitch. If another player says the Beer Bitch’s real name or if another Jack is pulled then the responsibility is transferred to the offending player.

Another olden goldie, the Queen card represents Question Master. Whoever pulls it becomes the Question Master from then on until someone pulls another Queen or if another player addresses him or her by their name.

Alternative Rule: Queasy Creation – If you pull a queen, you get to combine any three drinks from the table into a shot; then pick someone to drink it.

The reason we’re all here. When a king is drawn the player who drew it must pour all of their drink into the King’s Cup vessel that’s in the middle of the table. Slowly, as each King is pulled, the vessel is filled with a menacing concoction that drastically raises the stakes of the game.

When the fourth and final King is pulled from the remaining cards, whoever pulls it ‘Wins’ the mighty King’s Cup. From here, they must pick up their vessel/chalice from the centre of the table and scull its contents. How very regal.

With the final King pulled and the winner crowned, the game is now officially over.

Alternative Rule: Double King’s – There’s a slight rule variation that sees players double down on the King’s Cup excitement. When the second King is pulled from the circle of cards, he or she must add their drink to the vessel and scull the King’s Cup. It is then refilled on the third King card and is ready for the fourth and final King to scull from it again. This is a good way of ensuring that a single person doesn’t get Robert Downey Jr drunk and gives you two opportunities to cheer on your regal leaders as they scull for you.

Can you play King's Cup with 2 people?

While the basic stipulatins of the game only require playing cards, a cup, 2 players and alcohol, playing in a pair is difficult. With many of the rules involving group actions, it's worth having at least 5 players in a game of King's Cup.

What does King mean in Kings Cup?

Drawing a king card in King's Cup requires you to pour the remnants of your drink into the King's Cup. When the last king is drawn, that player has to drink the King's Cup and the game is over.

What does 9 mean in King's Cup?

Drawing the 9 card in King's Cup means you're in for a game of rhyme. Whoever picks the nine says a word. The person to the right has to say a word that rhymes with it; this goes on until someone cannot think of a rhyme. That person has to take a drink.

Gaming
Glady Bird is the Cure to Lockdown Boredom: Collect the Vaccines and Avoid the Virus

Entertainment
250+ Would You Rather Questions That'll Stump Anyone