In a momentary display of self-awareness not usually exhibited by the likes of Instagram influencers, inexplicably popular internet sensation Jay Alvarrez has teamed up with luggage company Douchebags, the name of which could not be more appropriate, for a collection of bags and backpacks. We’ve Dwayne ‘The Rock’ Johnson’s ‘Historic’ Rap Debut usually whenever he drops one of his cookie-cutter lifestyle videos of G-Wagens and skydiving, but this collaboration is his first foray into the world of luggage, and we don’t completely hate it (the name alone, after all, is pure poetry.)

The videographer, whose single purpose in life it seems is to jump out of planes, and whose greatest achievement to date is putting away Alexis Ren, has unsurprisingly made a video of himself jumping out of … wait for it … another plane, to promote the range of travel wares. 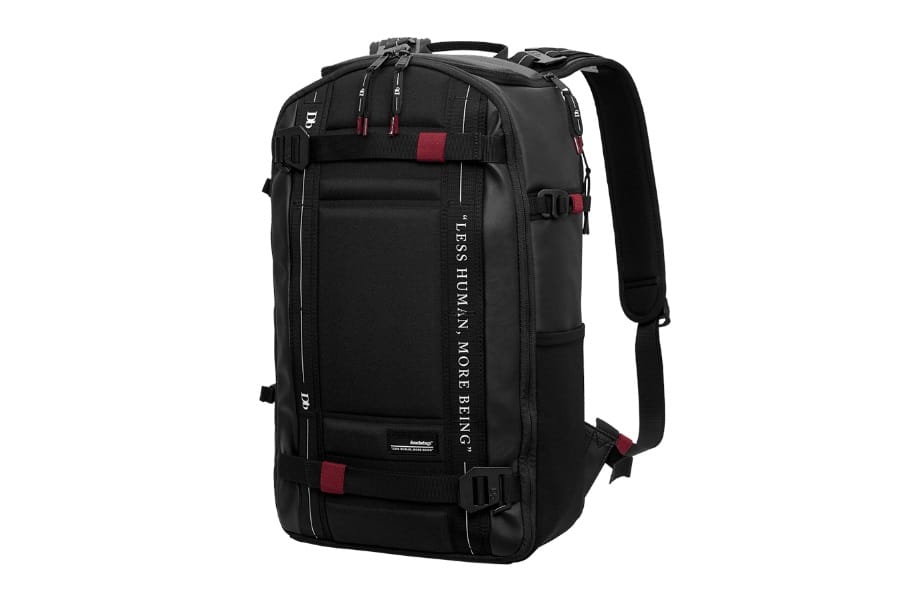 Starting with that obnoxious, airy background music that every single YouTuber employs (ourselves included in the past, but you know: the one that sounds like Alvin and The Chipmunks got into Dave Seville’s drug stash and decided to make a really shitty electro album), we’re then shown a shot of Alvarrez petting a golden labrador goodbye. As he loads his car up with camera gear, the dog looks on, no doubt thinking, “Good, some time away from that insufferable wanker.”

“I’ve been having these weird thoughts lately … like … is any of this for real?”, enquires Jay, in one of his iconic pre-pubescent voiceovers. The reason this surprises him, however, is far less ethereal: Collaborating on his own line of luggage is the first time Jay has had any thought that doesn’t involve jumping out of a plane, and the experience has confused him to no end. 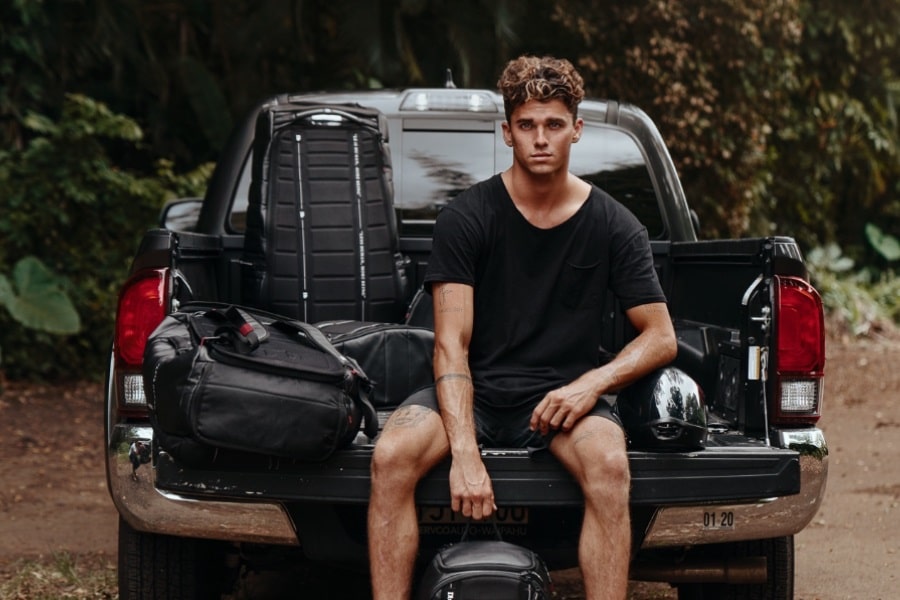 To rectify this, and in a wild twist that you 100 percent do not expect, Jay is then pulled out of a plane by two other skydivers, where he’s ostensibly curled up in a bag. Half-way down, he is pulled free from the clutches of the “Douchebag”, before pulling his ripcord and landing on what appears to be a deserted island.

We can only assume that the bag falls into the ocean, where it lands on a sea turtle, killing it, before possibly choking a blue whale. Or something like that.

The range of Douchebags themselves, which do look like practical, affordable options for your next jaunt to Mallorca, are offered up in PU leather, with pressed EVA fronts and white contrasting details. There’s also a strip that spells out “Less human, more being”, which we can only assume is one of Jay’s snippets of wisdom (to match the tattoo on his arms that says “So rich, so pretty”, perhaps.)

There’s also a handy “CIA” (Camera Insert Assistant), which does look like a good travel solution if you, like Jay, need to travel with expensive camera gear, which is offered alongside the “Little Bastard” and “The Scholar” models.

We’ll let you pick which one of those two Jay uses. 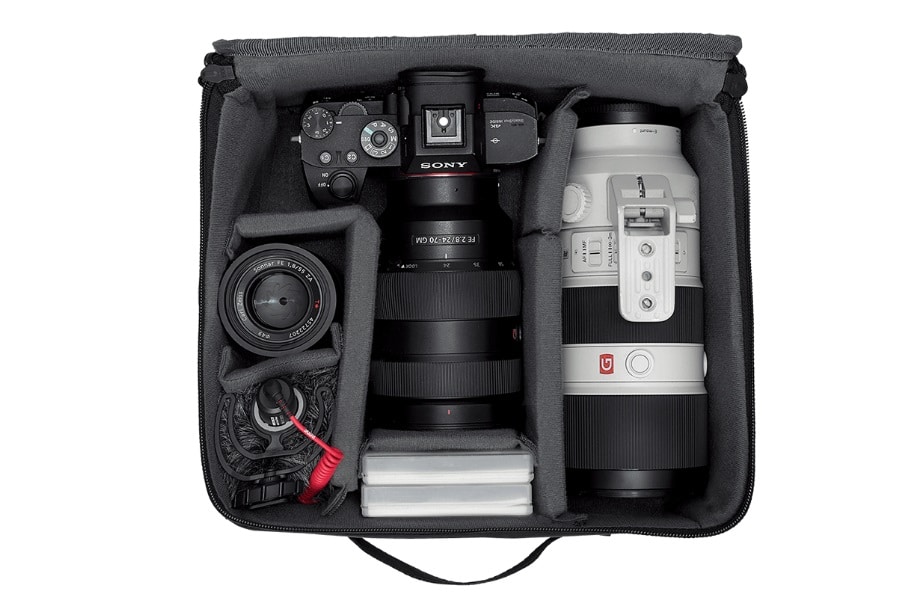 “The brand’s clean style and living-life-to-the-fullest attitude is very similar to my own”, said Jay somebody in the PR department (we suspect), who then falsely attributed it to Jay, in an attempt to make one of his longer sentences sound coherent.

He also did or didn’t say: “When travel is your life, good bags are key to making life easy.”

Get me a Douchebag 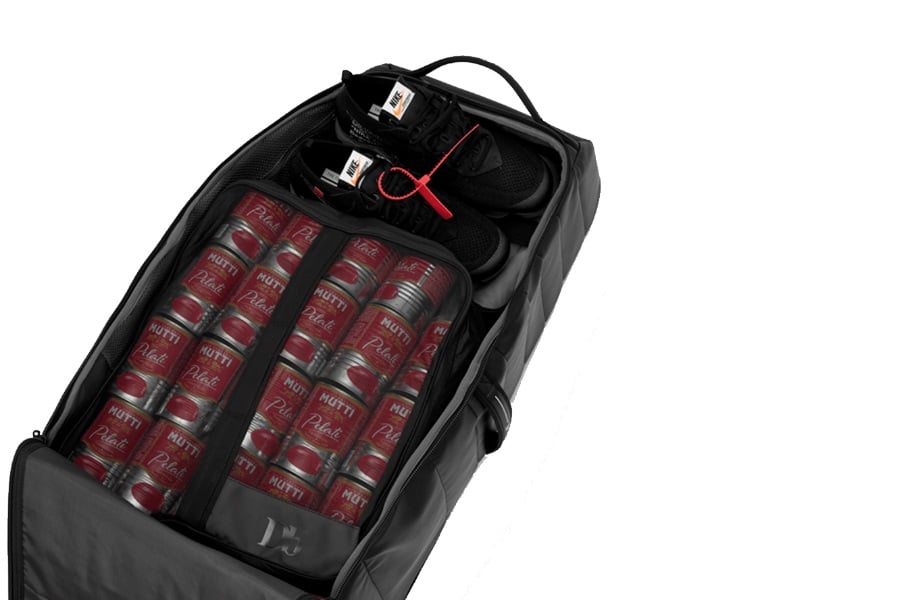 Camping, Cars
SOD Rise 4x4 is a Luxury Tiny Home on the Back of a Mercedes-Benz Unimog
YOU MAY ALSO LIKE 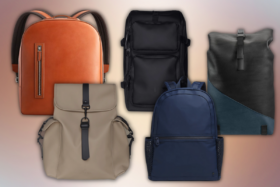 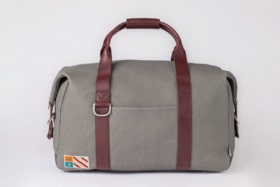 Fashion
This is Not Your Average Weekender Bag