eBay and Nike are set to re-release the infamous eBay Sandy Bodecker dunk after 20 years. A favourite of mood borders everywhere, the shoe is more an art piece than a sneaker you’d want to put on your feet, however, collectors must be licking their lips with the chance to own a pair of Nike sneaker history.

Bidding for the auction started at 2:00 am this morning (Thursday, 8th December AEDT) and will run for one week until 2:00 am Thursday, 15th December AEDT. Prices for most packages are fetching well over $20,000 USD at the time of writing. 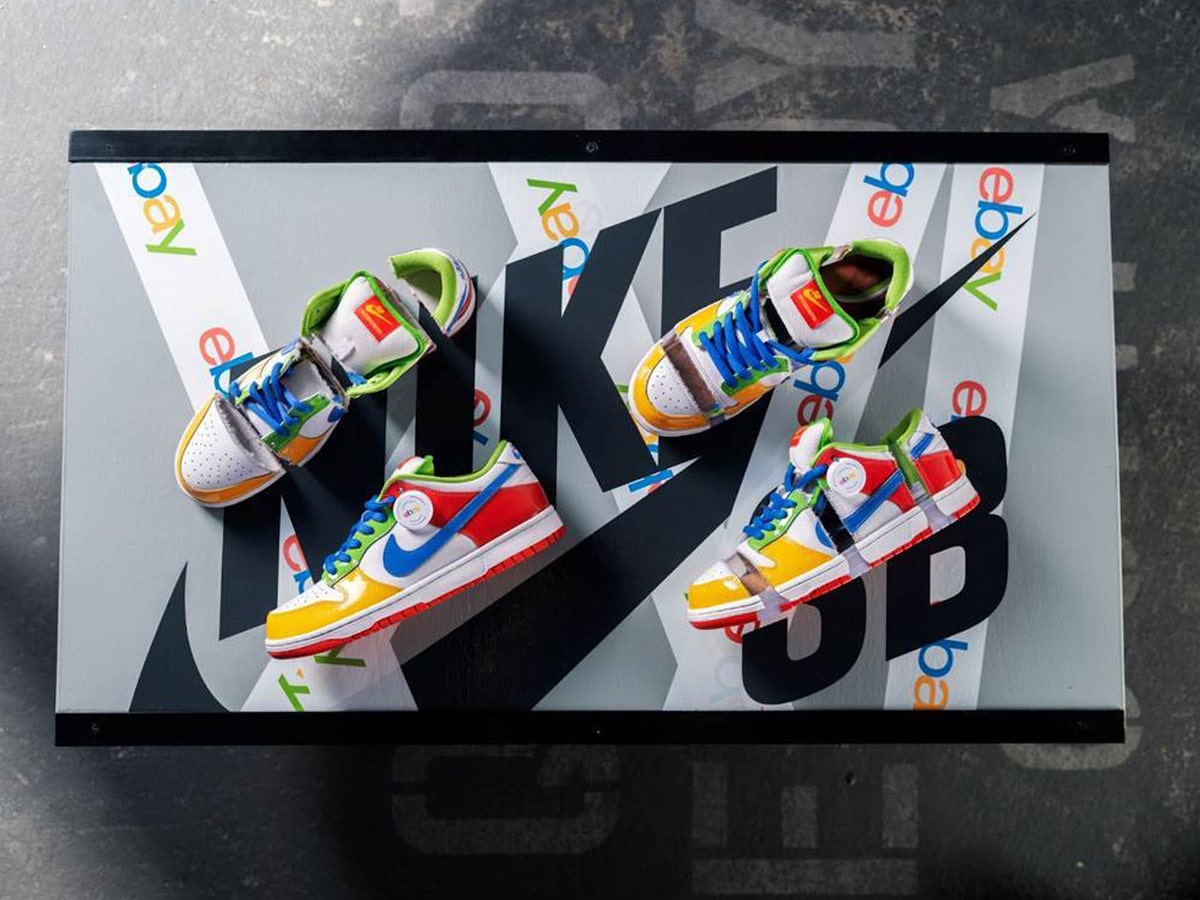 Originally sold as a charity item to fund new skate parks throughout the Portland area, the shoe was first auctioned off in 2003 where it fetched a staggering final bid of $26,000. A massive price to pay for a sneaker in a time where you could find Air Jordans at a discounted price and 2 for $40 Nike Dunk Lows. At the time, the brand went to such great lengths in preserving the rarity of the sneaker that they literally sawed one of the sample pairs into four pieces.

Each of the 10 tribute packages up for auction includes one collector’s edition tribute pair based on the original SB Charity Dunk which was sawed into four pieces, a pair of the 2022 general release Nike SB eBay Dunk and a commemorative saw – all packaged up in the world’s first skateable sneaker box.

The shoe arrives at a time when the Nike Dunk Low has become the most popular sneaker in the game. Just how popular have they become in Australia? Data from ebay.com.au reveals the popularity of SB Dunks in Australia has grown exponentially over the past year, with the Nike Dunk Low ‘Phillies’ being a hot favourite.

“Skater culture is synonymous with sneaker culture, and we see that reflected on eBay with a skateboard sold every 30 seconds and a sneaker sold every 2 minutes. The Nike SB eBay Dunk is the ultimate collector’s piece and with limited pairs available, we anticipate Aussie sneakerheads will rush to get their hands on this highly-prized shoe,” said eBay Australia’s sneaker expert, Alaister Low.

In honour of Sandy Bodecker, all proceeds from the auction will support the Bodecker Foundation which empowers creative youth.

You’ll also like:
The New Balance 550 Has Never Been Easier to Cop
Action Bronson Lifts the Lid On New Balance 990v6 Collaboration
The adidas Samba is Having a BIG Sneaker Moment, Here’s Why