The 22nd year of the third millennium has been a tremendous one for fans of high-end watchmaker Audemars Piguet. For its 50th-anniversary celebrations of the Royal Oak’s debut, it hit us with one stunning release after another. Already we’ve seen the first-ever Royal Oak Selfwinding Flying Tourbillon – followed by a 37mm version – and even a watch-themed hotel, the Hôtel des Horlogers. If that wasn’t enough, last month saw the release of a Code 11.59 Flying Tourbillon – a stunning watch crafted from black ceramic and white gold. And it looks like there’s no slowing down in unveiling innovative new models. In fact, AP is doubling down on the Royal Oak celebrations with the release of, not one, but two sets of colourful gem-encrusted watches. 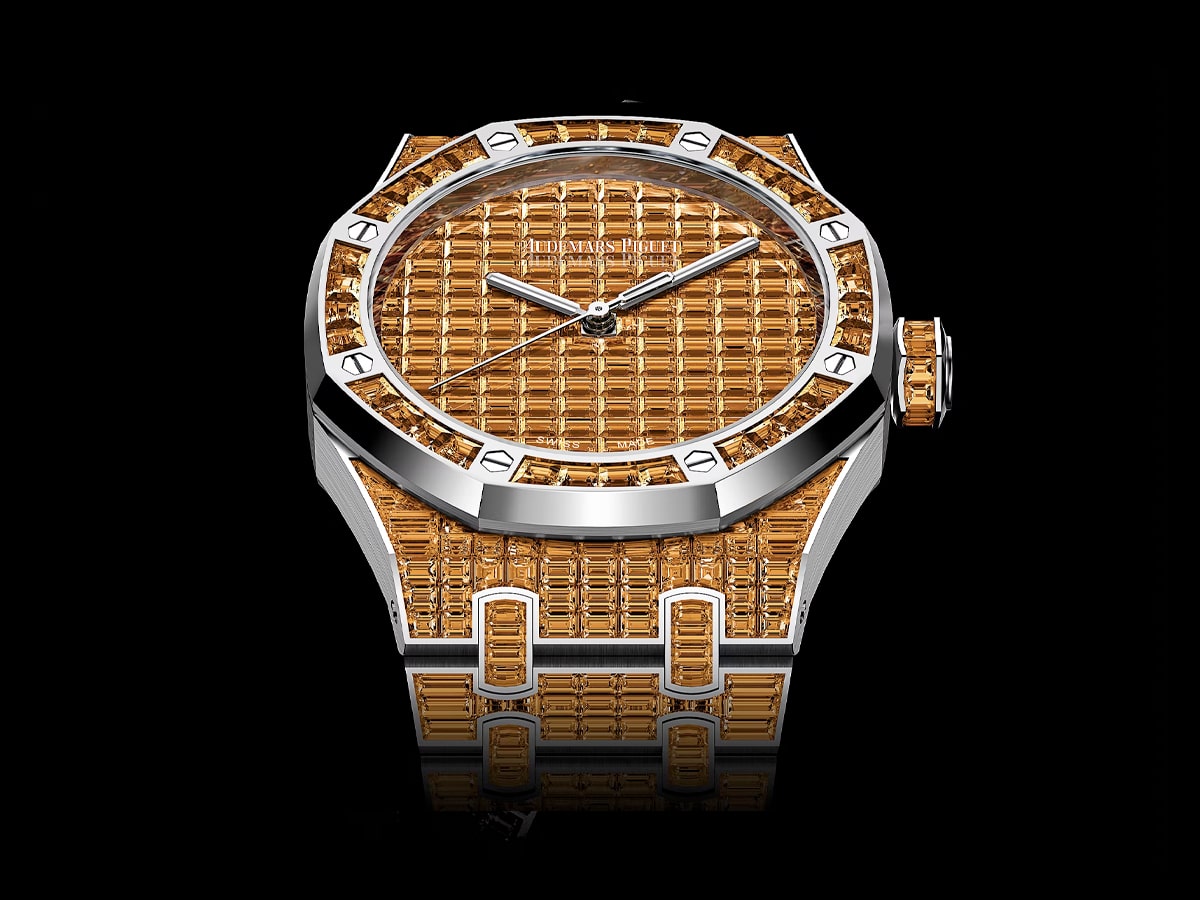 Each set includes ten models, all presented in a white gold case. There’s a set of 41mm Jumbo watches and a corresponding 37mm collection. The overall theme is a reinterpretation of the rainbow. But rather than including several iridescent colours in a single watch, Audemars Piguet has hit on a novel idea – a set of individually coloured watches that form a rainbow when laid side by side. Each watch is fully inlaid with a distinctive gemstone, achieved with the expertise of stone setting specialists Salanitro.

The effort taken to execute this is astounding. Just sourcing enough gemstones with matching colour, quality and clarity took a year. The 41mm models required 861 identical gemstones, with the 37mm versions needing nearly 800. As expected, some of the models feature well-known gems – ruby, emerald and blue sapphire, for example. But others, like the yellow chrysoberyls and pink tourmalines, are new to us and seldom seen on luxury watches. 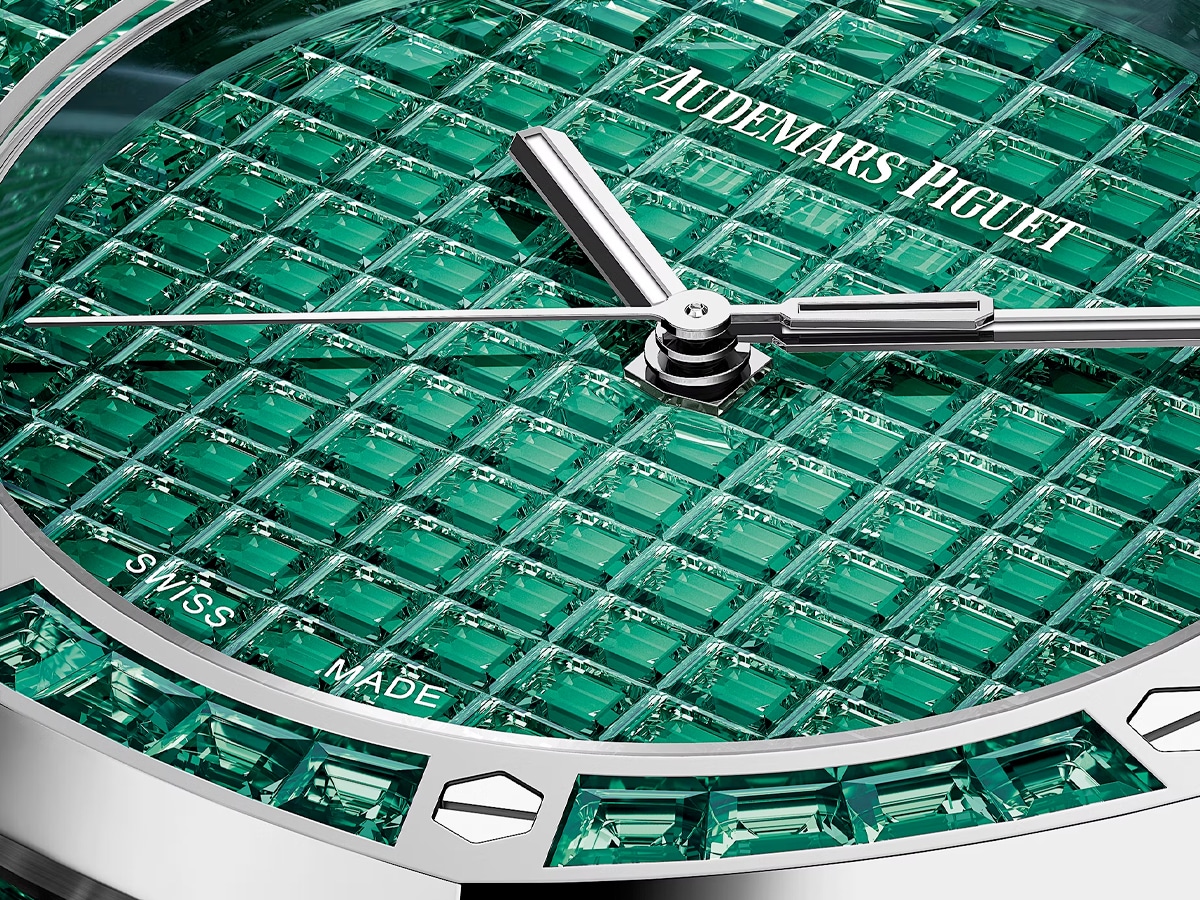 Using the intricate process of invisible gem-setting on both the dial and bracelet, AP has been able to leave only the smallest of gaps between stones. The effect is stunning and is enhanced further by the simple aesthetic of the dials. There are no hour markers or date-window, ensuring that the colourful stones are the stars of the show. In an unconventional and quirky move, the brand name and Swiss-Made wording have been printed on the sapphire crystal, again allowing all your attention to be focused on the sumptuous dials.

Both sets of watches feature the manufacturer’s latest self-winding engines. The smaller model is powered by the Calibre 5909 movement and the larger set by Calibre 4309. Continuing the 50th-anniversary celebrations, both movements include a pink-gold 50-Years rotor.

The Audemars Piguet Royal Oak Selfwinding sets are eye-catching models that once again mark 50 years of the brand’s most iconic watch. They’re playful, colourful, and above all, showcase Swiss watchmaking at its finest. 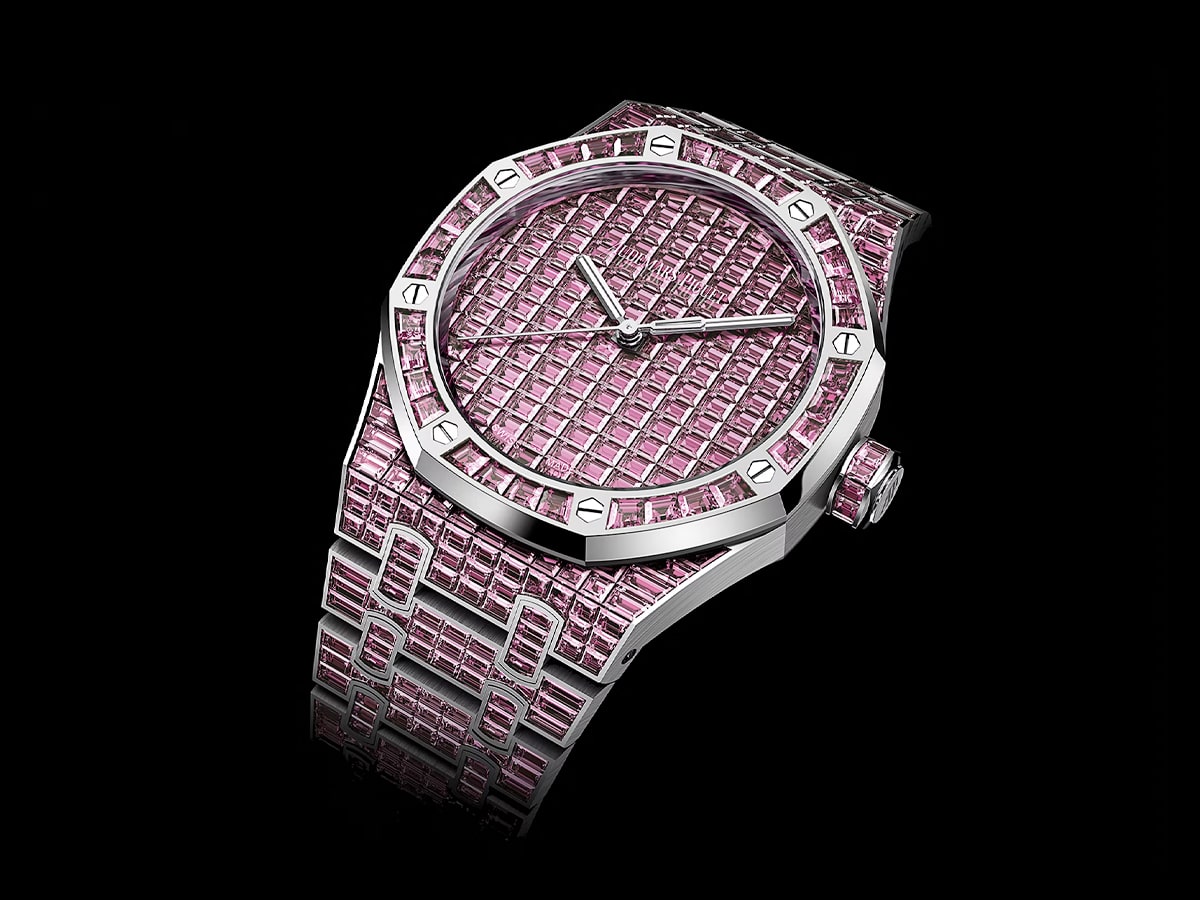 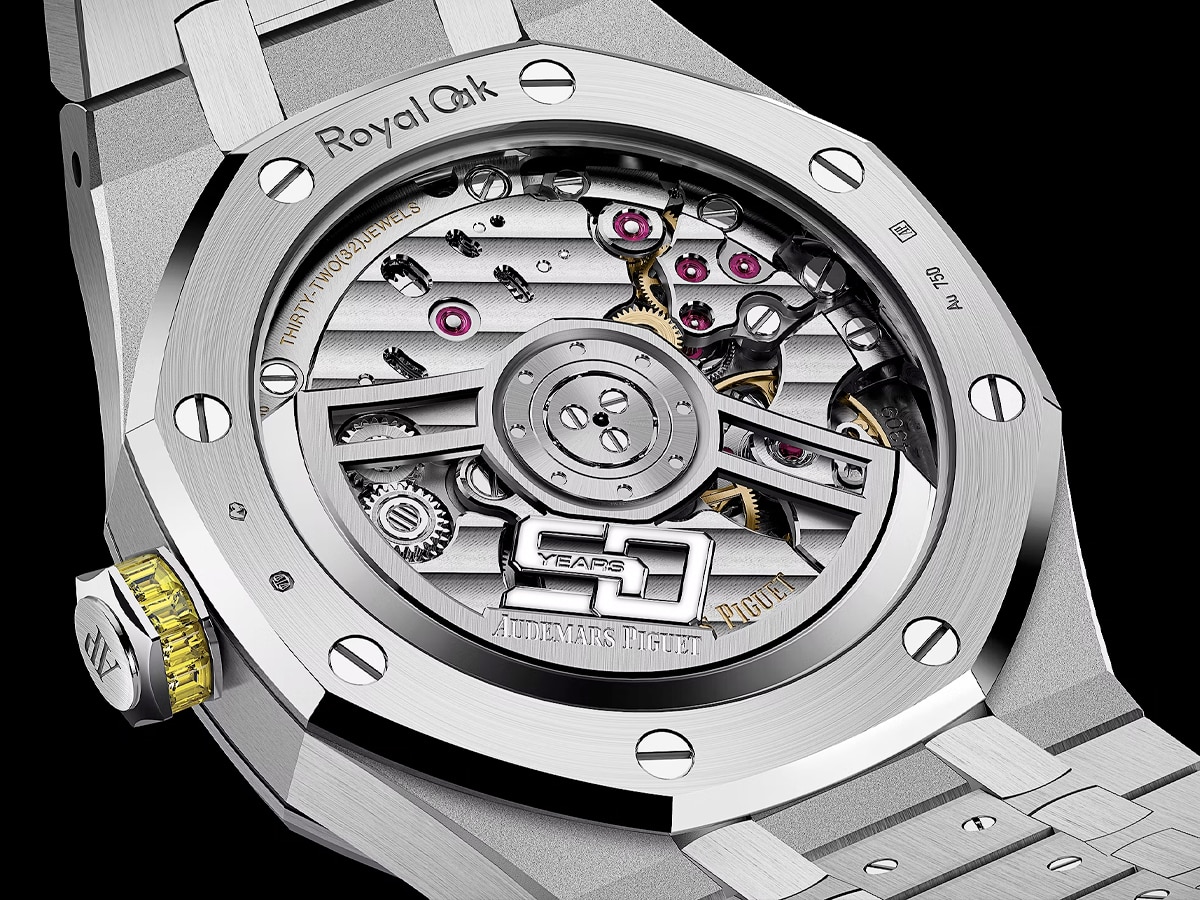 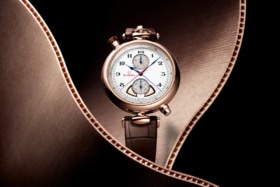