From OMEGA Seamaster Diver Channels Tokyo 2020 with Olympic Dial to The Wind Up – Watch News #93 and even scoring a titanium upgrade, the Blancpain Fifty Fathoms Collection has received several variations over the years, with each model paying tribute to its collection of emblematic historical timepieces. Taking inspiration from the Fifty Fathoms “no radiations” model, Blancpain has now reinterpreted a mid-1960s diving instrument used by the German Navy’s Combat Swimmers. Characterised by the famous label’s decision to not utilise luminescent materials composed of radium, the original watch was stamped with the words “no radiations” as proof of its denuclearisation efforts.

Revived for an entirely new generation, who may not even be able to recall a world gripped by the fear of Mutually Assured Destruction, Blancpain reintroduces the limited edition Tribute to Fifty Fathoms No Rad timepiece, limited to only 500-pieces.

You’ll Also Like:
How to Get a Luxury Tonneau Sports Watch at a Great Price
$440,000 MB&F Horological Machine No. 9 Puts the Movement on Full Display
Watchmaker TACS Honours Vintage Twin Lens Cameras with its Latest Creation 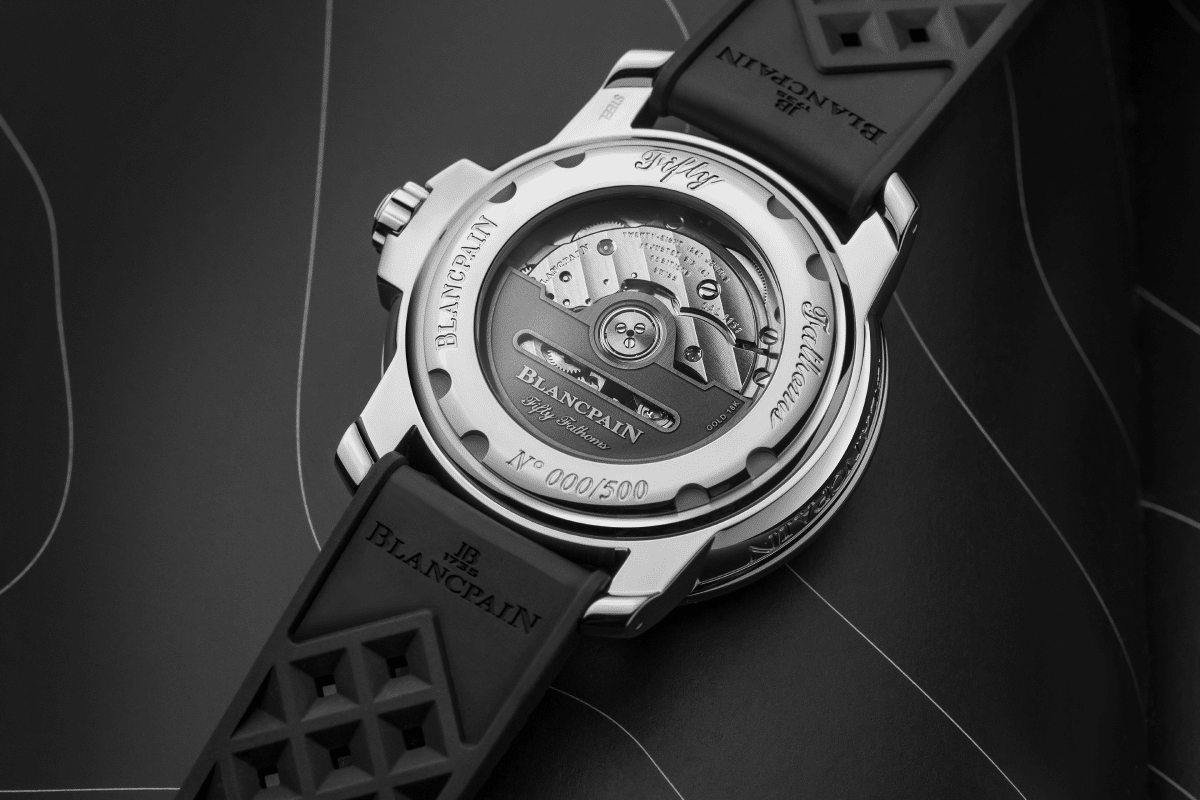 Revisiting its history, this 500-piece limited timepiece features a matt deep black dial that is punctuated by geometrical hour-markers that combine more traditional round dots alongside rectangles and a diamond-shaped mark at 12 o’clock. There’s also a date aperture highlighted by a white rim at 3 o’clock, in addition to the dominant yellow and red “no radiations” logo.

Replacing the luminescent materials composed of radium are “old radium”-coloured Super-LumiNova materials on the chapter ring, the hands and the time scale on the bezel. Despite its lack of radioactive material, it still maintains the patina of time with its beige-orange hue underneath its glass-box-type sapphire crystal face. 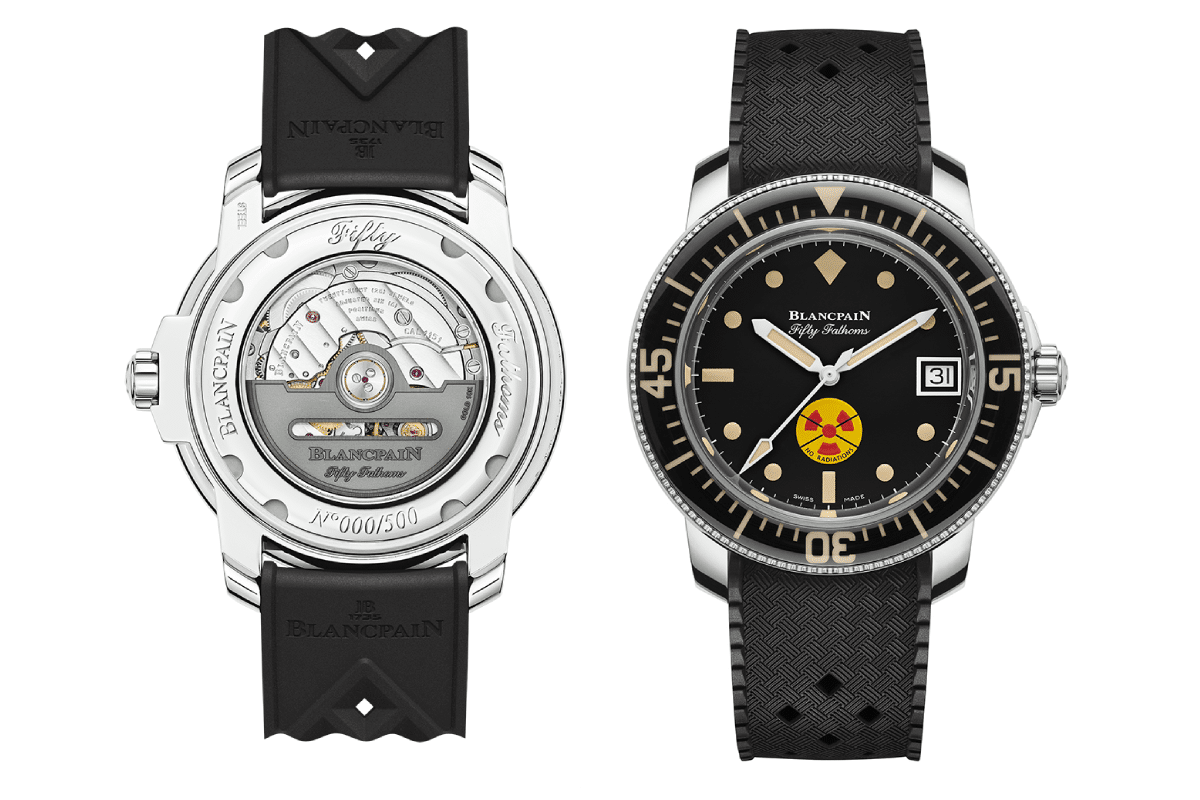 Flipping over the No Rad will reveal the Blancpain Calibre 1151, a self-winding movement equipped with a silicon balance spring and endowed with a four-day power reserve. Partially obscured by the 40.3 mm steel case, its two barrels are wound by a rotor with a cartouche-shaped aperture, a nod towards the very first Fifty Fathoms timepiece. It also features a “Tropic”-type rubber strap, a highly-popular material for divers for its durability and comfort.

Even better, Blancpain has unveiled a new documentary film to coincide with the launch of the limited-edition piece. The Fifty Fathoms History has been split into two expertly created parts, each telling the unique story of the iconic timepiece. Charting the rise of Blancpain’s most durable dive watch, the Fifty Fathoms History is a stunning ode t horological endeavour and the perfect accompaniment to the latest limited-edition release. 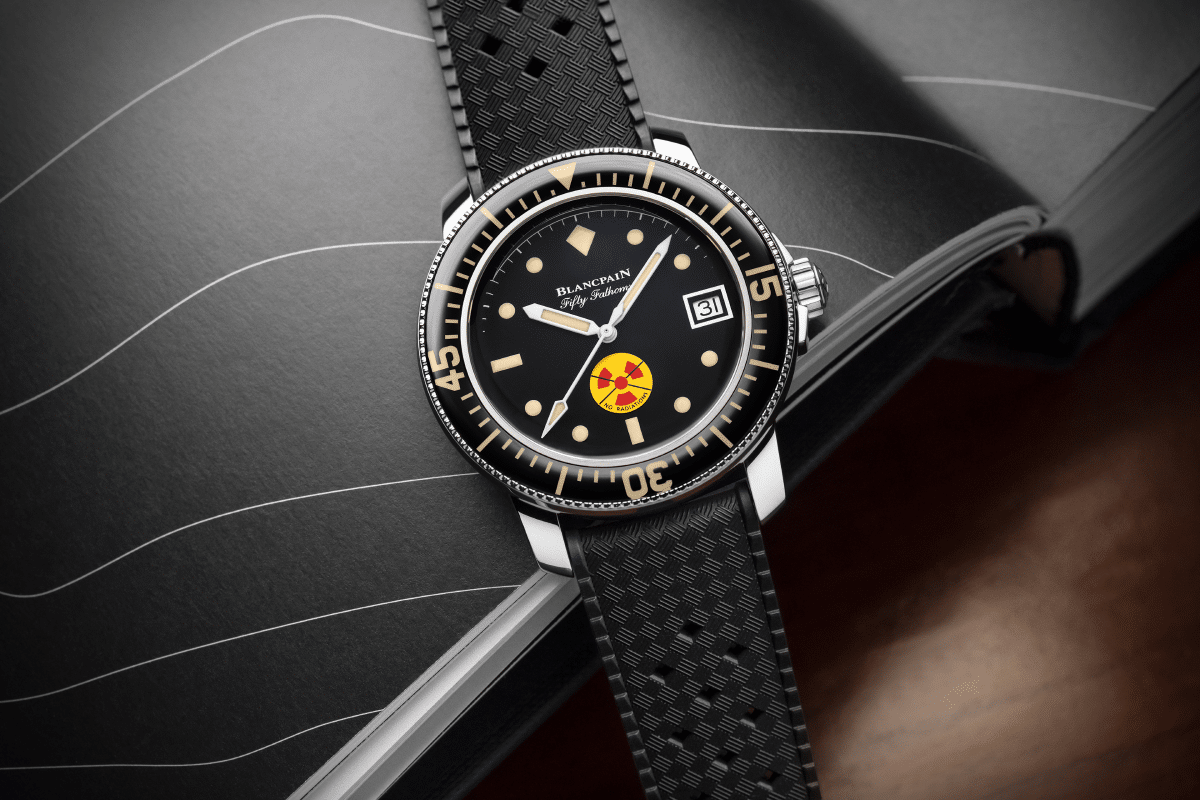 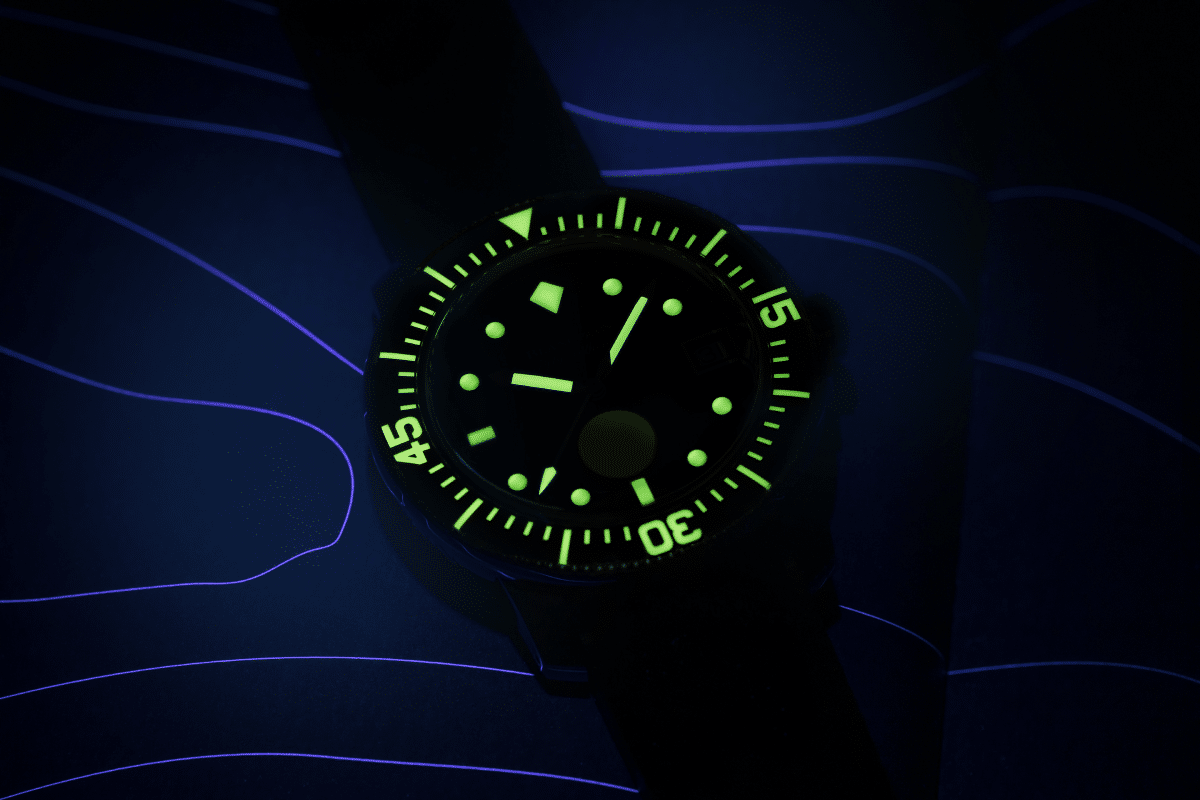 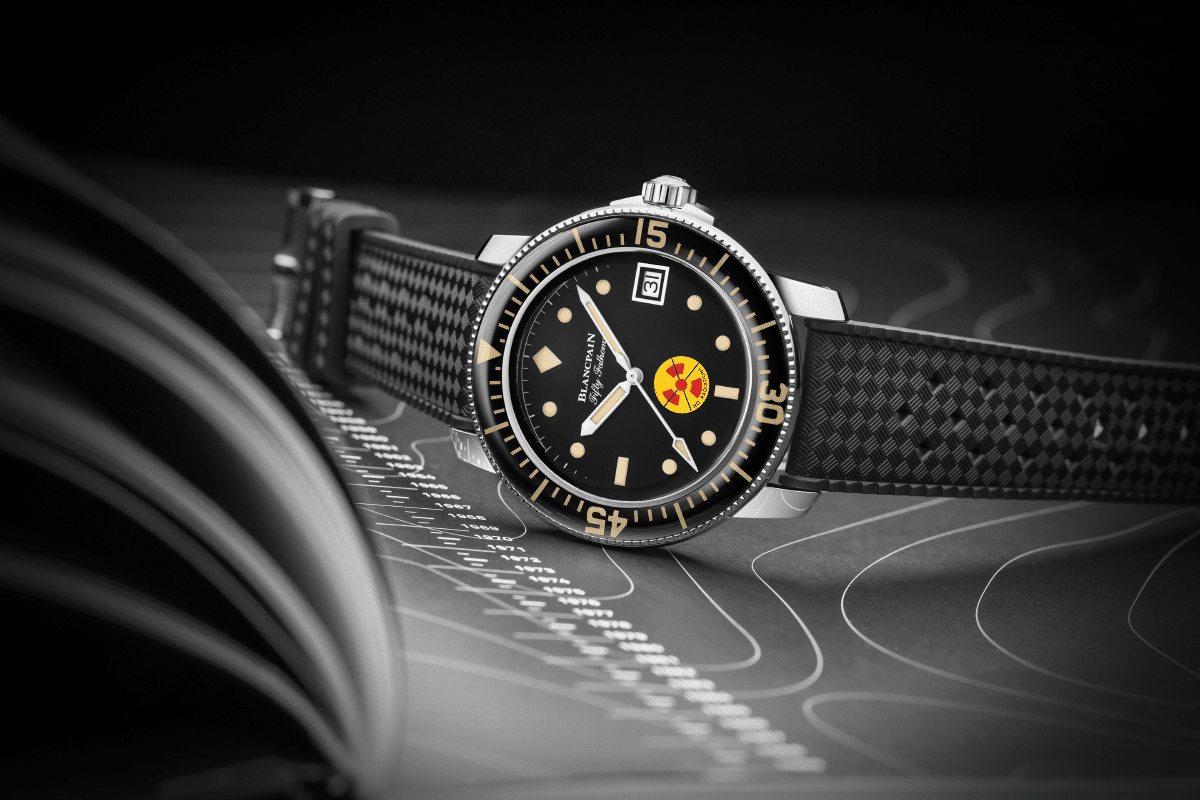 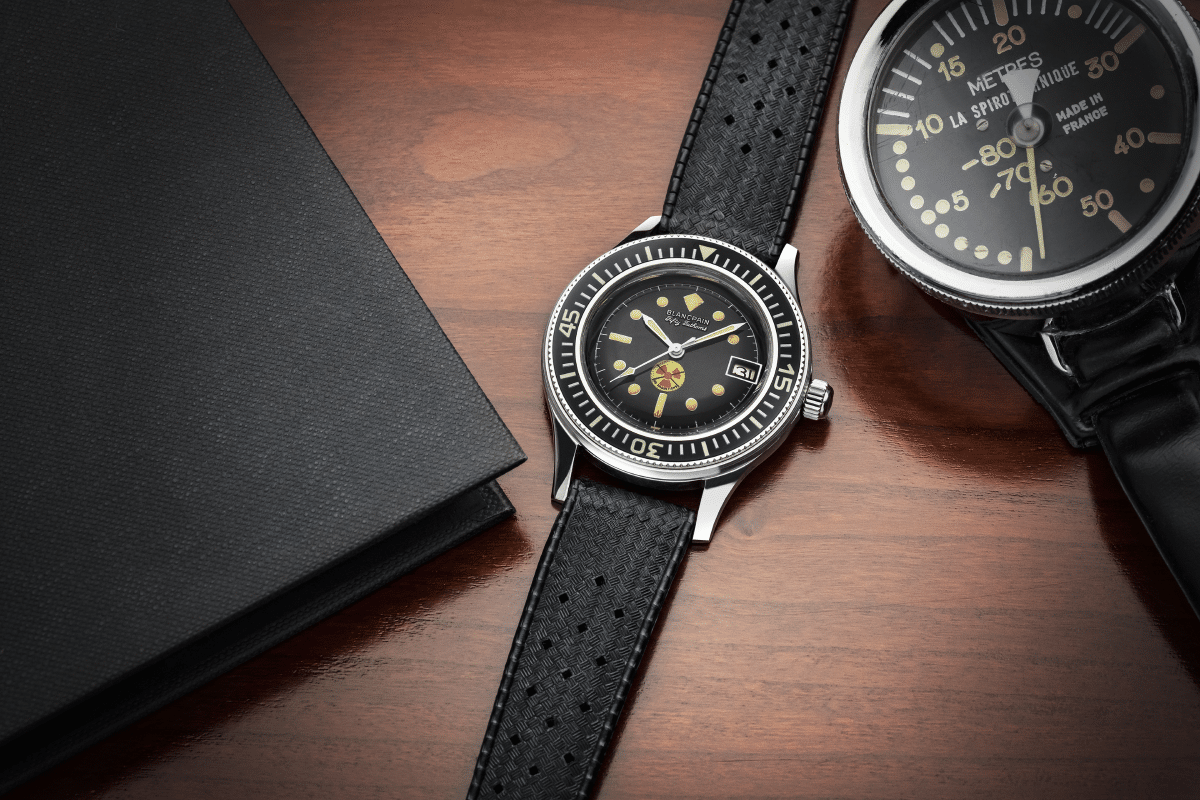 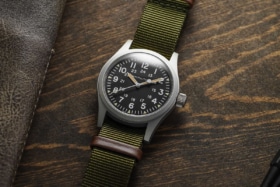 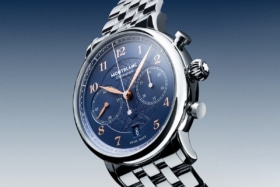 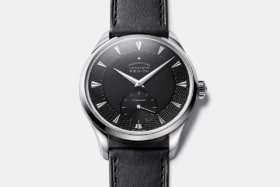