The boxing gloves worn by Evander Holyfield during the infamous 1997 match in which Mike Tyson bit off Holyfield’s ear are now being sold at auction by Lelands. Perhaps one of the most memorable moments in professional sport (for all the wrong reasons), boxing fans are now in an online bidding war to get their hands on a piece of history.

The gloves in question are up for sale once again after previously being sold at an auction in which Holyfield consigned his personal items. They were laced up on June 28, 1997, during the highly anticipated rematch between both fighters at the height of their careers. At the time of writing, the leading bid is at USD$12,155 (AU$18,000) with the auction running through September 17.

“These crisp, red Everlast gloves were worn by The Real Deal in that landmark contest, with Everlast logo sewn on each cuff, and a screened logo in white,” reads the item lot description. “Each has written on the cuff logo in black marker, “Holyfield #1.” Light but definite use shown, not surprising as the bout lasted just those three rounds. A remarkable piece of pugilistic history.”

After Holyfield beat Tyson in their first meeting in November 1996, the two heavyweights held their rematch at the MGM Grand Garden Arena in Las Vegas. The fight, however, was remembered for its scandalous conclusion than its substance. In the third round, Tyson bit both Holyfield’s ears and was disqualified after his second bite tore off Holyfield’s flesh.

Despite the incident causing a lasting beef between both men for many years, the two later reconciled and had been rumoured to meet in the ring in 2021. However, that never materialised after Tyson reportedly turned down a USD$25 million offer to jump in the ring.

To place a bid on this piece of historic sporting memorabilia, head to the Lelands website. 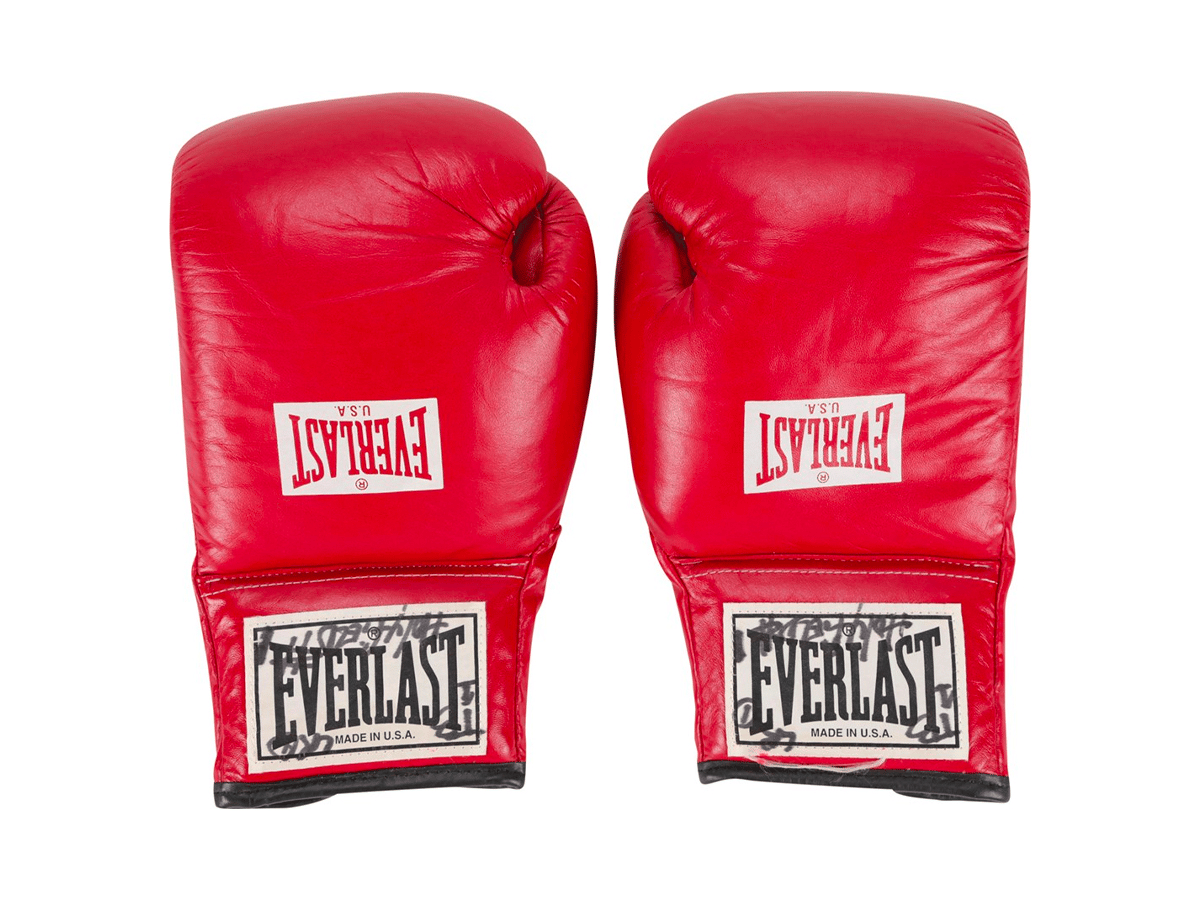