When you’ve got a craving for escargot and a little soupe à l’oignon, only the best French restaurants in Melbourne will do. Outside of the fabled European city, best known for its rich and mouth-watering flavours, Melbourne is your best bet for authentic Fench food, and thankfully so. French cuisine is so beloved across the world that it is UNESCO listed under intangible cultural heritage. Food for the French is a way of life. It’s intertwined with everything and contrary to popular belief, it’s not fancy or snobby, it’s all about harmony and letting the main ingredient sing. Oui oui!

You’ll also like:
12 Spots for the Best Charcoal Chicken in Melbourne
A Massive New Beer Hall is Opening in Melbourne This Weekend
23 Best Sandwiches Melbourne Has to Offer

Before you venture down to your local French provider for a serving of snails, it’s worth understanding what you are in for. Namely, what’s the difference between a Bistro and a Brasserie? According to Explore France, the country’s official tourist guide, there are a few main types of restaurants, each offering a varying assortment of goodies.

“From auberges to restaurants and everything in between, France has a wide variety of places to dine with different offerings, price ranges and atmospheres. This can lead to some confusion, however, if you’re hungry and not sure where to go if you’re looking for a multi-course meal or just a casual bite to eat,” the organisation wrote.

With that in mind, we’re breaking down the type of restaurants in France before taking you on a culinary journey through the best French restaurants in Melbourne.

We love a bit of French cuisine on our plates but where are the best places to go in Melbourne for that authentic French taste? Keep scrolling for the best French Restaurants Melbourne has to offer. 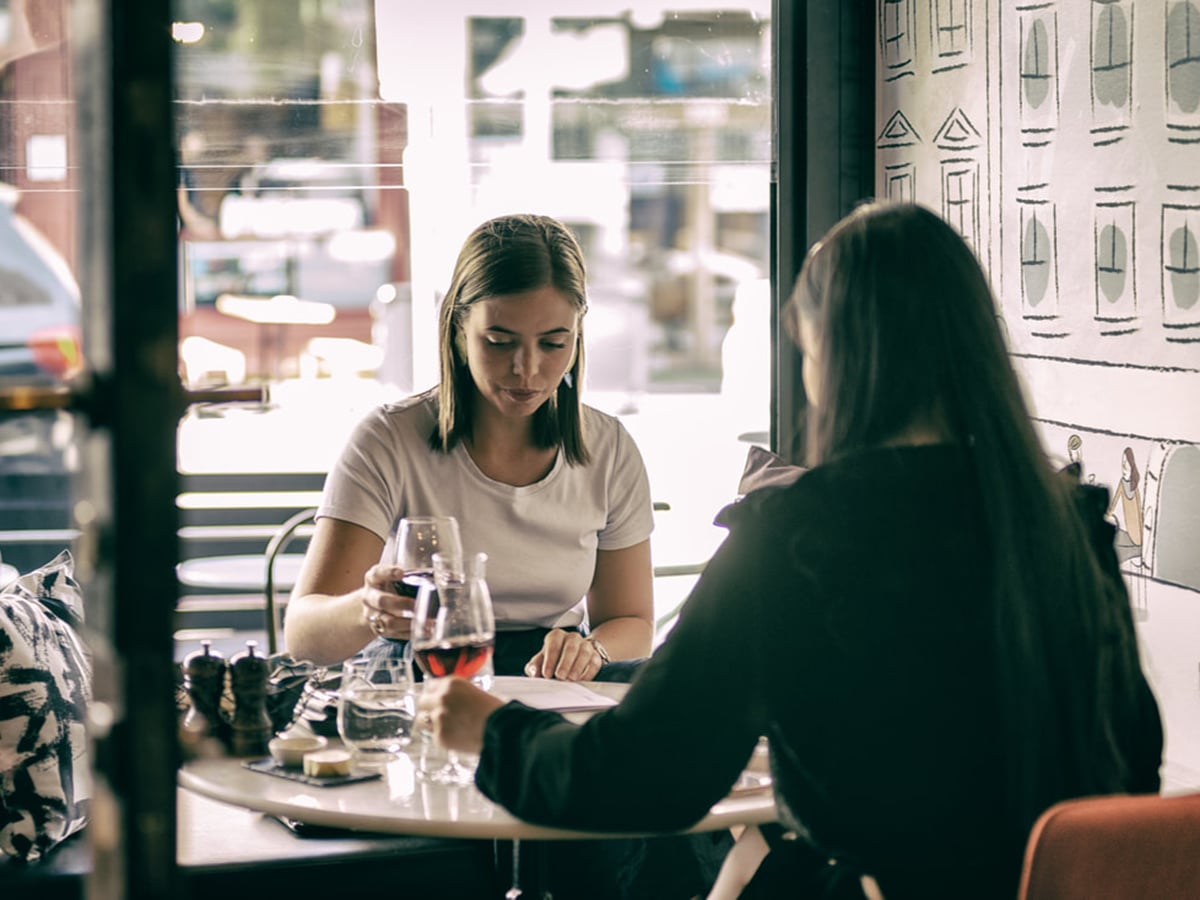 This bustling French bistro is simply bubbling with vibrant dishes made with quality ingredients and warm service. Noir is perfect for a night out of wine drinking and tasting the delightful rich foods of France such as the caramelised Atlantic scallops, confit duck with spiced lentils, beef tartare with Packham pear and woodland sorrel. Try a little bit of everything for a well-rounded taste of France. 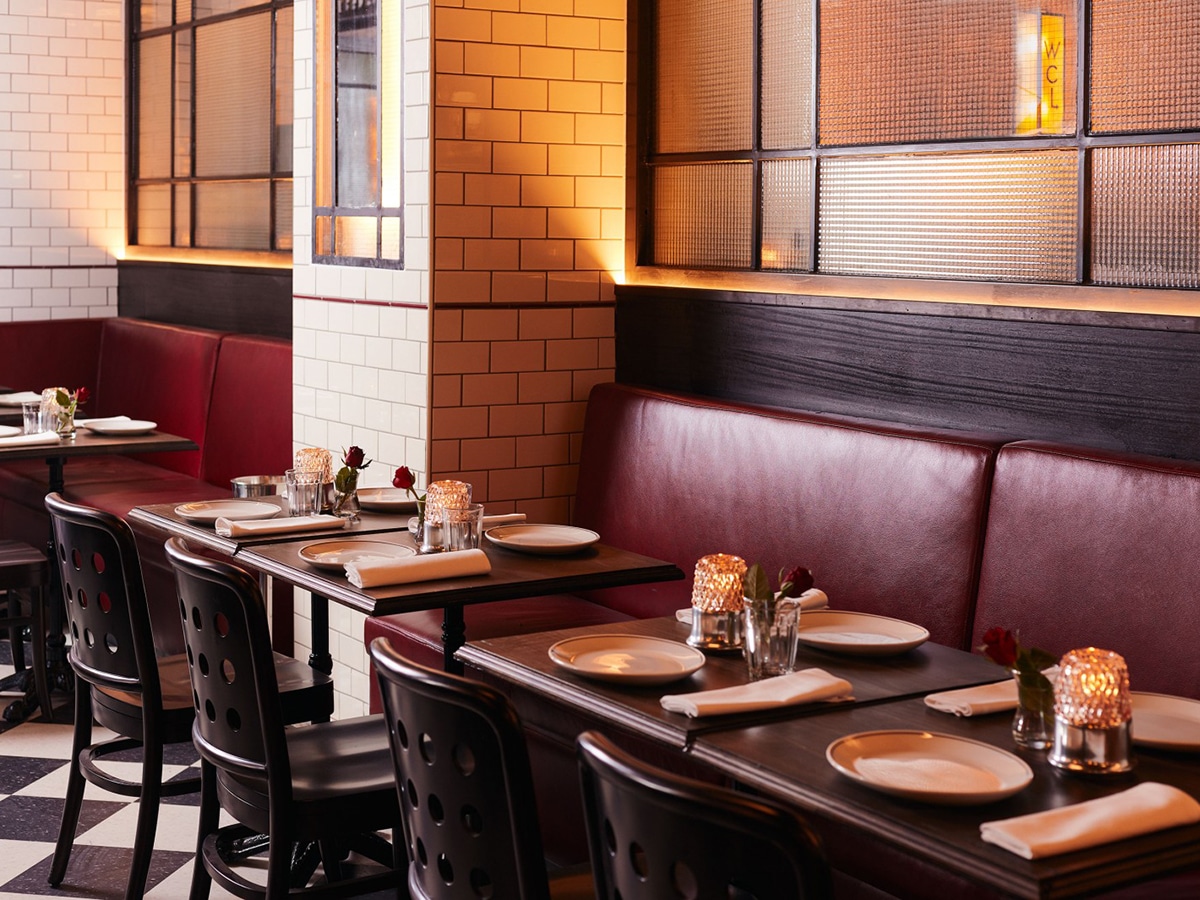 For those who like eating a little later in the evening, Bar Margaux is the perfect late night bar and brasserie serving up cocktails, wine and French comfort food until the wee hours of the morning. Here you’ll find your French bistro classics like braised meats, baked fish, pomme frites, tartare, escargot and more. Pair with a drink from the extensive list of French wines, champagnes, cocktails and spirits. 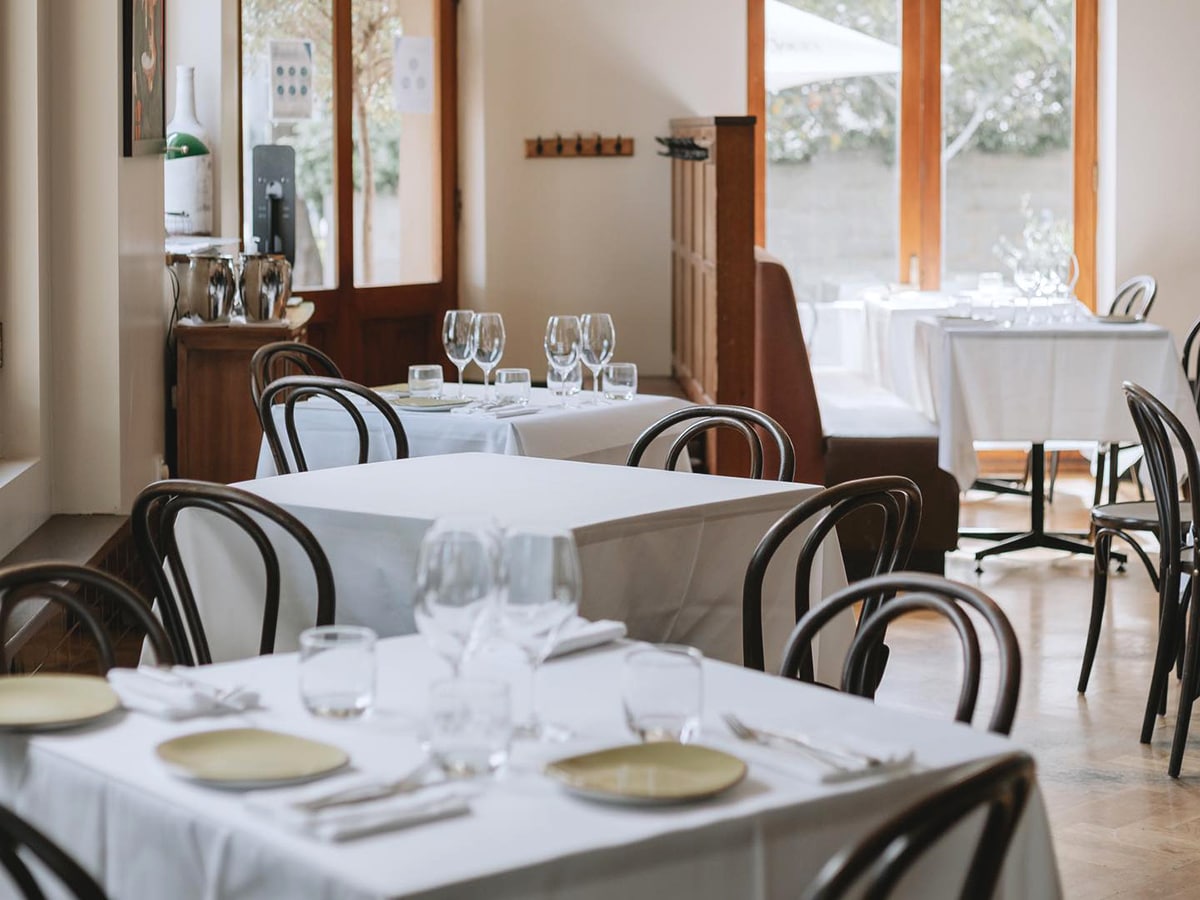 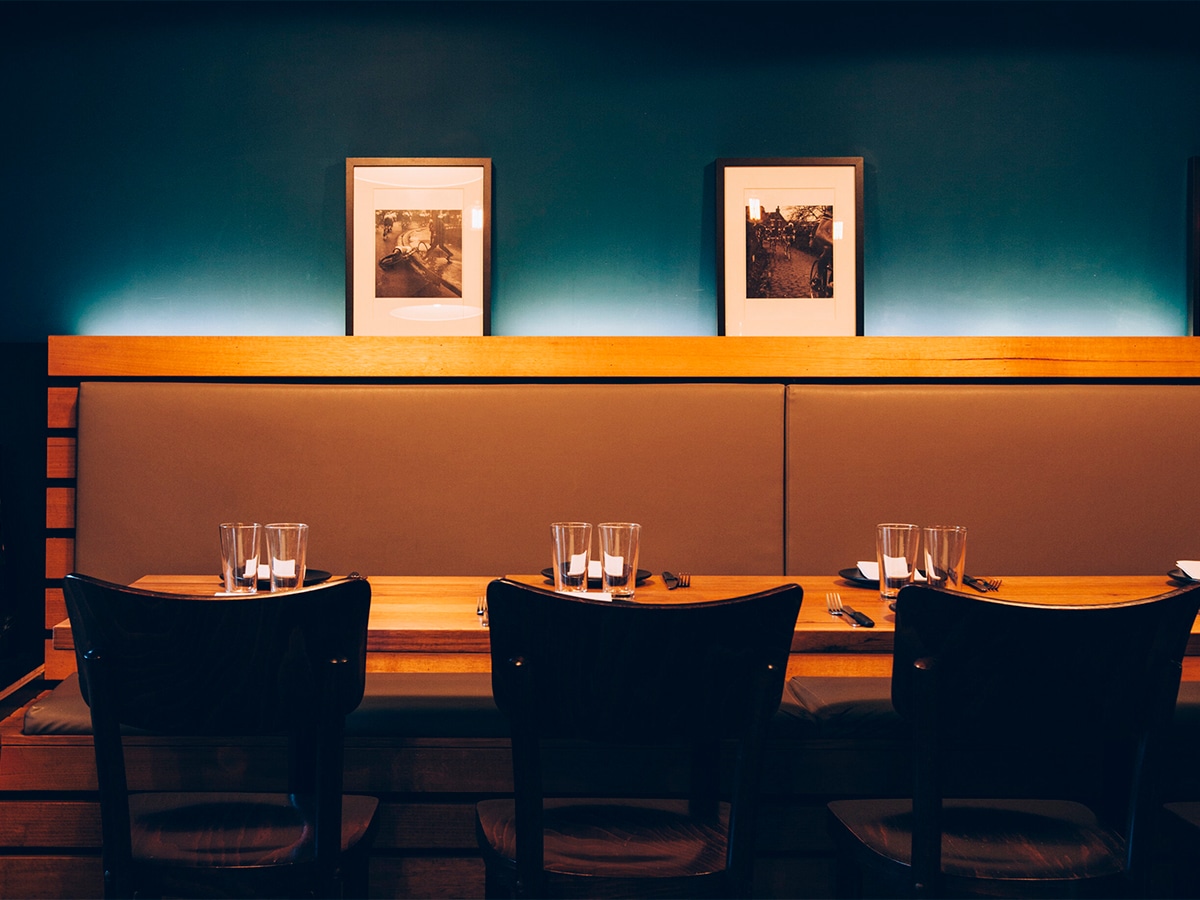 4. Hell of the North

Perfect for a date night out in Melbourne, Hell of the North is oozing with ambiance and atmosphere which perfectly complements their French inspired menu. Wednesday to Friday you can take advantage of the A la carte menu and Saturdays ‘Feed Me’ four course meal is a party for your taste buds. Choose from decadent dishes like ox cheek with bordelaise sauce, mussels in Pernod & fennel cream, cured ocean trout and much more. 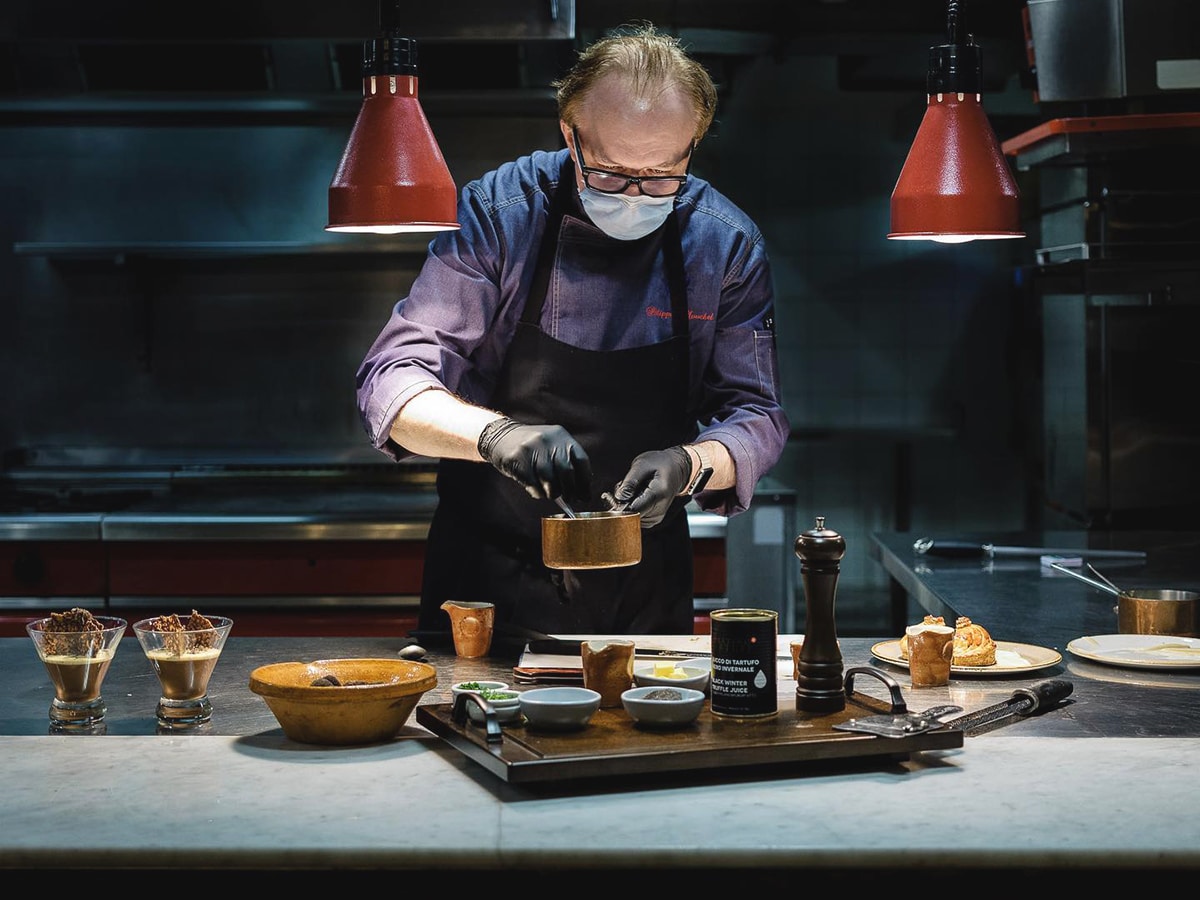 Philippe is one of the best French restaurants in Melbourne and that mostly comes down to the fact that it is run by the multi-talented Philippe Mouchel who knows his way around a French kitchen. Since his days growing up in Normandy to being mentored by Michelin award winning Paul Bocuse, you are sure to not leave disappointed after trying these delectable and contemporary dishes at Philippe. 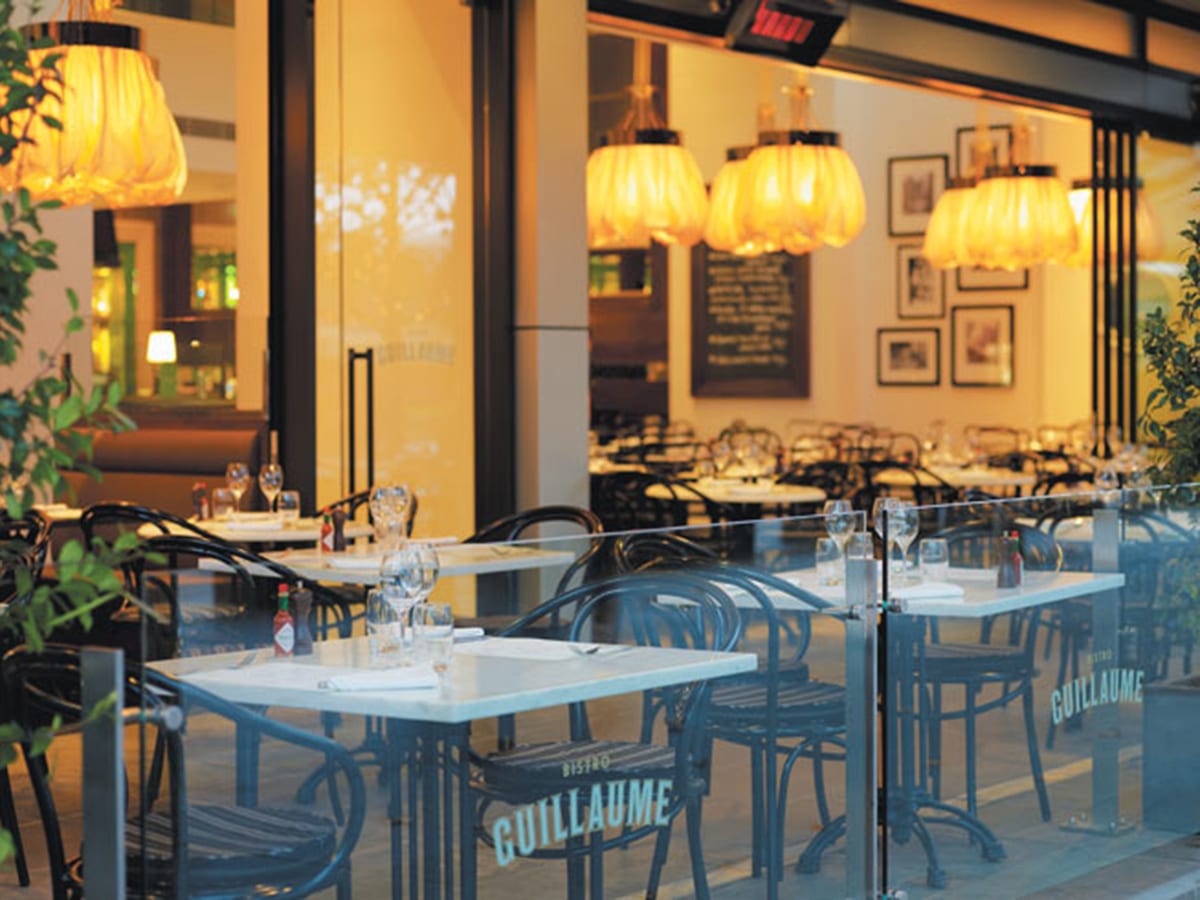 For a classically rich French menu, Bistro Guillaume is a no brainer. Perfectly situated at the Crown Melbourne, the popular French restaurant has a relaxed airy space to enjoy the decadent dishes such as blue eye trevalla with Grenobloise, Bannockburn chicken with black brioche or a classic steak frites with béarnaise sauce. For dessert there’s a selection of cheeses, profiterole, vanilla bean soufflé and chocolate fondant. 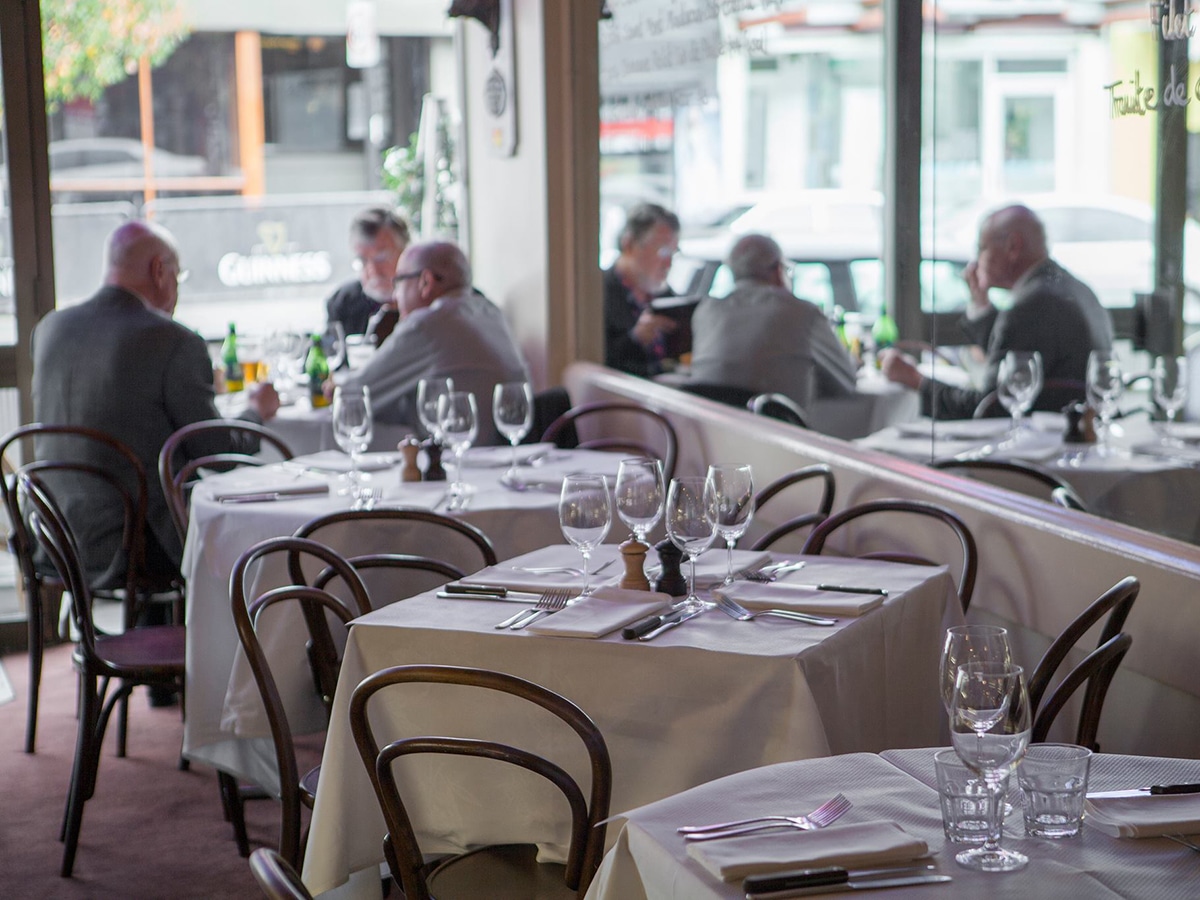 France-Soir is a bustling joint for foodies to indulge in a little French cuisine without having to go to France. This tiny Melbourne restaurant offers some of the best French food along with expert service and even French speaking waiters, how’s that for authentic. As for the menu, there’s classic French flavours like pork chops in creamy porcini mushroom sauce or rabbit casserole with mustard sauce along with classic French onion soup, escargot and more. 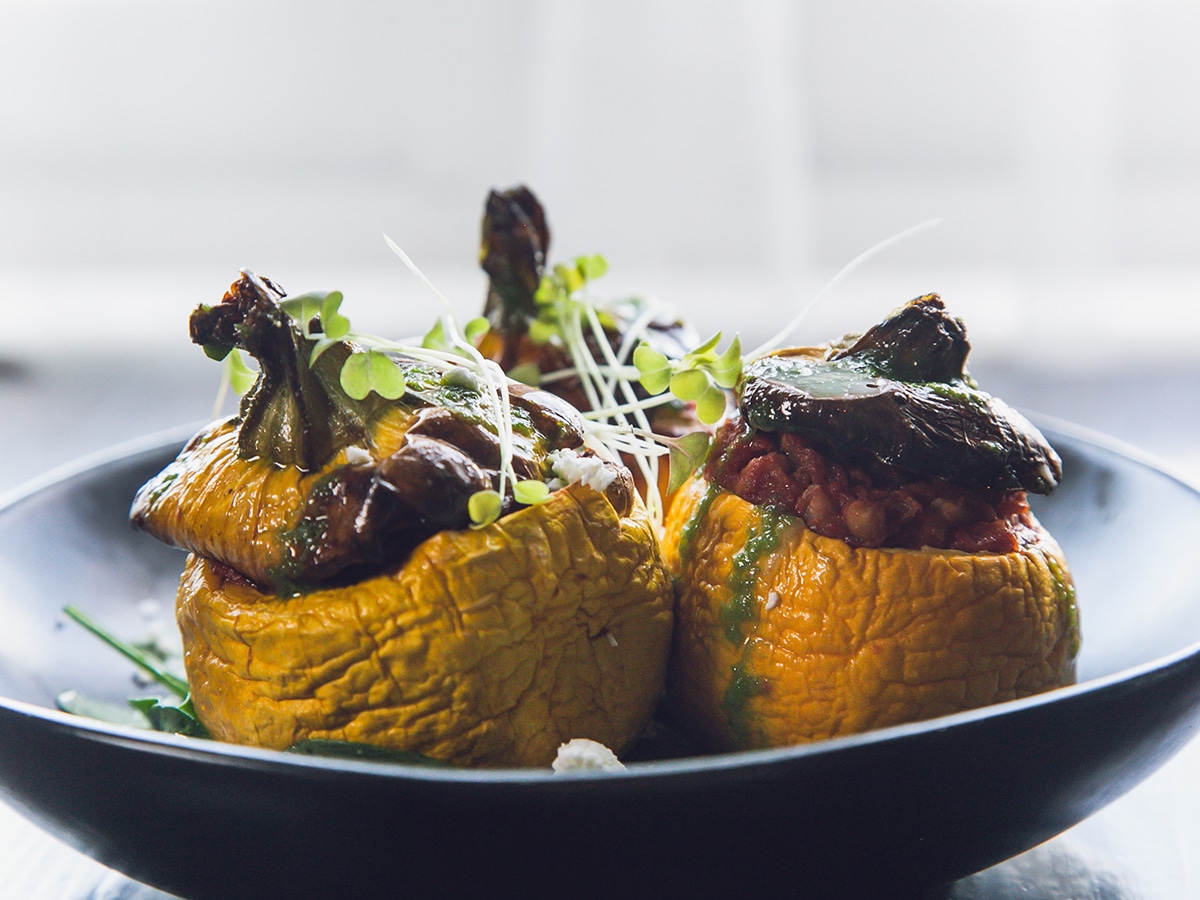 Bon Ap’ is a café, bar and restaurant all in one, for a morning croissant and coffee, a long boozy lunch or a late night dinner spot you’re sure to enjoy the old world ambiance and comforting French menu. Speaking of the menu you’ll find classics like steak tartare, chicken liver parfait, coq au vin, and the soupe du jour. For dessert grab a classic crème brulée or do as the French do and have an assortment of cheeses pair with a dessert wine. 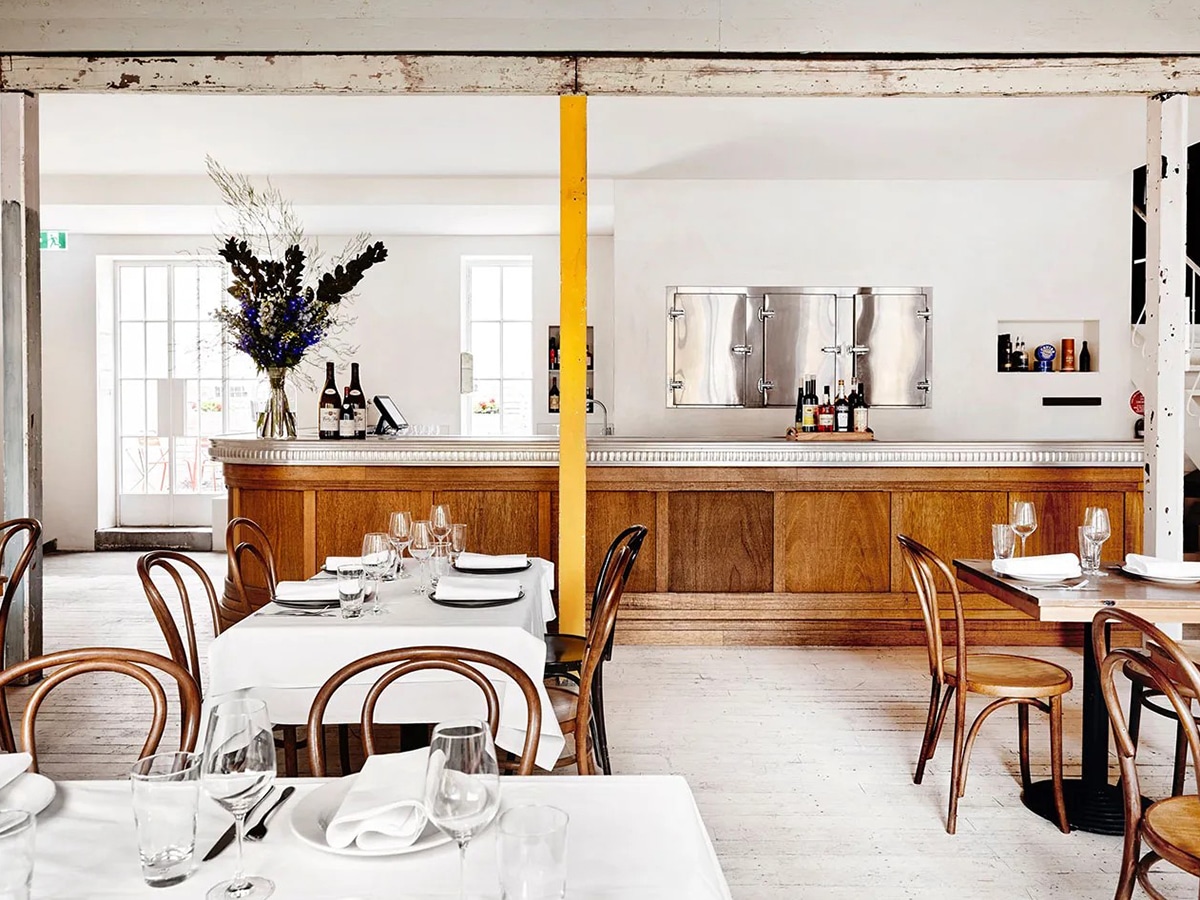 Unfortunately due to restrictions imposed in Victoria, French Saloon Bar & Bistro had to stop operating, for the time being, as a regular restaurant open to the general public. Luckily though, they have rebranded as a space for special events such as weddings, engagements, birthdays etc. The events menu is full of delicious offerings for your special occasion with dishes like whipped cod roe, house cured meats, king salmon, roasted Cape Grim beef, assorted cheeses and an extensive drinks list. 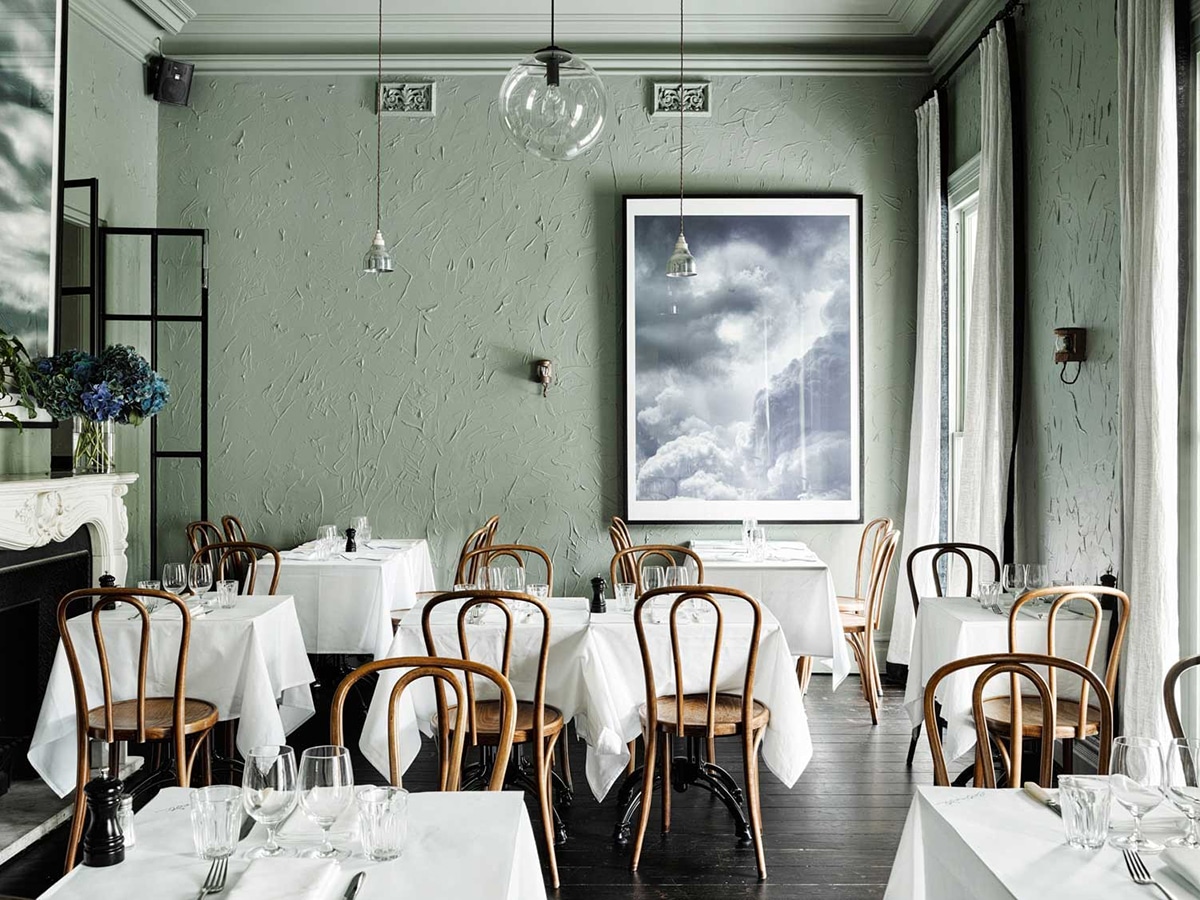 Soon to be relocating to a bigger space in Prahan, Entrecote in South Yarra has gone from strength to strength since its inception seven years ago. They’ve got you covered for breakfast, lunch and dinner with some of the best French cuisine in Melbourne. Expect dishes like buttery scallops, steak tartare, angus porterhouse steak with frites, poached chicken, confit pork and much more. Grab a cocktail or wine and you’ve got a feast fit for a French king. 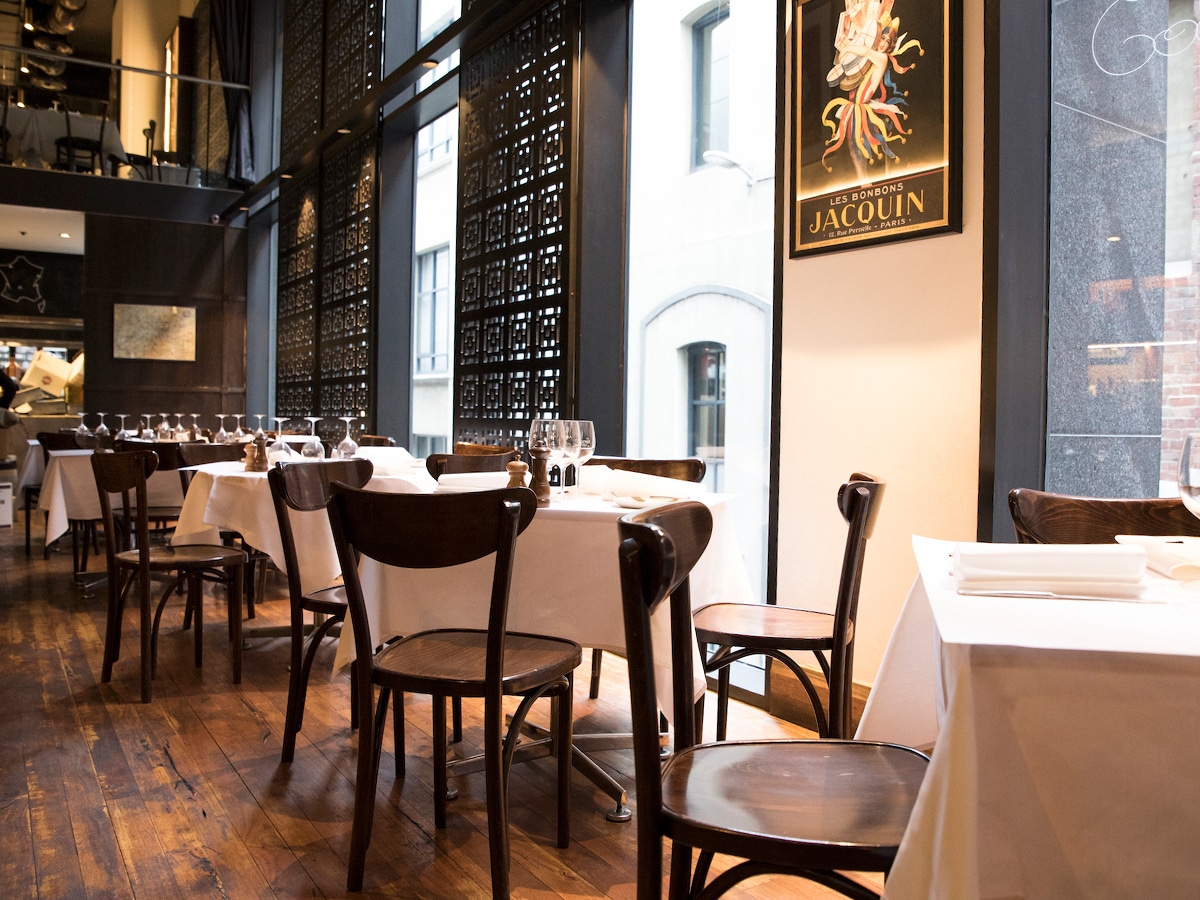 The best French restaurants in Melbourne are the ones that make you forget you’re in Melbourne at all, and The French Brasserie does just that. The beautifully and contemporary decorated restaurant offers all the best of French cuisine with excellent and friendly service. Try French cuisine classics like escargot, French onion soup, coq au vin, boeuf bourguignon, pomme frites and sweet desserts like crème brulee and chocolate fondant. 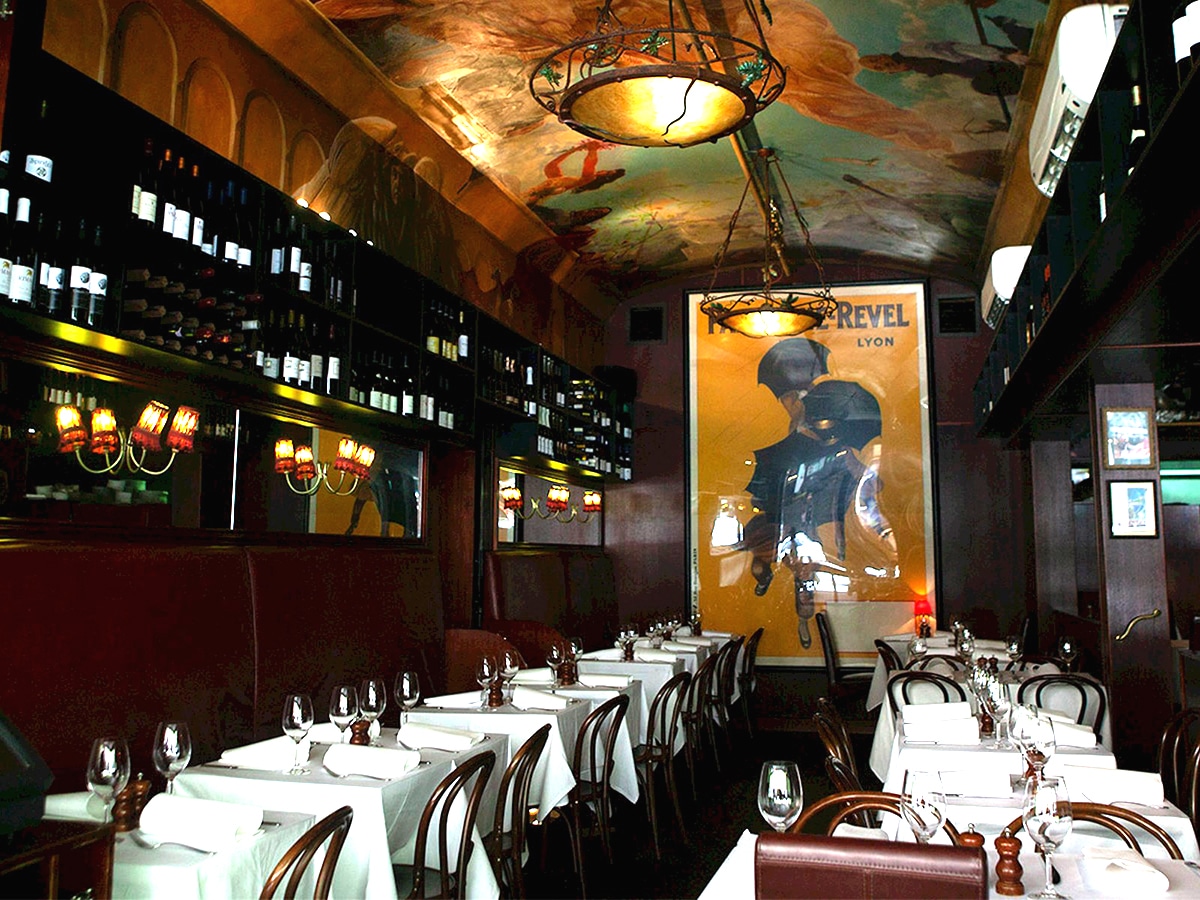 For 25 years Bistrot d’Orsay has been one of the go-to best French restaurants in Melbourne for foodies and French cuisine lovers alike. Step inside and it’s like stepping into a Parisian bistro with dark wood paneling, painted ceilings and low lighting. The food is the real winner with dishes like the goat cheese soufflé, steak tartare, cured Atlantic salmon, roasted lamb shoulder, and the famous Marseille soup, Bouillabaisse, bursting with fresh seafood. 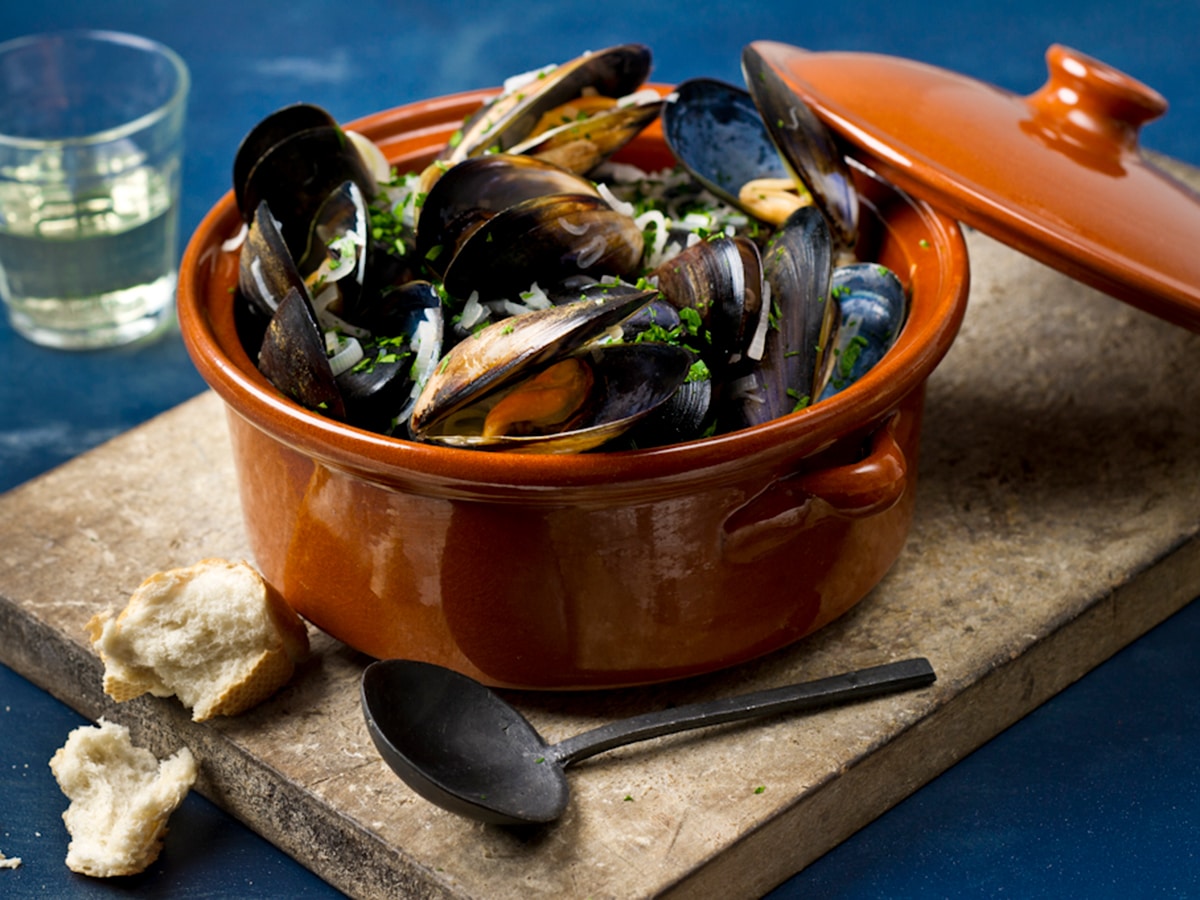 You’ll also like:
12 Spots for the Best Charcoal Chicken in Melbourne
A Massive New Beer Hall is Opening in Melbourne This Weekend
23 Best Sandwiches Melbourne Has to Offer

What is the best French restaurant in Melbourne?

Some of the most highly rated French Restaurants in Melbourne are The French Brasserie, Philippe, Noir and Bistrot d’Orsay.

What are some traditional French foods?

Where can you find French food in the Melbourne CBD?

French food can be found all over Melbourne especially in the CBD, but the best place is probably South Yarra which is considered Melbourne’s French pocket. It boasts many French inspired cafes, bars, delicatessens and restaurants.