When Swiss luxury watchmaker OMEGA unveiled a special edition Bond-themed Seamaster diver 300m last year to celebrate the 50th anniversary of the 007 franchise, we were in awe of the classy timepiece. The 42mm diver’s watch had all the hallmarks of a classic Bond addition, but now, OMEGA is doubling down, announcing it has revamping the special-edition in solid platinum-gold. 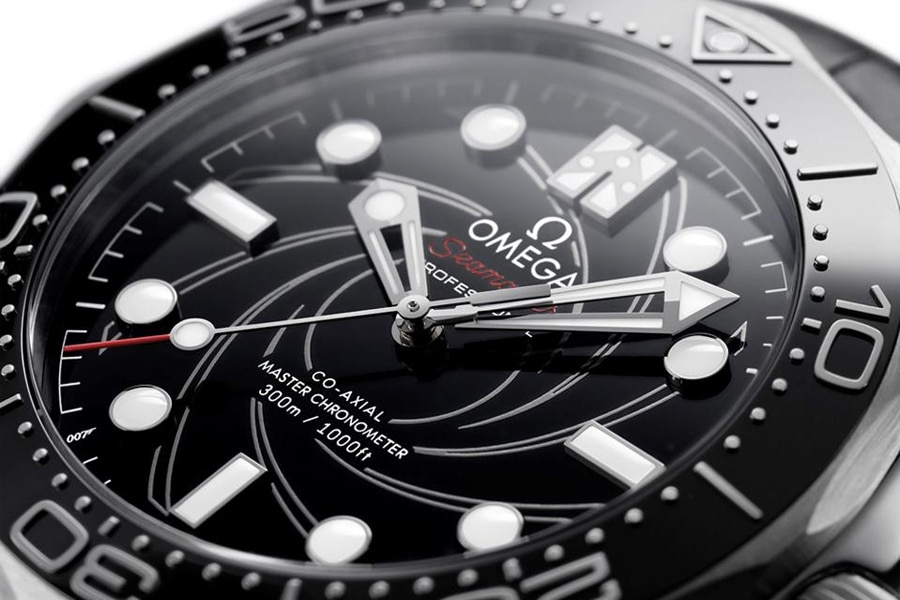 It’s a been a long and fruitful partnership for James Bond and OMEGA. Since 1995’s GoldenEye, the Swiss watchmaker has supplied 007 with a signature Seamaster timepiece, with this most recent edition offering a decidedly more luxurious expression. Featuring a 42 mm case crafted in platinum-gold, with a platinum-gold plate on its side, the new OMEGA Bond Seamaster 300m watch is engraved with each Numbered Edition figure. The same premium material is also used for the polished-brushed buckle of the watch’s black leather strap.

It’s a bold and brash take on refined luxury with an air of rugged toughness, something Bond himself has made famous. There is a black ceramic bezel ring with a platinum diving scale in positive relief to coincides with the black enamel dial, which has been given a spiralling gun barrel design in 18K white gold. 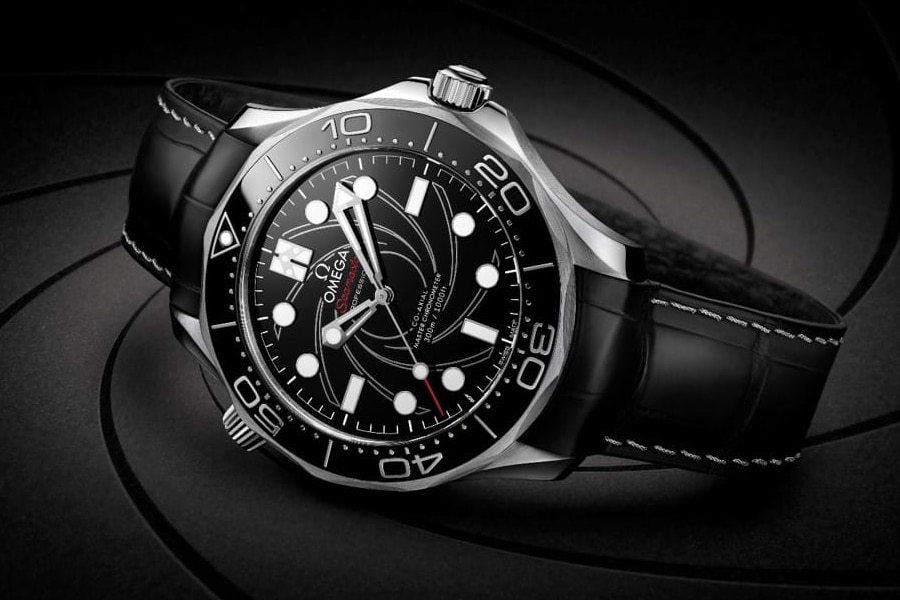 Like last year’s original commemorative piece, the new Platinum-Gold edition features a hidden number 50 within the Super-LumiNova of the 10 o’clock index. The subtle nod to 50 years of Bond flows through to the dial as well. You’ll find a sneaky little 007 logo at 7 o’clock on the white enamel minute track, as well as 18K white gold features, including the hands and indexes. There’s even a Bond family coat-of-arms at 12 o’clock to complete the lineage, an image that is reflected on the sapphire crystal caseback of the watch.

This second coat-of-arms has been laser-engraved and filled with platinum, before being finished with hand-engraving to add a level of bespoke craftsmanship to the mix. Best of all, the OMEGA Co-Axial Master Chronometer Calibre 8807; the brand’s certified highest standard of precision, chronometric performance and magnetic resistance is visible through the glass. There’s no doubting the new OMEGA Bond Seamaster 300m Platinum-Gold edition is for the affluent 007-fanatics and it shows through in the presentation. Anyone who manages to get their hands on the new release will find it presented in its own Globe-Trotter suitcase, bound by NATO-inspired straps, with an additional black rubber strap inside. The OMEGA Seamaster Diver 300M James Bond Numbered Edition (REF 210.93.42.20.01.001) retails for AU$79,200. 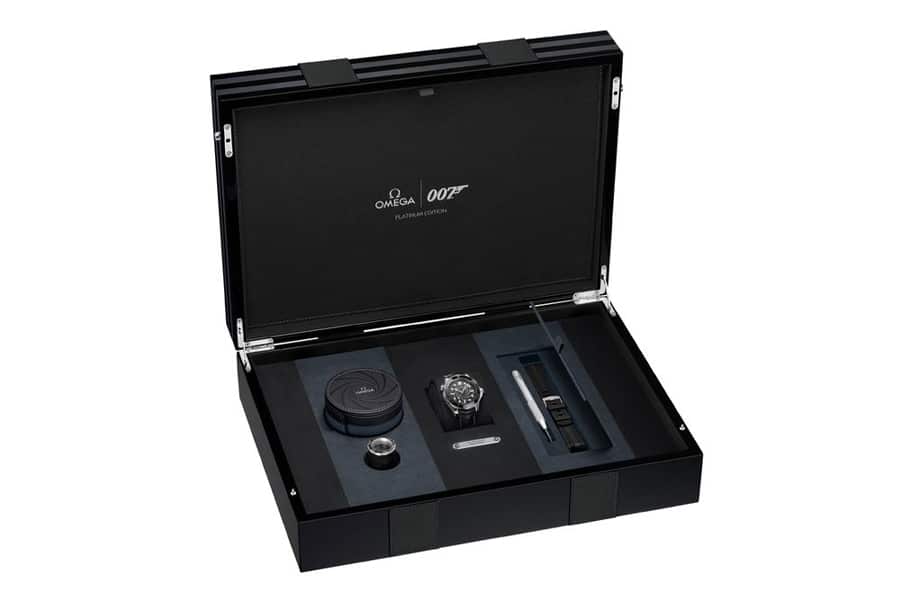