Ah, the hidden bar. An added descriptor to make a good bar or a small bar or a weird bar a little more special. Many cities have these scattered around them, adding a little surface flare to different neighbourhoods — but the truth is, most of these so-called hidden bars aren’t really that hidden, they just say they are. However, in a city like Sydney, with so much history and character, hidden bars truly are hidden, a way to fill an odd space or reinvent an old one to compliment the many inhabitants who love to imbibe in unique locations. Below are the 20 best hidden bars in Sydney, for your drinking adventures — just don’t tell anyone else! 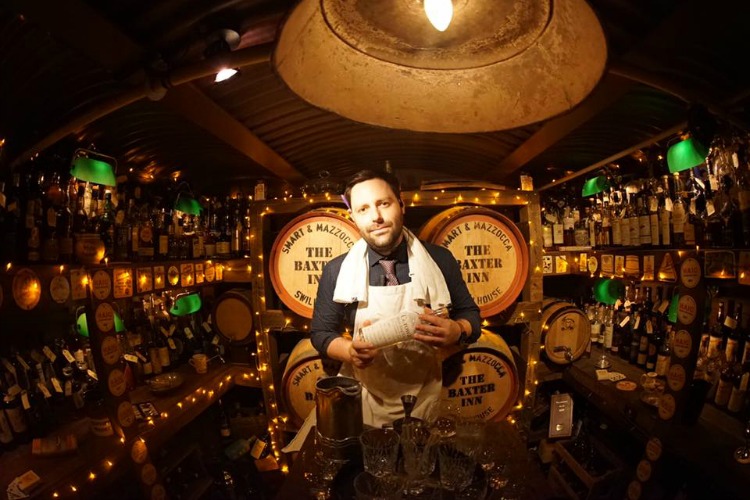 This underground whiskey bar whose front door is on an old tattered loading dock has the outside appearance of being the ideal hidden bar in Sydney. Once you get a chance to view and sample their extensive whiskey collection, you may never come back to the city surface.

Huxley’s doesn’t look like much from the outside, but inside it’s like stepping to the other side of the world: Manhattan to be exact, fashioning itself like a classic American sports bar. In fact, ex-pats will swear they are back home after a few strong drinks here, making this one of the ideal hidden bars in Sydney, especially for tourists.

This Newtown gem is a throwback to the great bars in the city of New Orleans, Louisiana, with drinks strong enough to make you feel like it’s always Mardi Gras and a cozy wooden interior that just makes you want to spend the night. Arguably our favorite hidden bar in all of Sydney.

Down a narrow laneway is Papa Gede’s, a hidden bar in Sydney that is themed after the bizarre and alluring world of voodoo. They’re dog friendly, serve a killer old fashioned among other cocktails and are an ideal place to start or end any night. 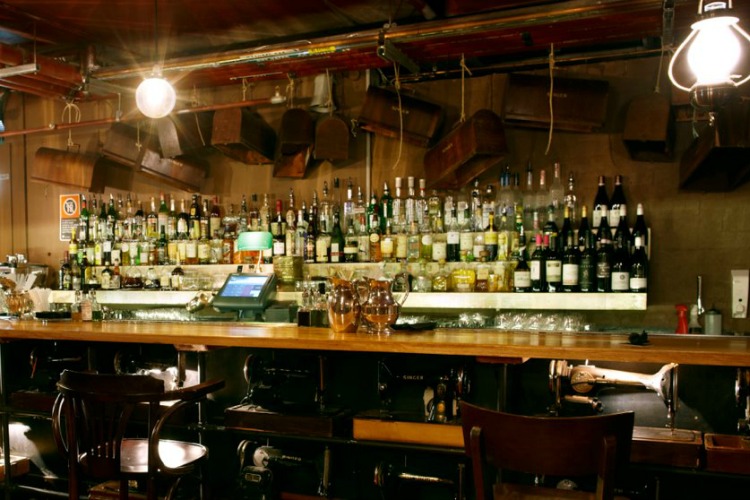 Built behind a faux-dress maker’s store front, Stitch Bar may be the most fun hidden bar in all of Sydney and you’ll feel that right after you find your way inside and down below ground. Excellent cocktails and American-inspired food will greet you, nicely enough to make you want to spend the whole night.

The picture-perfect version of an American inspired dive bar, Ramblin Rascal Tavern is a place that is easily overlooked on first blush but is undoubtedly one of the best hidden bars in all of Sydney. A great vibe, excellent drinks and delicious unhealthy food make this an ideal stop. 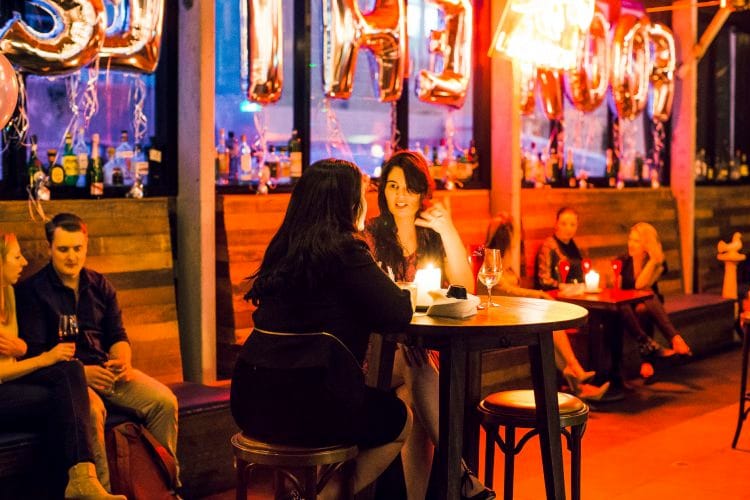 This hidden bar in Sydney is located on a rooftop right downtown, above businesses and business colleges which you view on your ride up the elevator to the top floor. With great views, drinks and food—not to mention a seductive breeze most months of the year, the Rook is one of the best stops in town. Located under Clarence street, this underground run bar is undoubtedly one of the most alluring hidden bars in all of Sydney for those who love that sweet, fun-loving liquor. You’ll feel like you’ve taken a trip to Cuba. The Wild Rover is only technically a hidden bar in Sydney because everyone knows about it. But that’s because this two story, jungle-themed whiskey bar is so incredibly good.

A tropical basement stocked with rum is what you will encounter when you take a trip to Grandma’s Bar, unlike the other trips you have take to your Grandma’s. With that type of reception, you’ll regularly be visiting this hidden bar in Sydney.

Themed like a wood paneled establishment from Los Angeles in the pornstache-tastic 1970’s, Gunther’s is yet a small hidden bar in Sydney’s Redfern Continental Restaurant that transports you to another place. The bar’s great soundtrack and drinks help compliment the feeling. 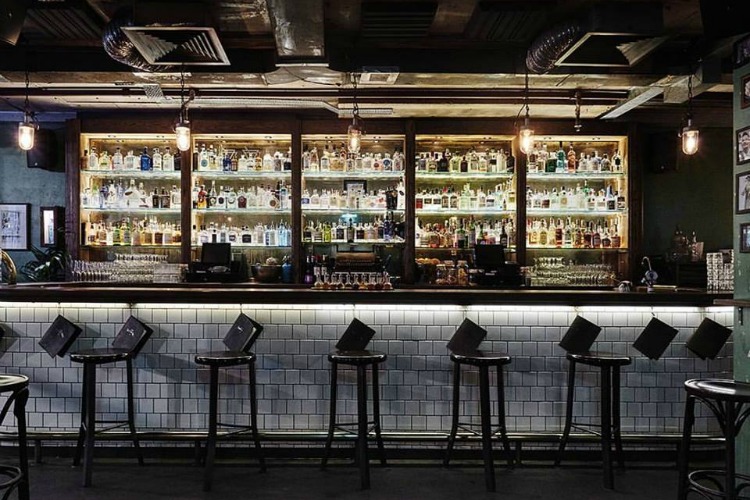 As the name suggests, this fantastic hidden bar in Sydney is located in a barber shop, serving strong gin cocktails among others with small nibbles to keep you satiated in between more gin cocktails. 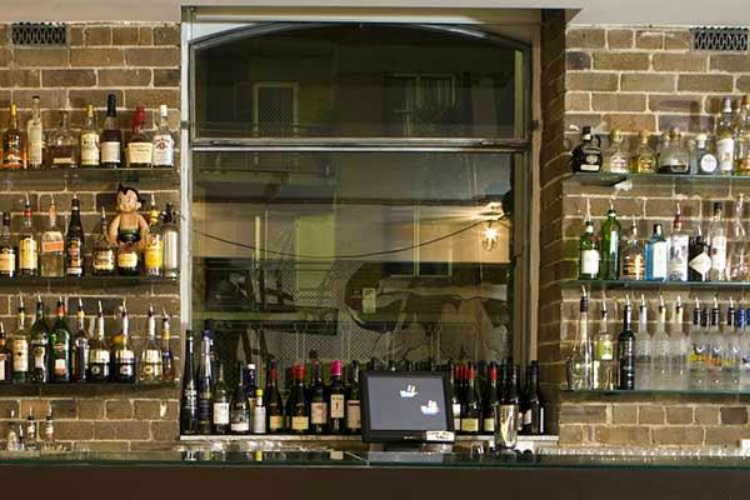 Located through an unmarked door off a lane in Darlinghurst, Shady Pines Saloon is widely considered by those in the know as one of the prime hidden bars in all of Sydney. It’s décor is fantastic, it’s drinks spectacular and it’s rock ‘n roll loud. Located in the heart of the CBD, PS40 may be one of the toughest hidden bars in all of Sydney to actually access. But once you do, this secret tiki bar is worth every ounce of effort. 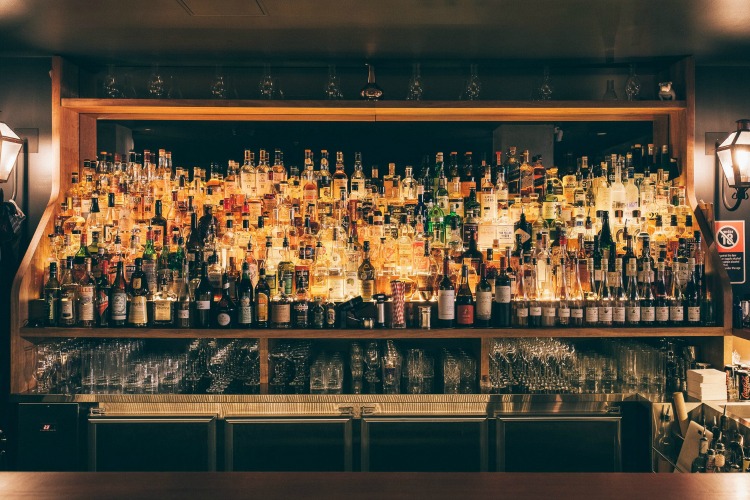 Located underneath a Subway sandwich shop that is almost impossible to find, The Swinging Cat makes up for their lack of signage by being one of the best New Orleans themed bars around. Arguably the most hidden of hidden bars in all of Sydney.

An underground bar off York street, this Asian themed speakeasy style bar is not only one of the best hidden bars in Sydney, it also has some of the best Chinese dumplings. Pair that with some Asian whiskey and you will be well set up. 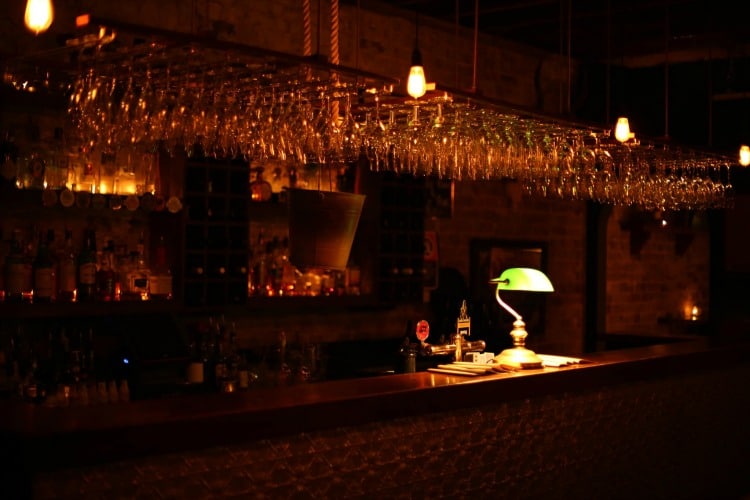 Discreetly located around the corner from the Crow’s Nest Hotel, The Foxtrot Inn is a hidden bar in Sydney that is dimly lit and oozing personality. It’s also one of the few great hidden bars where you can drink outside in a garden.

Located atop the Republic Hotel, Taylor’s Rooftop is an upscale hidden bar in Sydney with great views, stylish patrons and excellent drinks. Be prepare to be setting trends or following them there. 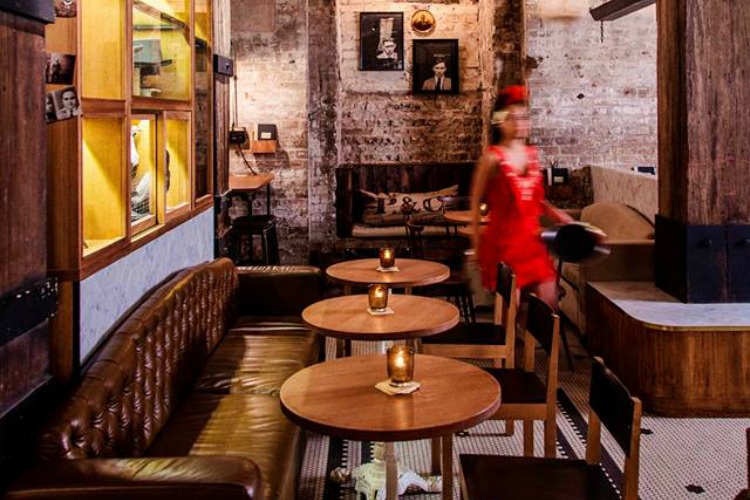 It’s surprising more prohibition speakeasy-style bars didn’t make this list, but Palmer & Co is undoubtedly the hidden bar in Sydney that deserves this honor. Also, if you love cheese with your food, this is your spot. 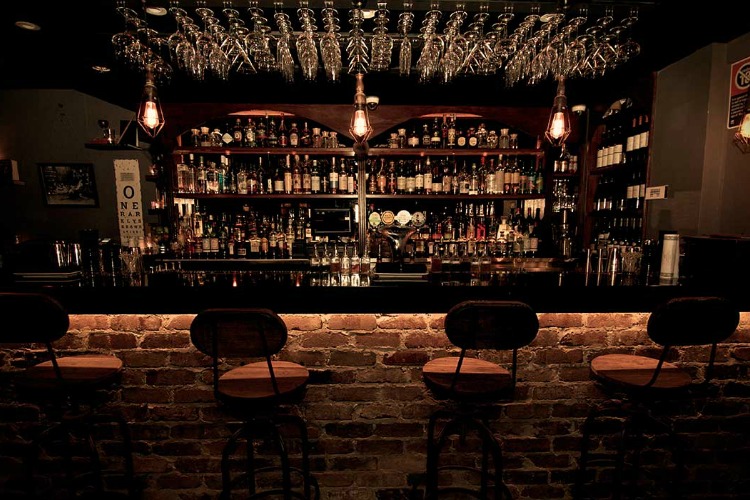 This underground Bondi Junction bar has great beers and blues on tap, making it a unique and excellent hidden bar in Sydney, that’s different from all the rest.