Set your mouths to: drool. That’s what gearheads were doing at the 2017 Geneva International Motorshow when they laid their eyes upon the Project Black S Concept, a re-imagined Infiniti Q60 coupe developed in partnership with the Renault Sport Formula One racing team. This sleek triumph on wheels is equipped with cutting-edge aerodynamic features and the latest in automotive innovation. Giving the Black S an extra vibe of exclusivity are blacked-out windows, as if only the driver and his guests will be privy to all the ride’s secrets.

Concept cars usually have their sights set on the future and the Black S is no exception. Included among the whip’s slew of incredible specs is a hybrid powertrain that sounds like something out of a sci-fi novel in that it features an ‘energy recovery system’, which harvests both kinetic energy from the brakes and heat energy from the exhaust gases. That energy is then stored in lithium-ion batteries while the recouped electric power enables quicker rotation of the crankshift and turbine blades.

Such one-of-a-kind technology allows the car to accelerate instantly with essentially no lag whatsoever. In addition to the unparalleled powertrain, the Black S utilises a fixed rear wing to optimise downforce, as well as lightweight carbon fibre, bespoke air intakes and flared wheel arches to boost aerodynamic efficiency. The tires are 21-inches, the windows are black and the body is grey and black with a smoked chrome trim.

Like so many other impressive entries at Geneva, the Black S puts raceway engineering inside a car meant for the roads. What that means for potential drivers is a coupe that runs supremely well, goes really fast and makes a lasting impression on others. For the sake of those same potential drivers, let’s hope this swift and powerful beast makes it to the finish (i.e. production) line. 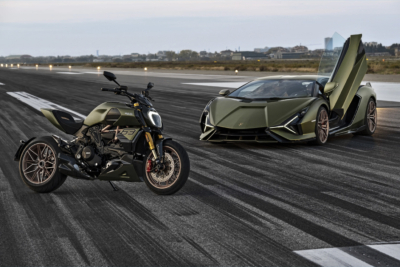