Needless to say, 2022 was a messy year for the games industry. Frequent delays, social media outbursts from voice actors and an abundance of leaks—including GTA 6, all suggest the year will go down in history for all the wrong reasons. But it’s not all doom and gloom. Some top games launched in 2022. The type that we’ll be talking about for years to come. There were breakthroughs in open-world design, accessibility, performance and fan service. So you can consider our list of the best video games a celebration of the year’s highest points to ensure 2022 goes out on a positive note.

To arrive at this list of products, the Man of Many team went through hours and rigorous testing, implementation and analysis before culling it down to the very best. Over the last 12 months, we’ve worked on curated products that push boundaries and pioneer new fronts, across the automotive, fashion, lifestyle and technology verticals. Sure, we love getting the latest piece of kit in our hands, but being able to point out the benefits and shortfalls objectively is at the heart of what we do.

When it came to selecting the best video games of 2022, our selection criteria was as follows:

Taking top honours at The Game Awards 2022, Elden Ring lifts the acclaimed FromSoftware formula to the next level thanks to its gorgeous open world and relentless challenges. The setting of The Lands Between grants immense freedom and exploration to tackle the possibilities in any way you see fit. In this regard, the world is more akin to Breath of the Wild than Dark Souls, Bloodborne and the likes. But all the elements that make the Souls-like genre so popular are present, and Elden Ring is finely-tuned to sit atop the genre its developer redefines with each new title. A worthy winner of Game of the Year.

Inspired by arcade classics, Shredder’s Revenge is a love letter to the Ninja Turtles and an overdue return to the beat ‘em up genre they helped define. The fast-paced action, classic gameplay and familiar theme song pack a powerful nostalgic punch that’s hard for any old-school gamer to pass up. Designed for couch co-op with a few friends, prepare for great nights accompanied by discussions on why shared screen multiplayer is superior.

Another blast from the past. Return to Monkey Island concludes the classic series and finally reveals the Island’s ‘secret,’ a mystery that appeared as though it would never be solved. Series creator Ron Gilbert returns after thirty years, bringing that signature humour and a wicked new art style to wrap up the story of Guybrush, Elaine and LeChuck with emotion, style and finesse.

Weird West blends supernatural horror and RPG elements, crafting a western unlike any other. This indie gem lacks the cinematic qualities of many modern games, but its intriguing characters and deep mechanics contribute to an experience that’s just as immersive and memorable as the classic RPGs that inspired it.

Immortality is the best FMV game ever made. Masterful writing, directing and acting are on show which work in unison to elevate the interactive film genre to be on par with its contemporaries. Writer/Director Sam Barlow gets better with every game, and the engaging story and puzzles ensure Immortality is one for the ages. Those with an active Netflix subscription can download a free copy to their phones.

The unlikely pairing of Mario and Ubisoft’s family-friendly Rabbids worked wonders the first time, and their second encounter delivers on all fronts. Mario + Rabbids: Sparks of Hope pairs excellent tactical combat with a bright world brimming with puzzles and quirky characters that should scratch the itch for a new XCOM or 3D Mario adventure. 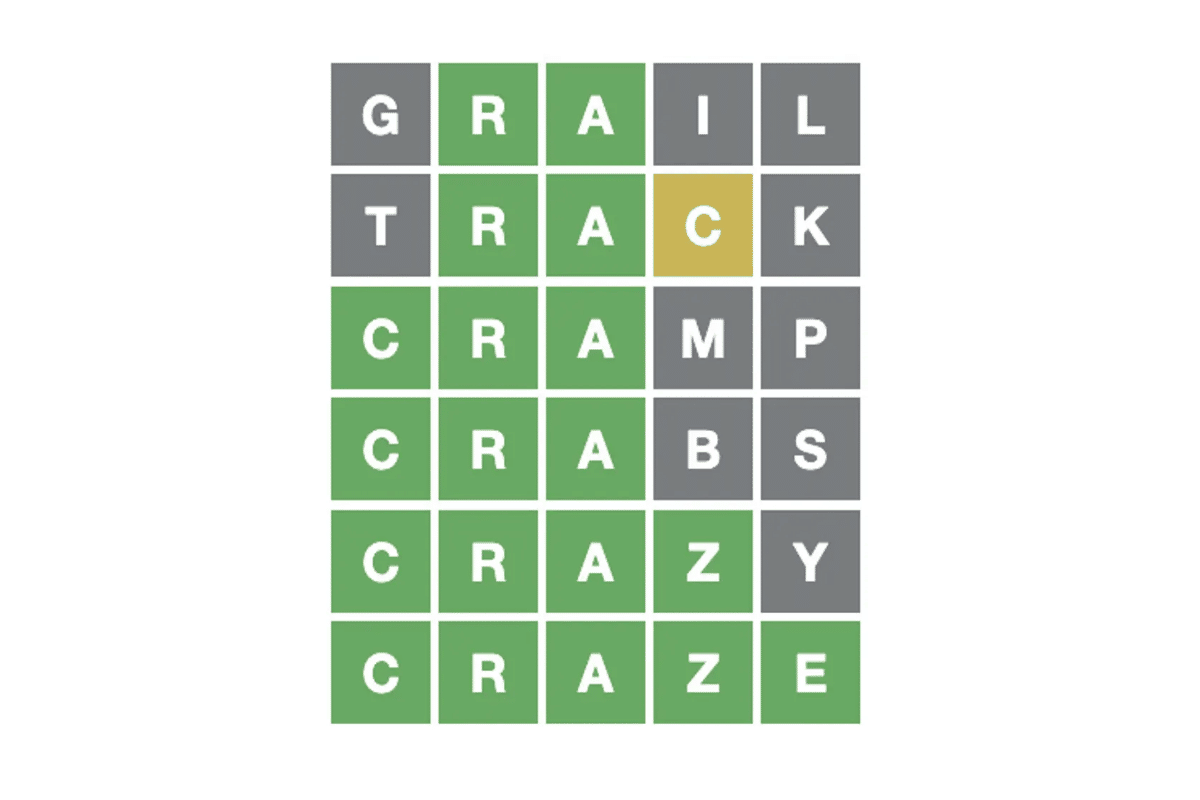 Including Wordle in our best games of 2022 list may prove a contentious move. But it’s also the only game we’ve played consistently for months on end. This web-based puzzler took the world by storm early in the year and continues to be a popular topic in group chats and lunchrooms worldwide. Capturing the charm of a daily newspaper puzzle and blending unexpected competitive elements, Wordle became routine for many, and its owner, The New York Times, asks nothing in return. The free-to-play title is a bright beacon towering over a sea of microtransactions, forced ads and increasing RRPs.

If decades of practice and discipline are the best ways to show off your martial arts prowess, then Sifu is arguably a close second. This intense action game features a rewarding combat system and an immense challenge without cheap deaths. Add in the unique ageing system and what you have is one of the best video games of the year and a developer punching well above its weight. There’s even a movie adaptation on the way from John Wick’s creator, so expect Sifu to be in discussion for years to come.

Don’t be fooled by the colourful and cartoonish design. OlliOlli World has no relation to Adventure Time. Instead, you’re looking at a rewarding skater with deep mechanics and a rich library of tricks. All elements work to form one of the best extreme sports titles in years. We recommend downloading a copy whether you’re a casual gamer or someone who grew up shredding schools and blasting Millencolin in Tony Hawk’s Pro Skater.

There’s no shortage of hack ‘n slash action games, yet Bayonetta 3 puts them all to shame. The over-the-top, oh-so-satisfying combat of this quirky, very Japanese franchise is raised to new heights, and the Nintendo Switch handles it all rather well. The story presented is far from perfect, but we can look beyond the narrative when all other elements are firing on all fronts. We can’t wait for the inevitable Bayonetta 4!

The LEGO games have always provided a solid mix of fan service and family fun. But LEGO Star Wars: The Skywalker Saga ups the ante with improved gameplay and immersive visuals that make the familiar minifigs appear as though they were pulled straight from the (expensive) playsets. The latest entry in this long-running series even crams in content from all of the main films, spinning a lighter, humorous take on a galaxy far, far away. We’ll go so far as to argue the force is stronger with LEGO Star Wars than with the entire sequel trilogy!

Developer Supermassive Games have a long history of crafting cinematic horror experiences, and The Quarry is their best to date. Spanning a single night, a group of camp counsellors are left behind to endure the blood-thirsty creatures that emerge during the full moon. What unfolds is a story that adapts to your decisions but is far less punishing than what the genre typically delivers. This is a more accessible choose-your-own-adventure regarding gameplay, yet the gore and more keep it strictly adults-only.

NBA 2K23 pairs improved gameplay with best-in-class visuals and improved AI for what developer Visual Concepts, or at least the publisher, described as one of the most immersive sports products in modern gaming. We tend to agree. There are improvements across the board with this latest entry, and the return of The Jordan Challenge is the icing on the cake.

In our review, we described Gran Turismo 7 as a love letter to everything on four wheels. It’s equal parts driving simulator and celebration of car culture. You can see this in the realistic feel of the 400-plus rides, all created with astonishing attention to detail. The latest entry also makes the franchise more inviting to newcomers without sacrificing anything that makes it special.

Did you think we’d forget about Kratos? Not a chance! God of War Ragnarök bookends our best games of 2022 list, but if we ranked them all in order, we’d be looking at the top. This blockbuster sequel lives up to the acclaim of its predecessor and, in some ways, rises even higher. It’s an action-packed, emotionally charged epic that must be played. Unfortunately, Ragnarök didn’t take home top honours at The Game Awards 2022, even though it’s worthy of the prize. Regardless, you’re looking at one of the absolute best PlayStation games.

Some of the best and critically acclaimed include God of War Ragnarok, Elden Ring, Sifu, Return to Monkey Island, Bayonetta 3, The Quarry and who can forget Wordle!

God of War Ragnarok and Elden Ring cleaned up, winning many awards, with the latter also taking home Game of the Year.

We’re looking forward to heavy hitters like Starfield, Atomic Heart, the Resident Evil 4 remake, Hogwarts Legacy, Diablo IV and The Legend of Zelda: Tears of the Kingdom, among others. 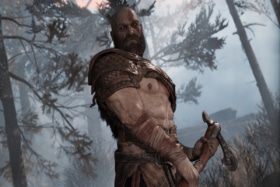