Before you get caught up in the hype of E3, take a moment to check out all the great games launching throughout June. The releases are not slowing down at all, with huge titles like Super Mario Maker 2, the Crash Team Racing remake and the Yakuza spin-off Judgement all coming within the next few weeks. There’s also F1 2019 for fans of realistic racing, and we can’t wait to get our hands on the indie game My Friend Pedro. Take a look at the top news games of June below.

My Friend Pedro is a violent ballet about friendship, imagination, and one man’s struggle to obliterate anyone in his path at the behest of a sentient banana.

Unleash a torrent of destruction with an incredible level of control over both your weapons and your body. Twist and turn through the air while aiming both hands at threats or line up a perfect ricochet to drop an unsuspecting gangster from behind. When the action ramps up to a frenzy, bring it all into focus by shifting into slow motion.

Break up the high octane running and gunning with dynamic motorcycle chases or slow it down with a series of clever (and possibly fatal) physics-based puzzles. The strategic use of split aiming, slow motion, and the stylish window breach create one sensational action sequence after another in an explosive battle through the violent underworld. Available June 20.

Mario fans of the world unite to play, create, and share their own side-scrolling Super Mario courses. Dive into the single-player Story Mode featuring over 100 levels and help rebuild Princess Peach’s castle.

Then, design your own courses, alone or with friends. Use a wide range of iconic parts, tools, and more. Want coin-shooting cannons? Bowser riding a giant Goomba? Cat Mario sliding down slopes to take out an army of baddies? Go for it!

A Nintendo Switch Online membership gives access to Course World and its wealth of online content. Track your rankings, share your creations and save online courses locally for offline play. It’s the classic side-scrolling Mario that you know and love but made more difficult by gamers who throw casual out the window. Available June 28

The classic Crash Bandicoot kart racer from the late ‘90s returns to the driver’s seat, remastered and revved up for modern consoles. Expect that muscle-memory to kick in as you power slide, jump and race your way to victory in full HD and 4K where available.

Accelerate through all 13 original tracks plus new ones set across Adventure, Single Race, Cup Race, Time Trial and Battle Modes and for the first time, race online competing with friends for the leaderboards. Players can race as Crash, Coco, Dr Neo-Cortex and more. It’s CTR from the PS1 days, kicked into the highest gear. Available June 21

Defence lawyer turned private detective Takayuki Yagami is a troubled individual. His former client who was found innocent turned out to be guilty as hell, and now a serial killer is taking out Yakuza members, and the criminal organisation want Takayuki’s help.

In Judgement, players will push their investigative skills to the limit to uncover the secrets that lie deep within Kamurocho’s corrupt underbelly. LA Noir style gameplay returns as players interview suspects, search for evidence, tail criminals and beat the shit out of anyone who gets in their way.

Take down groups of thugs with sweeping blows in Crane Style, then switch to Tiger to overwhelm a single foe with a series of powerful strikes. Practice mixing-and-matching styles in conjunction with a wide variety of skills, weapons, powerful and often hilarious EX Actions that unlock a whole new dimension in combat.

Judgement comes from the makers of the Yakuza game series. Like those games, players will explore a slice of bustling Tokyo, encounter quirky characters and discover arcades full of SEGA classics. Available June 25

F1 2019 features all the official teams, drivers and 21 circuits from the 2019 season. Building on the success of previous iterations, F1 2019 is set to deliver an experience that rivals the quality and production values of its real-life race counterpart.

With a greater emphasis on graphical fidelity, the environments have been significantly enhanced, and the tracks come to life like never before. Night races have been completely overhauled, creating vastly improved levels of realism, and the upgraded F1 broadcast sound and visuals add further realism to all aspects of the race weekend.

A new in-game esports area gives players the latest news and highlights from the F1 esports Series and makes it easier to sign-up and participate in online qualifiers. For multiplayer, a new League functionality allows players to find and create tournaments, compete in weekly challenges and customise a 2019 F1 Regulation Car, designed in collaboration with Ross Brawn and Pat Symonds. Available June 28

Inspired by the universe of H.P. Lovecraft, players take on the role of Charles W. Reed – a private investigator looking into a mysterious flood inundating Oakmont, Massachusetts. It’s where you discover that darkness has seized the place and corrupted the minds of the inhabitants and also your own.

Explore a vast open-world by foot, by boat and in a diving suit. Make use of weapons from the 1920s to take on nightmarish creatures and manage your mental health as you untangle the truth behind the madness. The Sinking City is said to have high replay value through its open-investigation system as each case can be solved in several ways with several possible endings depending on your actions. Available June 27

In a world ravaged by war and magic, you must rise to face the Chaos hordes. Playing solo or with up to four in local or online co-op, choose a hero and prepare for epic battles wielding some of the most powerful artefacts of the Old World. This is the first Hack-and-Slash game set in the Warhammer universe. It’s Diablo-inspired and should fill that void for anyone dying to get their hands on the inevitable Diablo 4.

Choose from 4 different character classes, each with their own unique skills and equipment. Fight over 70 different monsters and epic bosses while making use of over 180 skills. Warhammer Chaosbane is optimised for replay. In addition to the story mode, there’s a boss rush mode, countless dungeons and regular updates adding new content. Available Now 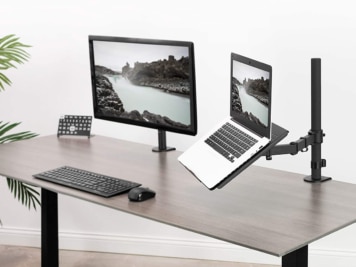