The 1970 Plymouth Barracuda Terracuda by Foose Design used a very unique process in its build, one that literally had the car turning upside down. Chip Foose came up with the idea for the Terracuda when he was approached by Darren Metropoulos to build a car that matched his Breitling watch. The build started with a 1970 Barracuda. The car was already a stock unibody, but Chip opted to go for a full frame, body on chassis build. That design meant designing a new frame, which Chip turned to Art Morrison to make. Once the frame was completed, the car was turned upside down and the chassis was lowered onto it. Coming at the project from this direction allowed for the body to be cut away strategically while also fully welding it to the frame, creating a rigid body-to-frame interface that eliminated body flex.

Under the hood—a custom, on-off steel hood that was molded and stamped specifically for this project—sits a 392 HEMI crate engine. A Corvette C5 front suspension was installed, paired with a Ford 9” rear end with a four link. The front wheels were moved forward three inches. Other customizations included reshaped front and rear fascias as well as a new front grille and grille insert.

The interior is spectacular as well. Ferrari factory leather was used throughout, including for the two seats. Root beer brown was used as the base color with gold stripes for accents. And don’t miss the Terracuda fish logo. 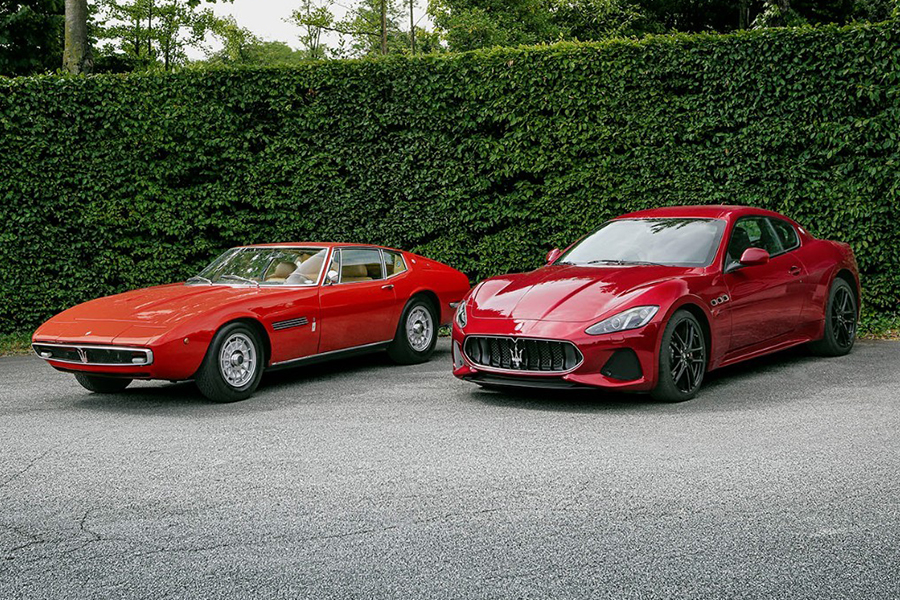