Every bloke’s had a moment of panic at least once in their life where they’ve thought that maybe it’s possible to be too handsome, but in a research paper released last year by psychologists at Florida State University, the theory may have proved to have some merit.

As reported in the Florida State University News, a study, which examined women of varying levels of attractiveness, showed that women were more likely to be motivated to diet and exercise if their husbands were attractive, especially if those women were rated less attractive themselves. Doctoral student Tania Reynolds and Assistant Professor of Psychology Andrea Meltzer observed that wives who were rated as more attractive than their husbands were not as motivated to diet, whereas husbands dieting decisions were not driven by their wives’ attractiveness, no matter where they sat on the scale.

Designed to offer insights about a woman’s expectations with regards to body image in a relationship, the study hopes to identify behavioural patterns in women at risk of developing unhealthy eating patterns. Building on previous research from the Meltzer lab, which found that marriages tend to be more successful if the wife was more attractive than the husband, the study looked at 113 newlywed couples in their late 20s, who all agreed to be rated by an unbiased panel on their individual attractiveness.

While one could argue that a motivation to diet and exercise is not always a bad thing, the inequity between behavioural attitudes between the sexes gives an interesting look at how relationship dynamics can work on a sub-conscious level.

If you just got married and you’re worried about that bronzed six-pack and chiseled jawline intimidating your new love, then remember that this is just one study. But if you’re on the market and want to give that happily-ever-after ending an extra chance, find yourself an Emily, Alexis or any one of these girls, so you’ll never run the risk of upstaging your one true love. 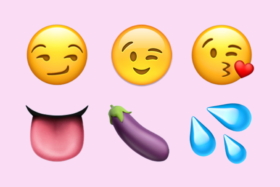